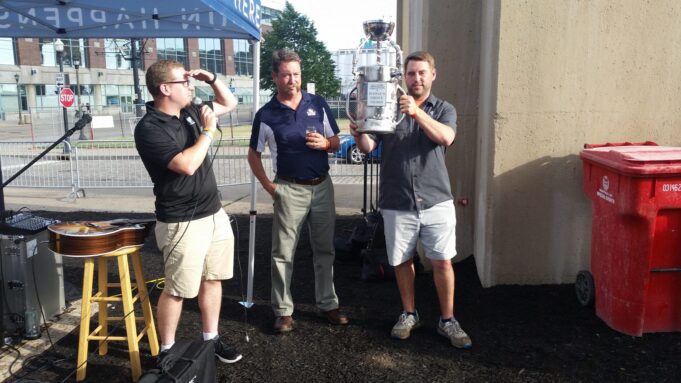 The Buffalo Brewers Festival will host more than 30 New York State breweries, 6 bands on two stages, food vendors, and a “meet the Brewers” tent where highlighted breweries will feature their signature craft beers. There will be live music throughout the event from 3-10pm, with the soulful, rootsy blues Southern sounds of J.J. Grey & Mofro headlining the event.  At the same time, several local Buffalo bands will performing on the side stage throughout the event.

“The Buffalo Brewer’s festival at Canalside is a special event which brings the Buffalo brewing heritage and culture full circle to Buffalo’s inspirational waterfront,” says John Russo, founder of Hamburg Brewing Company, one of the local breweries to be represented at the event.

“It is an event that engages the beer consumer in the most important part of brewing culture…. FUN! When great food, great music, and great beer collide it becomes a celebration of what us Buffalonians enjoy.” (Buffalo Rising)

The “Meet the Brewers Tent” will host featured brewer talks with beer and cheese pairings from local Western New York farms.  With the focus to supporting local business, there will be 5 food trucks on site ranging from BBQ, Vegetarian and Mexican.

Advanced tickets are on-sale now for $40 and VIP tickets are available at www.buffalobrewersfestival.com.

For more information about the event, visit their Facebook page.