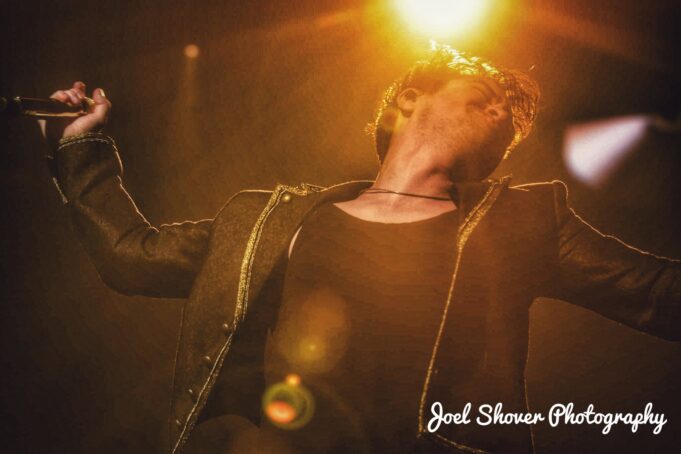 Panic! At The Disco perform on October 04 2022 at the FLA Live Arena in Sunrise, FL Review by Joel Shover.

Panic! At The Disco brought their Viva Las Vengeance Tour to the FLA Live arena in Sunrise, Florida on Tuesday, October 4th 2022. Less than a week after Hurricane Ian wreaked havoc on Florida, this show was bringing back some sort of normalcy for those that were affected. Even though Brendon Urie’s solo project could entertain the eager South Florida crowd with Panic! At The Disco Itself, he chose not one, but two, blockbuster opening acts!

After parking my car at the state-of-the-art FLA Live Arena, I happened to look up at the sky and noticed it to be cloud free for the first time since I can remember ever coming to this venue. I can attest that every other show prior to this I was rained on at some point! Tonight, that was not the case as the South Florida crowd were checking out all the fan displays on the concourse before making their way through the security lines into the FLA Live Arena.

As the sun was setting in Sunrise, FL, fans were treated to something of historic sorts when Jake Wesley Rogers took the stage. Automatically you couldn’t help but think of the legendary Sir Elton John, but this was more, this had something different and it was very alive. Jake showed his powerful vocal cords along with rocking piano skills. His powerful and colorful performance was a show that is sure to be a headliner, coming to your town before to long!

Next up was the beautiful and stunning MARINA (AKA Marina & The Diamonds). Marina Lambrini Diamandis from Wales, is a singer/songwriter promoting her latest album Ancient Dreams in a Modern land. She took the crowd by storm as she shined bright under the lights. The shear grace in her voice as she danced around the stage. Marina got the crowd rocking and rolling and totally ready for Panic! At The Disco.

The South Florida crowd welcomed them in full force as they came out singing Say Amen (Saturday Night) into the Billboard number 1 song Hey Look Ma, I Made It. The party was just starting when the champagne, cocaine, gasoline and most things in between lyrics were being echoed through the arena with the party anthem Don’t Threaten Me with a Good Time. Panic! Played 3 more songs before jumping into the new album Viva Las Vengeance in its entirety. Urie himself has said that Viva Las Vengeance is about who he was 17 years ago and who he is now. The crowd rocked through the 12 track setlist but they wanted more of the old stuff! Panic! Delivered with hits like I write Sins Not Tragedies, Nine in the Afternoon, and High Hopes.

Panic! at the Disco photo gallery