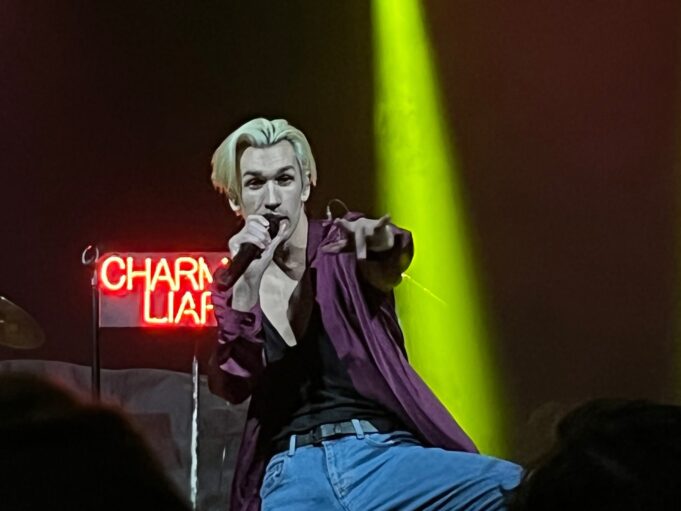 Back in 2018, Charming Liars played at the now-defunct Bootleg Theater in Los Angeles, CA. The British alt-rockers, at the time, possessed a high-energy, enthusiastic and infectious set of music which was comparable to Bush with a post-grunge sound, U2-ish anthemic hard rock, and in the vein of 80s new wave territory of Depeche Mode. However, at the heart of it, their sound was a straightforward melodic rock.

Four years later, The Charming Liars are more seasoned as performers and songwriters with more touring road miles behind them as well as honing their crafts releasing more music and developing as a trio and broadening their musical palette. With a new EP out, Sequence 2: The After, the band promoted via tour dates with The Struts from January 18th through the 28th 2022.

This EP is autobiographical in nature and explores the loss of loved ones. On January, 23, the Charming Liars’ growth was on display. The band performed just as passionately as in the past as a fledging act who have now become an even more confident, seasoned band of musicians. They took the stage at the Majestic Theater with confidence, flair, panache, and determination. The show was a dynamic set filled with dramatic physical and theatrical gestures and posing with a stunning backdrop of striking music soundscapes. The seven-song setlist was a solid effort marked by great performances including “Disco Elvis,” “Wreck It All,” “Like a Drug” and “Pieces.”

From the SF date on this tour: