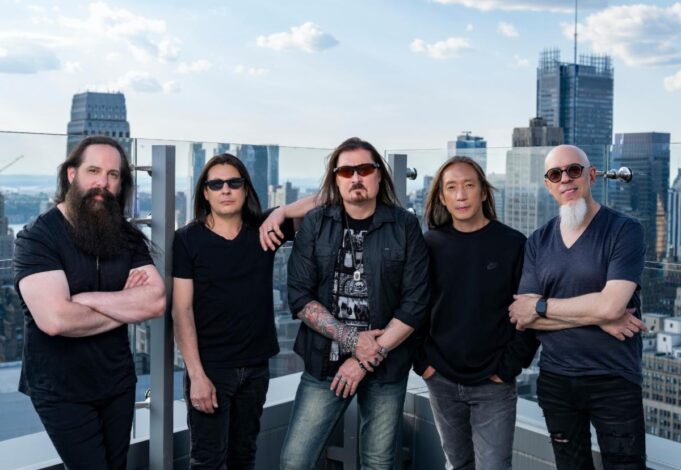 Following the recent success of their 15th studio album A View From The Top Of The World, two-time GRAMMY-nominated and millions-selling progressive music titans Dream Theater are announcing the rescheduled dates for the recently-postponed Top Of The World Tour. The dates will now kick off in Mesa, AZ on February 2nd and run 7 weeks before ending in Austin, TX on March 21st. The tour will also make stops in Los Angeles, CA; Quebec, QC; New York, NY and Dallas, TX among others and will mark the first live performances of music from the band’s latest release A View From The Top Of The World. Arch Echo will be the opener on all dates in the United States and Falset will be the opener on all of the dates in Canada. Information on tickets for all upcoming shows as well as VIP packages can be found at www.dreamtheater.net.

Dream Theater released A View From The Top Of The World in October and the release week saw the album top the charts hitting #1 on the Current Hard Music Charts, #2 on the Current Rock Albums Charts and also debuted at #52 on the Billboard 200. The album also shot to #1 on the iTunes Store Top Albums Metal chart, #1 on the Top Rock Albums, reached #4 on All Genres iTunes Top Albums and hit #2 on the Amazon Best Sellers in Rock (CD format) only to be topped by The Beatles reissue of Let It Be on release day. Dream Theater released 3 music videos from the album so far. Check out the an animated video for album opener “The Alien”

Fans are also digging the the video for the first official single “Invisible Monster.”

A View From The Top Of The World is now available everywhere music is sold and streamed and is also available for order here.

Dream Theater – comprised of James LaBrie, John Petrucci, Jordan Rudess, John Myung and Mike Mangini – was in the middle of a sold-out world tour in support of their last release Distance Over Time and the 20th anniversary of Scenes From A Memory when a Global Pandemic brought the world to a stop. The musicians found themselves at home with LaBrie in Canada and the rest of the group in the States. As fate would have it, they’d just finished construction on DTHQ (Dream Theater Headquarters) —a combination live recording studio, rehearsal space, control room, equipment storage, and creative hive. With LaBrie in Canada, he initially wrote with the band via ZOOM on a monitor in DTHQ. In March 2021, he flew down to New York, quarantined, and recorded his vocals face-to-face with Petrucci.

The album ultimately threaded together lean and uncompromising hooks with tried-and-true technical proficiency.

The complete schedule for the first leg of North American dates for the Top Of The World Tour are: