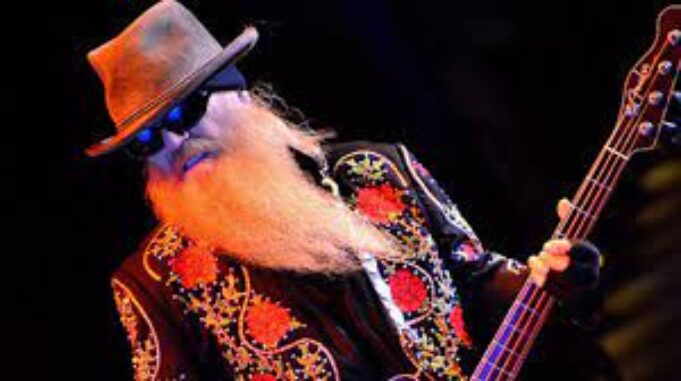 We are so sorry to report on the passing of Dusty Hill, long time bassist for one of the most classic bands in rock and roll history, ZZ Top.

Along with his bandmate Billy Gibbons Hill was known throughout the world for his long flowing beard which was a hallmark of their look. The band toured the globe for decades and along with Rush may be among the most successful trios in rock music history.

Combining elements of the blues and soul with gritty rock and roll became the benchmark of ZZ Top’s sound, dragging them from Texas to the world stage. Throughout the seventies the band was a bit of a cult classic turned album oriented rock staple. But in the 1980s with the advent of MTv, the band became huge through that medium via their videos featuring their unique look, unique cars, and attractive women. This led to a resurgence in interest in the band and ultimately ushered them into popularity that they had never known before.

In addition to the bass, Hill lent songwriting, keyboards and vocals to the band. Hill had recently pulled out of a few shows due to a lingering hip issue, and the band continued with a bass replacement which they say was at Hill’s request. He passed in his sleep.

Dusty Hill was born in Dallas Texas in 1949 Joseph Michael Hill. In 2004 he was inducted into the Rock and Roll Hall of Fame. He was 72 years old.

Rest in Peace. Our condolences go out to his family and fans.