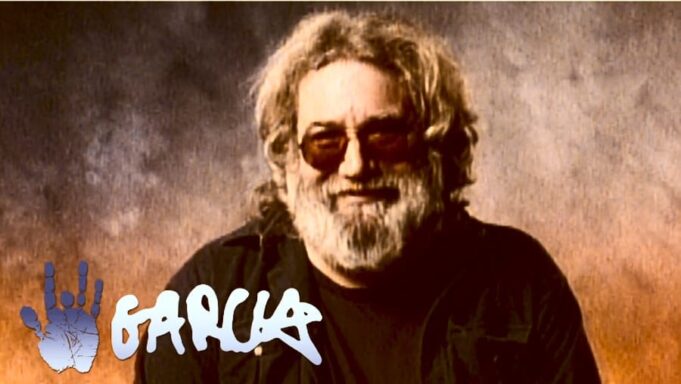 New documentary offers rare glimpse of the man behind the legend.

LOS ANGELES, CA.— March 25, 2021 — Co-producers Jerry Garcia Music Arts LLC with Malcolm Leo and Dean Loring Gelfand of Malcolm Leo Productions are set to release an immersive film experience that focuses on the creative spirit of Jerry Garcia. “Jerry Garcia, Artist” is a documentary based on a 1987 interview directed by Leo and filmed at Front Street Studio in San Rafael, California, by the Academy Award-winning cinematographer Russell Carpenter. It features Garcia speaking in his own voice directly to his audience about his music and art. Garcia’s family is coproducing the documentary and has contributed visual art and music to the project. The documentary includes a charitable component that will benefit the Jerry Garcia Foundation as well as a charity of the Co-producer’s choice.

“We envision an uplifting, immersive experience focused on my father’s art and music,” said Keelin Garcia, Jerry Garcia’s daughter, coproducer of the project and president of Jerry Garcia Music Arts. ” The story is authentic. My father narrates the film in his own words, directly to the audience.”

The documentary captures Garcia at a peak moment as he eloquently reflects about the life he lived and the music he loved to make. He was unabashedly open to a wide array of subjects, offering a “nothing-off-limits” interview. The documentary provides a journey into Garcia’s private world through his personal musings, drawings and insights, including unpublished diary entries, rare family photos and home movies and newly discovered performances.

Leo, producer and director, and Gelfand, producer, have been combining their special talents rooted in the music industry through their work with Malcolm Leo Productions and, more recently, MELLOWDEE. The Jerry Garcia venture is a natural fit.

“This project is a labor of love for all involved,” said Leo. “And it is the fulfillment of a promise I made to Jerry long ago to do something special with the footage. The film will honor one of the country’s most beloved musical heroes and cultural icons.”

An American producer, director, and writer who in 1983 formed his own production company, Malcolm Leo Productions, has overseen a wide range of projects from “This is Elvis” “Heroes of Rock n Roll” “Beach Boys: an American Band” to the Emmy-nominated “LIFE Goes to the Movies.” Leo recently joined Dean Gelfand to form MELLOWDEE, a marketing and production entity that develops music-related projects drawn from his large rock and pop-culture film and video holdings.

The founder of three of music entertainment’s merchandise and licensing agencies, Dean Loring Gelfand has a long, lucrative history with ties to the music industry. As a dreamer with an it-CAN-be-done philosophy, Gelfand was led to co-found MELLOWDEE with Malcolm Leo to develop music-related projects into works of art.