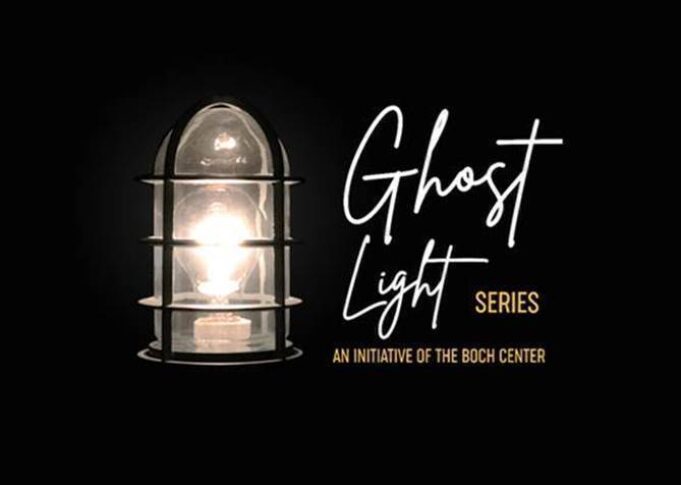 Series to debut on NECN Friday, September 25 at 7:30PM

For centuries, theatres around the world have had what is known as a Ghost Light, a single lamp left shining when everyone has left. The legend is that this light protects actors, patrons and theatres from bad luck and ghosts. Each half-hour show in the Ghost Light Series will feature artists performing to an empty audience on the Boch Center stage illuminated only by the Ghost Light. There will be no amps and no spotlights, just the artists and their instruments, playing and sharing stories, and revealing what it is like to be a musician at a time when you are cut off from your audience.

“We will not go dark. We are still here, and as long as we are here, we will try our best to bring people live music,” said Joe Spaulding, President and Chief Executive Officer of the Boch Center. “The Ghost Light Series allows us to give artists a voice in this uncertain time and show the incredible talent in New England and beyond.”

Guests watching at home or online are asked to support the Boch Center and the Folk American Roots Hall of Fame by making a donation or naming a seat at bochcenter.org/donate.

“NECN is dedicated to supporting our New England arts scene during this trying time,” said Maggie McCarthy Baxter, Vice President, Programming NECN. “The Ghost Light Series will take our viewers inside one of the greatest performing arts centers in the country as we all find new ways to connect with our favorite New England artists during the pandemic.”

The Ghost Light Series will premiere Friday, September 25 at 7:30 PM on NECN.

For more information on the Ghost Light Series, head to bochcenter.org/discover/ghost-light-series.

Drop us a line at [email protected] with your live music news, concert memory, show review, or to say Hello!

Check out the search feature in the upper right corner of the website to search for your favorite artist, venue, or event. There is lots of original content here including exclusive audio and video.