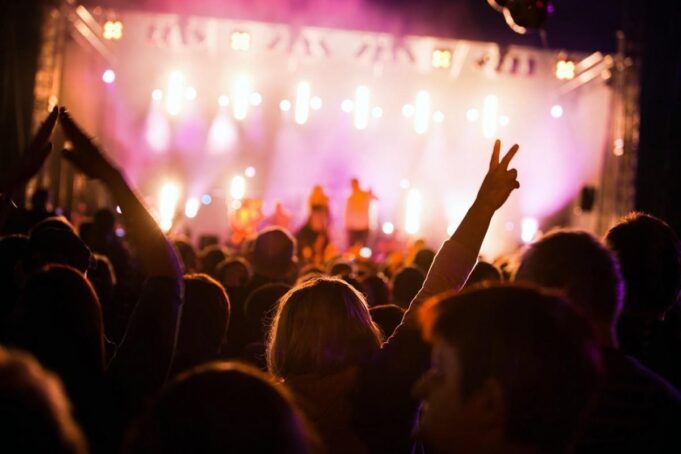 Every decade brings its own flavor of concerts that will be remembered for decades to come. The 20th century had its fair share of memorable and iconic concerts, ranging from the Jimi Hendrix Experience worldwide tour to Johnny Cash at the San Quentin Prison. Then again, the 20th century was geared for mind-blowing concerts.

It was a time before music streaming services and there were much fewer bands back then. Nevertheless, amidst the seemingly endless list of new bands, the last decade has delivered some amazing concerts. Here are the best ones from the last 10 years.

These guys do not seem to know the meaning of the word retire. There are but a hand full of bands that have stood the test of time.

For 56 years, The Rolling Stones have rocked the crowds all over the world and this concert showed that they were not about to call it quits. In 2013, they celebrated their 50th anniversary in style, but that show was eclipsed by this one.

Not because the show was anything else than what you would expect of a Rolling Stones concert, but because of the recent heart surgery that Mick Jagger had. If anything, this show was a statement that they were still in the game and going strong.

Attending such concerts is a dream thing to happen to anyone. If you are pressed because of pending college assignments, deal with essay with Edubirdie. It’s a premier essay writing service that can help you with essays, thesis, dissertations and other coursework.

From the video channel of Riff Magazine:

In 1999, Metallica did what no other metal band had done before and they merged two of music’s biggest genres. Together with the San Francisco Symphony Orchestra, they blew the minds of classical and rock fans alike. 20 years later, they decided to do it again and they did not disappoint.

You could feel that history was in the making as the band made their way to the center stage to the sounds of Ennio Morricone’s ‘Ecstasy of Gold’. What was to follow was a mind-blowing display pure rock magic.

The old-timers had to show the new kids on the block how things worked back in the day when music still had a soul. Four days after the Eagles performed at the same venue, Tom Petty and his band of Heartbreakers took to the stage and put on a show with abandon.

Throughout the entire 18 song setlist, you could see that these guys were doing this out of passion. They weren’t just playing a set; they were showcasing their souls. Three years later, Petty and the band did a final 40th-anniversary tour. Shortly after the tour, Petty died, but he did so while doing the thing he loved the most.

Long live the Prince. In 2016, the world was shocked by Prince’s untimely passing when he overdosed on fentanyl. This happened shortly after his Piano and Microphone tour. However, the show that stood out from the rest had to have been the one at Paramount Theatre.

During this tour, Prince left his backing band behind and left the crowds breathless with his stories and piano arrangements. No one would have guessed that this would be his final tour, but it seems all too fitting, seeing that he gave a performance that he, himself explained as being something that he had never done before and wanting to challenge himself.

From the video channel of CraazyUnicorn

With Lady Gaga, it is hard to pinpoint a single performance. In this case, the whole tour was a massive success, of which the fans could not get enough. Of all the recent names to have hit the stage, Lady Gaga stands out above the crowd. Even the non-fans were drawn to the spectacles that this talented singer delivered.

It comes as no surprise when one considers that she is the one who once donned a meat gown. This show gave the fans a glimpse into the mind of Gaga with scenes of birth and death intertwined with a struggle for acceptance in a fractured gothic castle. A most fitting scene for one of the decade’s most enigmatic singers.

As the music scene is changing, artists all over the world are looking for their place under the sun. Streaming services and technology have made it possible for almost anyone to produce a studio-quality sound from their garage, but the heart of music still lives in the live concert. Although there are now more bands than any other time in history, there are still some spectacular, life-changing shows that present themselves to us, the humble fans. If the last decade has taught us anything, it is that the show is far from over and that the best is yet to come.

Vendy Adams works as a volunteer for an NGO based in South America, which is on a mission to educate every student living in the remote areas. She’s a prolific writer and academic writing is her other job where she covers theses and dissertations. In her free time, she practices mindfulness, plays hockey and loves cooking Italian food.