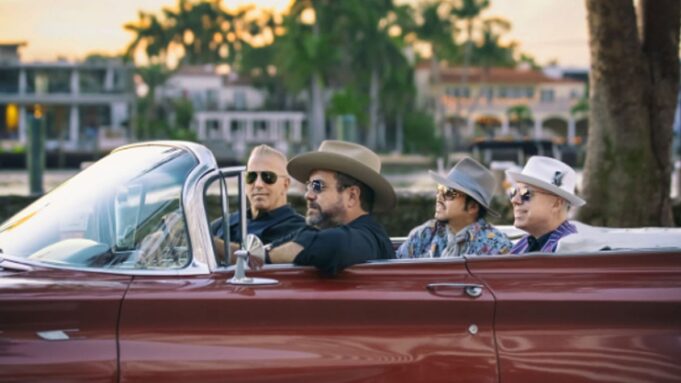 Since last year, the multi-platinum, Grammy-winning, rock ’n’ roll-country-Tejano phenomenon The Mavericks have celebrated 30 years of entertaining millions of people around the world with a whirlwind of new activity.

The band now announces the conclusion of its 30th Anniversary World Tour with a final run of dates across America and Canada. The tour follows the November 1, 2019 release of their critically acclaimed covers album The Mavericks Play the Hits, which pays tribute to the songs and artists that have inspired their 30-year career. From the Philadelphia Inquirer: “On Play the Hits, they Mav-erize 11 numbers, but not with a one-size-fits-all approach. Rather, the performances reflect the breadth and thrill of their own music over the last three decades…” Saving Country Music adds: ”These are renditions you never knew you wanted, but now feel like you’ve needed all your life.”

The final run of 30th World Tour dates will feature stops at legendary Mavericks hotspots, including two nights in Austin, Napa, Philadelphia, & Portsmouth and three nights in Kansas City, along with notable stops in Vancouver, San Francisco, Asbury Park, Indian Ranch, and Tanglewood. Says the band’s Eddie Perez, “What a beautiful journey it has been celebrating 30 years of music & memories together in 2019! We are grateful for the continued love and support of our friends, family, and fans, and are thrilled to bring this special show to some of our very favorite places on the final leg of our 30th Anniversary World Tour in 2020. It will be another exciting year on the road and we look forward to seeing everyone soon!”

Tickets for the final tour leg will go on sale to the public Friday, Feb. 14th, with select additional dates to be announced. For all details, info, and tickets, please visit themavericksband.com.

The Miami-born Mavericks — back and better than ever since their reunion in 2012 — are marking three decades of uniting great Latino and American music traditions with a series of special events that celebrate a great past and look forward to the future. Over the spring and summer, the Mavericks will perform a unique version of their renowned live show that has won over crowds internationally, including appearances at some of the finest venues in Europe, Canada, the U.S., and the U.K.

With special staging and a unique narrative, this anniversary show will reimagine the group’s catalog, from their early days in Miami’s punk and alternative scene through their chart-topping years in the ’90s and 2000s and right up to their reunion and creative rebirth. As well as telling storyof the Mavericks, the shows will chart the many ways in which they have intertwined traditional Tex-Mex, Latino, Norteño and Tejano music with country, rock ’n’ roll and the great American songbook — a true American story of cross-cultural inspiration.

When they reunited in 2012, the Mavericks promised one another that they would never become a nostalgia act and they’ve been as good as their word.

“I’m not one to look back, I never have been,” says co-founder, singer and key songwriter Raul Malo. “I always want to move forward with our music and look to the future, and our fans want that too — they always respond really well to every new album.

“But if you can’t celebrate 30 years in such a tough business as the music industry, what can you celebrate? I’m proud that we’ve made our mark and it’s good to celebrate that. I think we’ve found the perfect way to mark these 30 years without thinking only about the past and I’m really excited to get out and play these shows.”

Now releasing music and developing artists for their own Mono Mundo Recordings label via Thirty Tigers, running their own live shows and controlling every aspect of their career, the Mavericks are in charge of their own destiny — and they’re enjoying it.

Few bands get to see even ten years in this business, let alone 30. With a past to be proud of and a future still to be written, it’s time to celebrate the Mavericks once more.