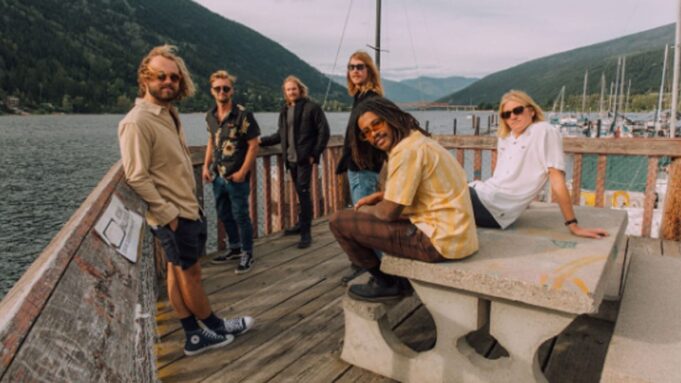 Today, Australia’s beloved Ocean Alley have revealed dates for part one of their North American headline tour taking place this summer. Making their way through the eastern United States and Canada, the band are set to captivate even more audiences with their soulful melodies and infectious blend of indie, funk, and psych-rock. Last week, Ocean Alley also announced their first Australian headlining tour since 2018 taking place this May/June, already selling out Sydney’s 5,500 capacity venue Hordern Pavilion with a second date now added. Launching into the new decade, Ocean Alley are fresh off Australia’s Laneway Festival and a stint in New Zealand, including playing to a sold-out crowd of 52,000 as direct support to Six60 at Auckland’s Western Springs Stadium. After a thrilling 2019 ending with 30 sold-out performances around the world, the band have played their biggest shows worldwide to date. The tour announcements follow the release of the reflective new video for their latest single “Tombstone” which chronicles standout moments from the 12-month journey of Ocean Alley’s breakthrough year.

Tickets for the tour are on sale Friday, February 28th at 10AM local time, with an exclusive 24-hour pre-sale via Spotify Fans First starting today at 2PM EDT.

Ocean Alley have solidified their position as one of Australia’s most exciting prospects. They have captivated audiences worldwide with their infectious blend of psychedelic surf-rock, selling out a slew of shows at home and abroad, as well as performing global festivals including Splendour In The Grass (AU), BottleRock (USA), Reading & Leeds (UK) and Bay Dreams (NZ). The band also found time to curate the sold-out, inaugural A Day For The Beaches – a community event held on the Northern Beaches of Sydney in November 2019 to raise money and awareness for local charities One Eighty (Youth Mental Health) and Cerebral Palsy Alliance. The band have two albums under their belt, Lost Tropics (2016) and the critically acclaimed Chiaroscuro (2018), which peaked at #11 on the ARIA Chart and spawned the triple j Hottest 100 #1 and ARIA Top 10 Double Platinum-certified single “Confidence,” that was nominated for ARIA Song of the Year in 2019. With 3 new singles released in 2019 and having surpassed 200 million catalogue streams, Ocean Alley are set to bring their emphatic live show to some of the biggest venues they’ve played in North America through June & July.