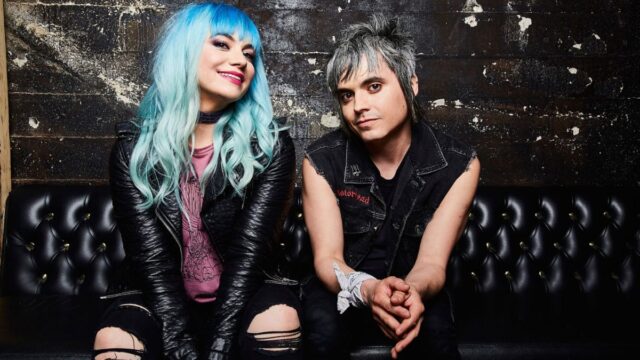 The Dollyrots are once again gearing up to bring their trademark melodic pop-punk party to the masses as they get set to embark on a spring tour run kicking off on March 17 with Not Ur Girlfrenz opening and Year of The Fist on select dates.

The band is also releasing a new 7’’ on cloudy clear splatter vinyl that includes a brand-new song “Make Me Hot,” with a B-side of Lisa Loeb’s 1994 Grammy nominated number-one hit “Stay,” with a Dollyrots twist. The 7” will be available on March 17 on Little Steven van Zandt’s Wicked Cool Records.

The bands 2019 album Daydream Explosion was deemed by NPR as a ‘Notable Release’ and Huffington Post called it “foot-stomping medley” as it debuted on three billboard charts. Their 2017 album Whiplash Splash hit Heatseekers chart at #13 and on the Independent Albums chart at #31. The band’s 2016 live album/DVD Family Vacation: Live in Los Angeles hit #15 on Heatseekers, while previous studio album Barefoot And Pregnant peaked at #7 on the same chart.

Need a daily dose of Dollyrots? Catch Kelly Ogden’s radio show weekday mornings from 4am ET to 8am ET on SiriusXM’s Underground Garage (ch. 21).  Subscribers will be able to listen on SiriusXM radios, and those with streaming access can listen online, on-the-go with the SiriusXM mobile app and at home on a wide variety of connected devices including smart TVs, Amazon Alexa devices, Apple TV, PlayStation, Roku, Sonos speakers and more.

Available for presale now at: http://bit.ly/DollyrotsMerch
Pre-Save it here: https://orcd.co/makemehot