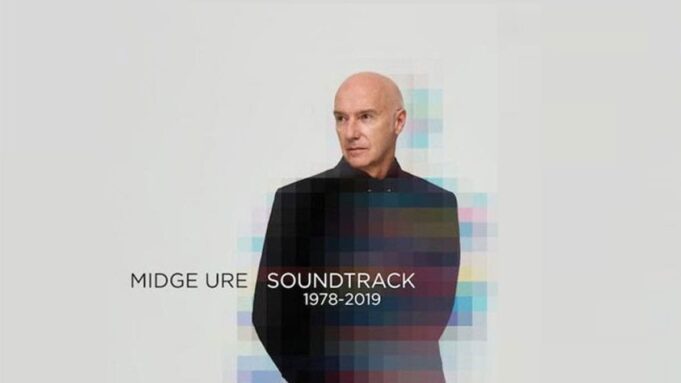 Direct from the hugely successful UK leg of the tour, Midge will be performing solo acoustic versions of his catalogue and taking questions, and maybe the odd song request, from the audience. The tour was originally billed as a duo, but the musician set to join had to drop out and Ure decided, “The show must go on.”

There is plenty to talk about, too, while covering a 40 year professional career: Ultravox, Solo work, Band Aid, his Orchestrated album from 2017 – and anything the audience can think of to ask him!

This is as close as you can possibly get to the man, his life and his music. An event as real, honest, uplifting and poignant as his songs.

Midge Ure released Soundtrack 1978-2019 on September 20th via Chrysalis Records. The 32-song collection encompasses four decades of Ure’s rich and varied career. In addition to many classic Ultravox and Midge Ure solo tracks, this collection also features previously unreleased material. One of these songs is a new remix of 2014’s ‘Dark Dark Night’, co-written and performed with Moby.

The collection also features collaborations with the likes of Kate Bush (Sister And Brother), Sir George Martin (orchestral arrangement on All In One Day), former Japan member Mick Karn (After A Fashion), and Heaven 17’s Glenn Gregory (Personal Heaven).

The double CD version also comes with an accompanying DVD. The DVD features video promos from the Rich Kids and Midge’s solo work and collaborations. Later videos by his Band Electronica, and bonus documentaries.

The collection is also be available to buy as a special limited edition clear, single vinyl LP, which will feature the Chrysalis solo singles. Only available through Midge’s online store.

Midge Ure has an impressive back catalogue fronting the groundbreaking electrorock band Ultravox who reformed briefly in 2009 as well as being a member of such notable bands as Visage and Thin Lizzy in addition to Band Aid where he produced and co wrote the smash charity single ‘Do They Know It’s Christmas,’ still one of the biggest singles in UK music history. He was also one of the principle creators of Live Aid and Live 8 along with Bob Geldof. Ure has spent most of his career touring the globe most recently with Ultravox who reformed in 2009 as well as some solo shows and the notable role of MD for the Princes Trust at the Royal Albert Hall with a cast of the usual suspects including Queen, Eric Clapton, Phil Collins and Mark King.

Drop us a line at [email protected] with your live show review or news story.