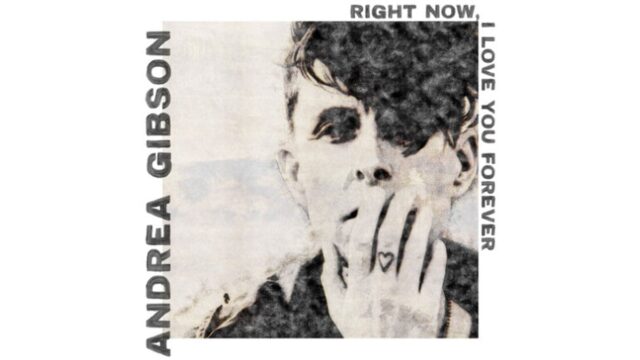 How do juggling balls sewn from a pair of panties end up at The Museum of Broken Relationships in Croatia? Why should everyone wear a stethoscope while kissing? What are the pitfalls of dating someone with the same name as your therapist? Is it wrong to be comforted that even if your ex is over you, she is definitely not over your dog?

For two decades, Andrea Gibson has been writing love poems and sharing them around the world. Whether those poems are about a love so transformative it makes you feel like you could win the lottery with a parking ticket, or a relationship spent cutting red flags into valentines, Gibson has written it down and spoken it loud.

In their new show – a multimedia, poetic story-telling experience – Gibson highlights the most unforgettable moments of their love-life: from a neighbor’s pet pig walking in during a sexy hook-up, to being proposed to just hours after leaving the psych ward.

Right Now, I Love You Forever is a show that is for the hopeless romantics and the absolutely hopeless. Whether you’re a sucker for love or you think love sucks, you’re going to fall head over heels.

From Andrea
To say it plainly: this show is a live memoir of the ups and downs and backflips of my love life delivered through poetry, music, and storytelling. Relationships have been my greatest teacher. They are the classroom in which I have done the majority of my life’s learning. It is the place where I have most consistently failed…and the place where I most desire to grow into an A student. There isn’t an emotion this show won’t surface for me: grief, bliss, humiliation, humor–all of it! I’m challenging myself to speak to truths I’ve not previously dared into, and I’m aiming to do it in a way that is exciting for everyone who attends.

“I’ve been dreaming up this show for a lot of years. I had been working on it prior to the 2016 election and put the breaks on it at that time because my energy was charged to focus more intently on writing for social justice. As time has passed (and as fascism roars louder and louder in our country) the call to write politically has only grown stronger in me, but so has my desire to write and speak about love. I know very precisely the hate I’d like to see subtracted from the world, but I also know the love I’d like to see added. It is my hope that this show adds love to the world”

Please drop us a line at lmnandr@gmail.com with your live music news and or show reviews.

Live Music News & Review was born out of a love of live music and the wish to chronicle the amazing shows happening around the country. Stories and reviews are born both from our editorial board and from readers just like you around the country.
Contact us: lmnandr@gmail.com
5,796FansLike
209FollowersFollow
292FollowersFollow
8SubscribersSubscribe