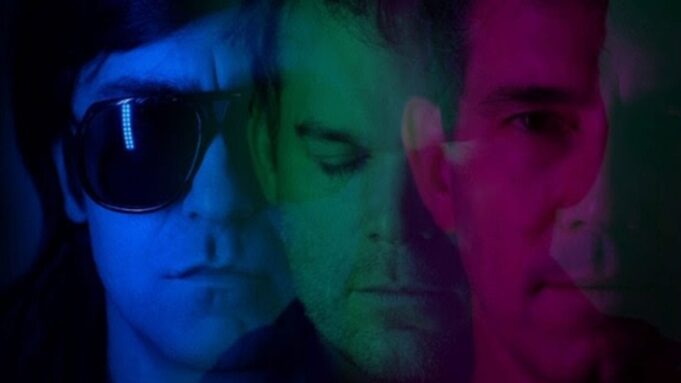 Michael C. Hall (Hedwig and the Angry Inch, Lazarus, Dexter), Peter Yanowitz (The Wallflowers, Morningwood) and Matt Katz-Bohen (Blondie, Cyndi Lauper) have teamed up to form avant-indie trio, Princess Goes To The Butterfly Museum. Their hypnotic debut single, “Ketamine,” showcases the magic that can happen when three consummate artists band together. The coinciding video is out today, and it’s an intoxicating and somewhat creepy American Horror Story-style dreamscape directed by David MacNutt (MGMT, Wild Nothing).

Hall, Yanowitz and Katz-Bohen decided to form the band after first working together on the set of the Broadway smash-hit Hedwig and the Angry Inch. Their shared love of pushing art into uncharted territories resulted in adventurous and bold experimental arrangements that incorporate everything from distorted synth rock and ethereal electronics to dreamy folk and R&B. It’s an intoxicating mix that transcends genre.

“We all bring something unique to the project,” says vocalist Michael C. Hall. “We’re a three-legged stool; we couldn’t stand up without all of us working together. The first time we played together was a magical moment.”

Taking their name from a phrase suggested by Katz-Bohen’s daughter, the group constructed an entire world for their music, imagining the Butterfly Museum as a physical space brought to life with the help of legendary mixer Tom Elmhirst (Adele, The xx). The band will release their debut EP in Spring 2020, and they’re slated to perform at the Mercury Lounge in New York City on Saturday, February 1st.

Hall has earned many accolades for his acting chops, including an Emmy nomination for his work on the HBO drama Six Feet Under, a Golden Globe and a Screen Actors Guild Award for the acclaimed Showtime series Dexter, and was selected by David Bowie to star in his musical, Lazarus. Michael assumed the title role in Hedwig and the Angry Inch on Broadway on October 16, 2014 and performed the role until January 18, 2015. His bandmates boast similarly prodigious resumes. Yanowitz began his career playing drums in The Wallflowers before going on to co-found indie stalwarts Morningwood and work with artists as varied as Natalie Merchant, Yoko Ono, Andrew W.K., Allen Ginsberg, and Billy Bragg & Wilco, who enlisted him to perform on their seminal ‘Mermaid Avenue’ collaboration. Keyboardist Matt Katz-Bohen spent the last decade touring and recording with Blondie, in addition to working with the likes of Boy George and Cyndi Lauper.

Drop us a line at [email protected] with your show review or live music news story.