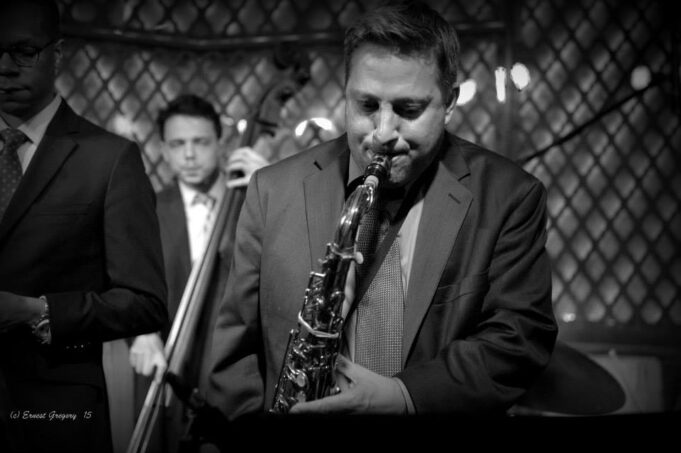 The Spare Time in Northampton pays host to a jazz night featuring the works of Thelonius Monk, Green Dolphin Street, and Charlie “Bird” Parker on October 22, 2019.

The world of music is vast, and it’s a task to keep track of what’s going on. So many genres, so little time. For me, the best way to approach maximum appreciation is to keep an open mind and just approach every listening experience with fresh ears.

Much as I study, it’s hard to keep up with all the great artists traveling the globe. Here in the Pioneer Valley, we are fortunate to have access to a wide variety of singers and players from far and wide. A prime example is the Northampton Jazz Workshop at the Spare Time Entertainment Center at 525 Pleasant St. in Northampton. What started as a weekly event to honor the legacy of the Green St. Restaurant and it’s endangered neighborhood has, after a decade or so, turned into a weekly showcase for some of the best jazz improvisers on the planet. Yeah, right down the end of Pleasant Street, one wall away from the Tuesday night bowling crowd. We should all live in such harmony!

So on October 22 the trio of John, Paul, and George (as in Fisher, Arslanian, and Kaye) brought in alto saxophonist Stephen Riley for an hour’s worth of stellar improvisation. Riley has 10 CDs to his credit on the hallowed Jazz label Steeplechase and has played with many of the Jazz world’s greatest from Wynton Marsalis on. The set opened with the fast shuffle of “Hackensack” by Thelonius Monk and followed with an even faster shuffle. The standard “Green Dolphin Street” brought some Latin vibes before Riley played a beautiful solo intro to the Billy Strayhorn ballad “Isfahan.”

Next up was the Charlie “Bird” Parker classic “Ornithology” before the set closed with another fast shuffle on Thelonius Monk’s “Rhythmning.” Riley is a first rate player whose tone is reminiscent of Stan Getz and Joe Lovano. Let’s hope he returns to the area soon.

David Boatwright is the band leader for The Equalites, New England’s favorite reggae band. His musical knowledge extends far past reggae though into rock, blues, jazz and beyond.

Drop us a line at [email protected] to submit your story ideas or show reviews.