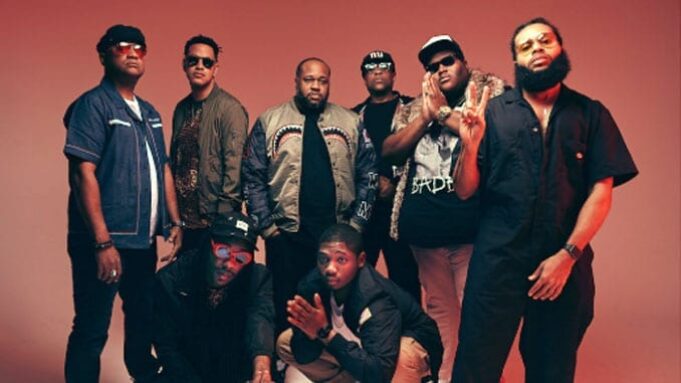 The Soul Rebels Announce New Album, Poetry in Motion, due out October 25 2019

Renowned brass ensemble THE SOUL REBELS, are back with their first single “Good Time” featuring NOLA’s bounce icon Big Freedia. Just in time for the BBQs and fun in the sun, the feel-good boisterous single gives an up-tempo catchy Summer party-like vibe. The Soul Rebels share their excitement with Billboard:
“Our new album reflects The Soul Rebels’ sound and style, and challenges and expands upon the perception of a New Orleans brass band. We are breaking the stylistic and artistic boundaries of what it means to be a brass group from New Orleans.”
~ Julian Gosin of The Soul Rebels

The Soul Rebels have announced their first official album release in over seven years, Poetry In Motion due October 25—the group’s first album for their new imprint, Rebelution Music Group, on Artistry Music/Mack Avenue Music Group, including features from Tarriona “Tank” Ball of Tank and The Bangas, Big Freedia, Robert Glasper, Branford Marsalis, Matisyahu, PJ Morton,Trombone Shorty, Kes and more. The Soul Rebels infused this handcrafted approach into a wider sonic palette than ever before.

The Soul Rebels have become the go-to live band for major artists to share the stage with, from the likes of Katy Perry, Nas, Marilyn Manson and DMX to G-Eazy, Rakim, and Joey Bada$$. They recently toured with Wu-Tang Clan and opened for The Rolling Stones at the historic New Orleans Mercedes Benz Superdome.  Having performed alongside notable mainstream acts including Robin Thicke, Metallica, Mannie Fresh, and GZA, The Soul Rebels always bring the heat to enhance their sets. Check out remaining show dates and purchase tickets via soulrebels.com.

Overall, this 8-piece brass ensemble continuously share their rich musical roots and culture. They are the glue that merges modern and contemporary musical genres with heart and soul. As The Soul Rebels step into the spotlight, we will see all of this and more as they release their upcoming album, Poetry in Motion, on October 25 with singles and more music videos preceding.

Check out this cool video that includes special guest Matisyahu from the Brooklyn Bowl Spring 2019.