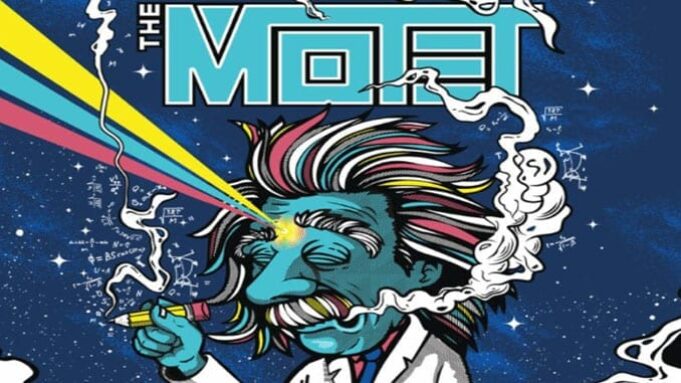 Los Angeles, CA – June 28, 2019 – Denver-based funk and soul ensemble The Motet will be hitting the road this fall for an extensive headlining tour in continued support of their critically-acclaimed album, Death Or Devotion. The 30-date cross-country “Speed Of Light Tour” officially kicks off September 5th in New Orleans and will stop in such cities asAustin, Dallas, Las Vegas, San Diego, Los Angeles (October 5th at Lodge Room), Cleveland, Cincinnati, Brooklyn (two nights at Brooklyn Bowl, November 22nd and 23rd), Minneapolis, Detroit, Chicago and St. Louis, among many others, keeping the band on the road through December. Full routing can be found below.

“2019 has been an amazing, nonstop year thus far – a new album plus so many incredible shows all over the country, and we’re not slowing down,” shares vocalist Lyle Divinsky. “We’re feeling so inspired by all the new music and experiences we’ve been having, so we really want to keep that rolling into this fall by playing as much as we can for as many of our friends, family, and ever-expansive community as we can.”

Hailed a “a funk/soul gem” by the Associated Press, Death Or Devotion, released earlier this year via their own label, is a killer collection of 10 feel good grooves including the singles”Highly Compatible,””Whacha Gonna Bring,””Supernova” and “Get It Right.”  Death Or Devotion earmarks an important point in The Motet’s journey.  For 20 years, the seven-piece has been fusing boisterous badass funk and swaggering soul with a thought-provoking inventiveness to create something truly unique. Each member of the band brought something different to the mix for the new album with their own unique set of musical influences and styles. The collection of songs finds the band pushing boundaries and breaking new ground, welcoming old fans and new audiences alike – continually providing a welcome escape for listeners.