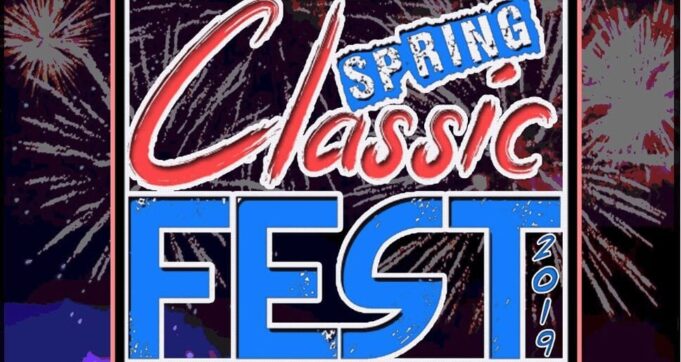 Nelson Ledges Quarry Park, eastern Ohio’s premier vacation destination, is proud to once again host Spring Classic Fest. Beginning Friday June 14th and concluding on Sunday June 16th, the park will host eight different artists and tribute bands, all appreciating the genre of classic rock. The venue’s organizers note, “As one of our most popular shows of the year, Classic Fest 2019 will be EPIC! We’ll be hosting Pink Floyd tribute band Gilmour’s Breakfast, Led Zeppelin tribute band Kashmir & many more!” Along with the exciting lineup of music throughout three days, the park also has a wide array of amenities including camping, hiking, biking, swimming, cliff diving, sunbathing, sand volleyball, full-court basketball, food vending, and much more. Camping sites are available for reservation as well. The good folks behind NLQP advise you to make your plans now to celebrate the warm weather and the festival season at large!

The other classic rock tributes on the festival’s lineup include Limelight, a tribute to Rush; Ragged Glory, a tribute to Neil Young; Ball n’ Chain, a Janis Joplin tribute; and Pettybreakers, a tribute to Tom Petty. Willy Mac and Curt from Ragged Glory perform late night solo sets. Get your tickets now at this link (buy before Wednesday June 12th and save $15 on your wristband!)  and RSVP to the Facebook event here.

KASHMIR: The Ultimate Led Zeppelin Tribute was created by acclaimed vocalist Jean Violet back in 2000. Since then, the production has grown from the streets of New York City into one of the world’s top Led Zeppelin tribute bands. KASHMIR captures all the raw energy and rock genius of a genuine Led Zeppelin concert. It’s all here: Plant’s powerhouse vocals, Page’s celebrated double-neck guitar, Bonham’s distinctive drum solos, plus a flashy presentation and a long list of Zeppelin’s greatest hits.

KASHMIR is the most authentic representation of Led Zeppelin on the touring scene, sure to take fans back to the days when the mighty Zeppelin ruled the musical landscape. “This is not your typical tribute band,” says nj.com. “This is a four-piece ensemble of artists who not only play Zeppelin tunes, but assume the roles of the original members. KASHMIR stands out from other acts that mimic the iconic group – they bring fans back to the glory days of Led Zeppelin, and they look and sound fierce while doing it …”

Gilmour’s Breakfast brings alive the music of Pink Floyd by performing an authentic and diverse catalogue of the band’s music all the way from their earliest material in 1967 to their final album in 2014. Featuring an international lineup of multi-instrumentalists from Scotland, Ireland and the United States, the band emulates the experience of a live Pink Floyd concert with lighting and visuals weaving through the sonic tapestry of the Floyd soundscape. While being able to perform note perfect renditions of the band’s studio recording, Gilmour’s Breakfast also takes pride in re-creating classic live versions of the band’s tracks and will often create compelling hybrid editions of their own. Any die-hard fan will be happy to hear a number of deep tracks while the casual listener will recognize their favorite FM hits.

Gilmour’s Breakfast doesn’t just aim to please every fan in the audience but instead to lure them into a suspension of disbelief where they are experiencing a true Pink Floyd concert.

The scenic Nelson Ledges Quarry Park is a great place to camp, swim, hike, sunbathe, attend music festivals, or just plain hang out. The park is a beautiful landscape made up of 250 acres of forest, meadows, streams, rock ledges, fishing lakes, and of course the quarry itself. There are also more than 400 campsites, some deep in the woods, some along the Quarry, and others in secluded meadows. Nelson Ledges is an ideal venue for weekend-long music festivals and has a packed roster for the 2019 season.