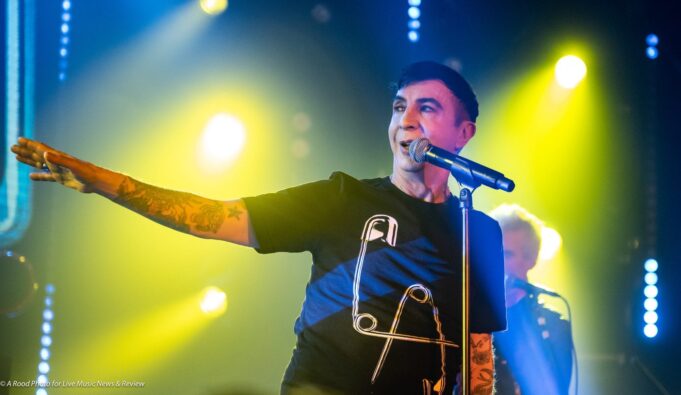 Words by Michelle Nati and Photos by Stevo Rood

If you’ve longed for the ’80s and early ’90s goth or club kid scenes of your youth, Lethal Amounts and Spaceland indeed brought the goods to downtown LA’s Globe Theatre for one magic night with its Sex Cells party on Friday, February 15. Sex Cells celebrated its two year anniversary in true flamboyant fashion with Soft Cell’s Marc Almond headlining the affair.

Almond played a lengthy set of Soft Cell, Marc and the Mambas and solo classics to an extremely packed house. He was in perfect voice, sounding much like he did in the early days and the audience sang, swayed, and danced to every nuance of hits like “Tears Run Rings,” “Torch,” the perennial Soft Cell favorite “Tainted Love/Where did our Love Go,” and “My Hand Over My Heart” during which there was an onstage proposal. Almond rounded out the set with two huge Soft Cell favorites “Sex Dwarf” (and yes, there was a sex dwarf writhing onstage replete in leather harness!) and “Say Hello, Wave Goodbye” before finally exiting the stage.

The Globe featured three floors of decadent fun throughout the evening—the top floor was an art gallery and that basement was a goth/industrial dance club, the likes of which this reviewer hasn’t witnessed since the ’80s.

The Voluptuous Horror of Karen Black and Sateen, Neon Music and Plasmic opened, and there was an additional treat in dance-addicting DJs sets by Hercules & Love Affair, Matthew Pernicano, Rose Knows, Richie Panic, and Parma Ham.