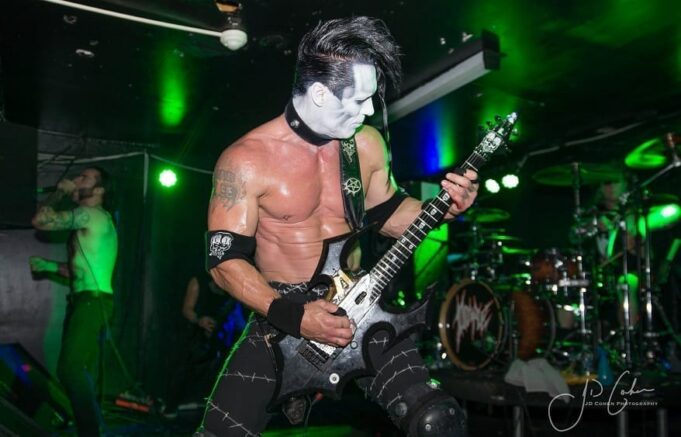 Doyle Wolfgang Von Frankenstein and his band played another murderous set of horror punk and metal this week at the Webster Underground in Hartford Connecticut. In 2018 the band has been touring continuously in support of their 2017 album “As We Die” and the Webster show kicked off the bands second march through the US after a string of European dates that started in March. 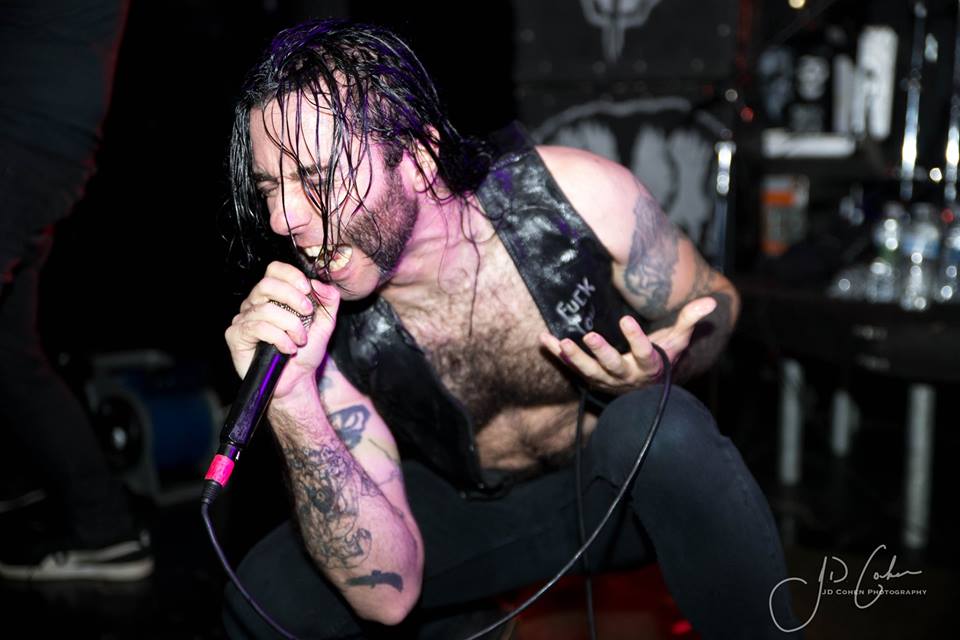 Even in the tiny space of the Webster Theater’s small stage there was plenty of room for the crowd of loyalist and misfits who showed up to rock on an unseasonably warm Tuesday night. It’s unfortunate for the band that more people aren’t familiar with Doyle but for the small group of devoted fans and those in the know it’s a blessing to be able to see a band this this “big” in some of the countries smallest music venues.  In April Paul Caiafa (Doyle Wolfgang Von Frankenstein) will join his former band members the Misfits to play the 18,500 capacity Allstate Arena in Chicago. Last May Caiafa played with the Misfits in front of 19,500 fans at Newark Prudential Center. Although the Misfits are punk rock icons with plenty of cachet, seeing a band with the energy and sheer rock force of Doyle in the close confines of a club like the underground (for a fraction of the price) simply can’t be beat. 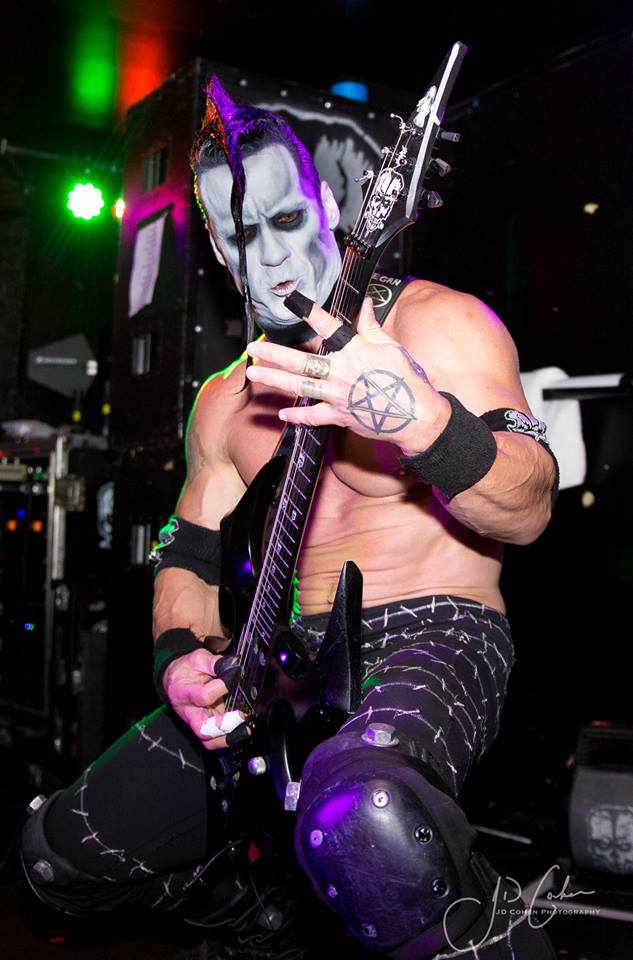 Check out JD Cohen’s review of  Doyle with Sister Munch, Splatterhouse, The Muckrakers, The Witch-Kings, Vision Serpent, Lost In Echoes at Blackthorn 51, New York, NY on February 25, 2018 here. Alex “Wolfman” Story remains one of the supreme leading front men of rock n’ roll. In a 2016 interview Story made clear his approach to performing on stage. “I want it to be an experience, more like looking into a great storm, a force of nature, or stumbling upon an alpha predator in the wild”, and a force of nature he is. Story and Doyle von Frankenstein prowl the stage during their 60 minute set like animals searching for prey.

Whether it be Doyle furiously pounding his self-built custom Annihilator guitar, or Story wrapping a microphone chord around his neck and writhing around on the stage, Doyle are relentless in their assault and come to kill. The music may not be the most complex and the song selection is limited, however they are one of the most consistent rock bands you will ever see and on Tuesday in Hartford they brought the full force of their intensity to the Webster.  Thankfully for those in attendance, at full throttle is probably the only way they know how to peform. 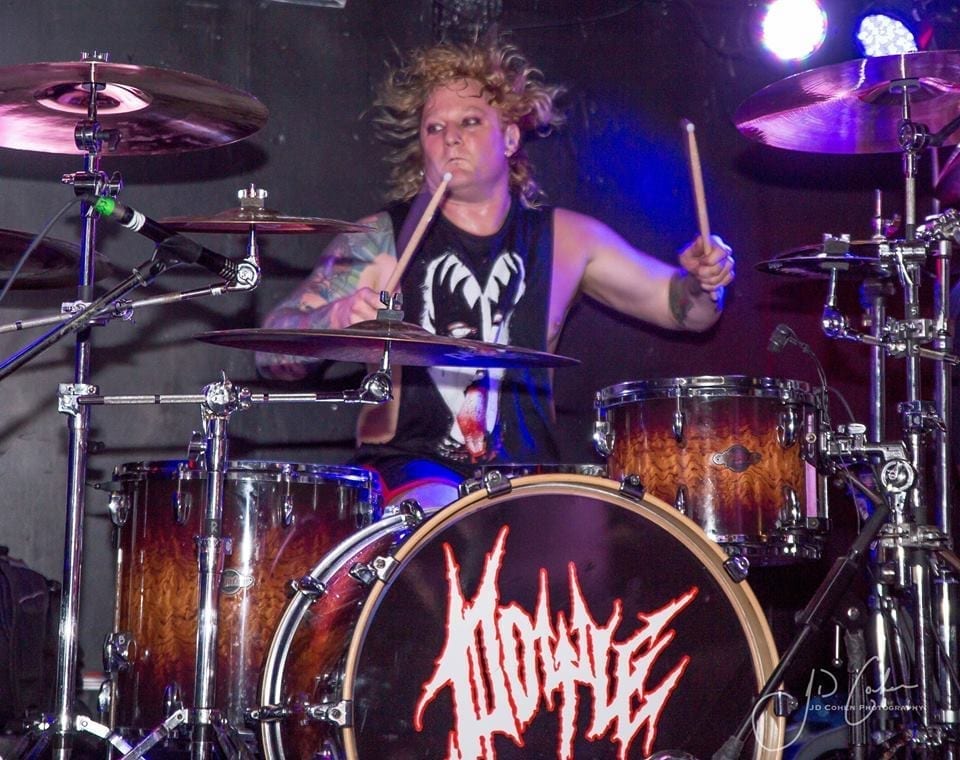 Doyle will be back in New England when they play the Palladium in Worcester, Massachusetts for the second time this year on November 20th.

Check out JD Cohen’s review of  Doyle with Sister Munch, Splatterhouse, The Muckrakers, The Witch-Kings, Vision Serpent, Lost In Echoes at Blackthorn 51, New York, NY on February 25, 2018 here. Full gallery of photos of this show here.