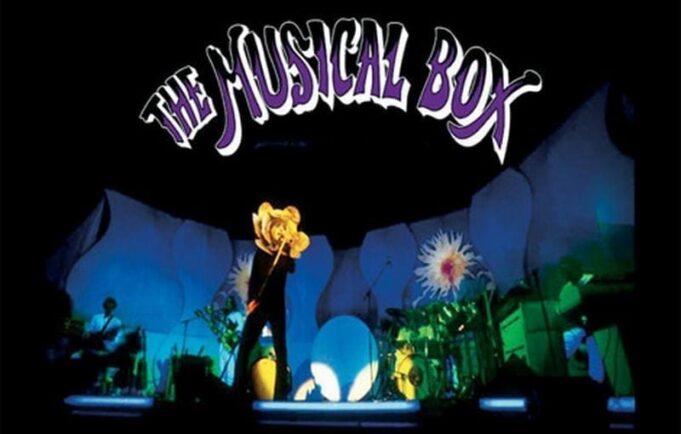 The Genesis tribute, endorsed by Peter Gabriel and Phil Collins themselves, will perform at the Ridgefield Playhouse in Ridgefield, CT on Sunday, March 25th
Story by Kelly D

To submit an article an article or review, or to just say hello hit us at [email protected]  From the YouTube channel of Scott Rogers:

The Musical Box, critically acclaimed tribute to the progressive rock band Genesis, began a string of dates along the east coast of the United States that will end in their homebase of Quebec, Canada in late April. They will perform Genesis’ seminal album Selling England by the Pound in it entirety, along with a special The Lamb Lies Down on Broadway encore for most of the tour dates, including a stop at the Ridgefield Playhouse in Ridgefield, CT on Sunday, March 25th. Named for the Genesis song from their 1971 album Nursery Cryme, the French-Canadian tribute band faithfully recreates performances from the era of Genesis when Peter Gabriel was the lead singer. The members are singer and performer Denis Gagné (Peter Gabriel), guitarist François Gagnon (Steve Hackett), bassist Sébastien Lamothe (Mike Rutherford), keyboardist Guillaume Rivard (Tony Banks), and drummer Marc Laflamme (Phil Collins). Along with playing 1973’s Selling England by the Pound in it entirety, the Musical Box also occasionally performs a special set called “the Black Show,” described thusly by fellow LMNR writer Stacey Rose: “[It is] a show known to hardcore Genesis fans, only done in North America, and never officially recorded by Genesis, but can be found on grainy bootlegs if you look hard enough. Lucky us though, we got to see an incredible recreation of it!  The set is an all-dark stage with giant circle spotlights to highlight “Peter Gabriel” at his most extreme in costume and improvisation and done beautifully and faithfully by Denis Gagné who completely throws himself into the part, studying every nuance of Peter Gabriel’s performance.  He even learned to play flute for the part as testimony to the dedication!”

As I am a massive fan of all things progressive rock- especially early Genesis tunes- seeing the Musical Box live is a “bucket list” item for me. I’m excited to once again see a prog concert at the Ridgefield Playhouse, a beautiful theater where I’ve seen Carl Palmer’s ELP Legacy twice in the last two years. RSVP to the Facebook event HERE and buy tickets to the show HERE.