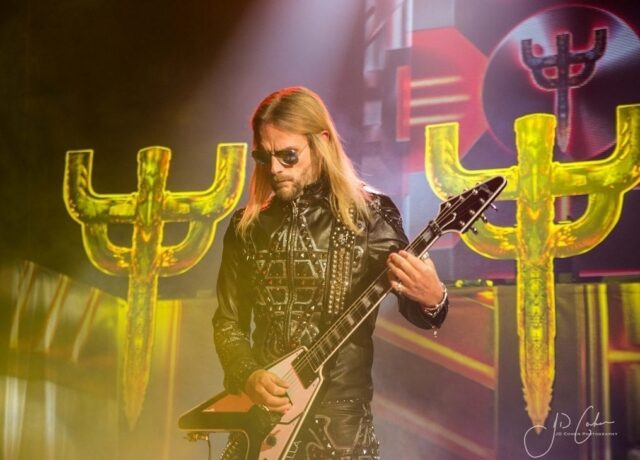 On Friday night in Worcester Massachusetts iconic Heavy Metal legends Judas Priest played for a sold out crowd at the Palladium. The concert, in support of Judas Priest’s 18th studio release ͞Firepower͟, was the seventh stop of their 2018 North America tour that will conclude in Mexico City on May 5th. The second leg of the tour will continue in Europe starting in June.

The North American tour dates include heavy metal masters SAXON and Black Star Riders. Both opening bands played well with surprising energy and force for a crowd that seemed only partially engaged. Clearly most in attendance were saving their enthusiasm for the main event. The crowd came to life and erupted with gusto as Judas Priest took the stage. The band has been playing pretty much the exact same rock olid set-list since they opened the tour in Wilkes-Barre, PA on March 13th.

With plenty of material to choose from and catalog of familiar hits from the glory days of heavy metal, the set-list for the Firepower tour is a well-balanced combination of crowd pleasers, new material and deep cuts. At 68 years old, lead singer Rob Halford’s voice is in top form. Halford didn’t miss a note as he prowled the stage belting out some of the band’s best material for almost two hours.

Check out the full gallery of photos of this show by JD Cohen here.

Andy Sneap replaced guitarist Glenn Tipton who announced his retirement last month due to an advancing case Parkinson’s Disease. Sneap filled Tipton’s spot admirably and played with confidence but fellow guitarist Richie Faulkner has clearly come to the forefront in Tipton’s absence. Faulkner is the consummate Rock n’ Roll showman and he plays his rock star part to perfection. Firing off monster rock riffs and mugging for the camera, no one on stage looks like they are having more fun.

From the video channel of Mark Brown

Tipton will be joining the band on several tour dates in a limited role and although his appearance for the final songs in Worcester: Metal Gods͟, Breaking the Law͟ and ͞Living After Midnight͟ was a real treat, Tipton’s performance was understandably restrained. Judas Priest will never impress anyone with their variety of musical styles or complex arrangements but what they do, they do better than almost anyone else and they have rarely sounded better.

It was all smiles as fans emptied out on to the street after the show and if anyone left the Palladium disappointed on Friday night it wasn’t because of Judas Priest. The golden age of heavy metal may be long over but Judas Priest remain Metal Gods. From the video channel of semenov2001 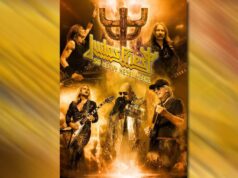