It is always fun to watch a band that has never been to a Worm event before take it all in for the first time.  Freekbass and the Bump Assembly rolled in from the city of Funk, Cincinnati Ohio to feel the worm and you could tell that they were city boys finding themselves in the woods!

They hit the stage with energy and excitement down at Riverworm on a beautiful Sunday afternoon, having kept the rain away that had been threatening for hours.  Freekbass the man was joined by new band members Razor Sharp Johnson on the keyboards and Rico Smoove on drums and vocals.  Both cats hail from the deep river that is the PFunk family, having done time both with the All Stars and with the Bootsy Collins Rubber Band.  Their chops were immediately evident as they kicked off the show on stage before Freekbass entered himself.  Rico pulled off some legit hype and we were rolling.

Freekbass entered in full funk regalia, top hat and sport coat that exploded with color.  That explosion was nothing compared to the full front assault he immediately threw down with the bass.  There’s bass, and then there’s Freekbass.  He opened the suit going super old school with a segue from early releases- Invincible into Mission.  These are the tracks that first caught my attention from the Midwest’s funkateer and I have not heard him play them in years so it was great to see him getting down to the roots right from the get go.

There are certainly many funky bands that graces the Strangecreek stages, but there was truly only one Funk band that weekend, and it was Freekbass.  Going beyond the scratch guitar and thumping bass, Freekbass supplies the hard elements and the subtle touches that combine with the muscularity and precision of funk music.  It can not be said enough how much Razor Sharp contributes to the band.  Initially sounding like Bernie Worrell, the elder statesman of funk keyboards, certainly- over the course of the next hour it was easy to become completely enamored with Sharp’s playing.  At times subtle, and other times cheekily blaring, Johnson’s playing provides everything you want out of his position.  His stable foundation enables Freekbass to handle the world’s normally occupied by two players, guitar and bass.  Both rhythmic and decorative- Johnson really cements the sound of this funk trio more than I would have predicted.

Up next were a pair of tunes that showed the precision musicianship of both Freekbass the man and Freekbass and the Bump Assembly.  Up first the techno-hop tune Milkhunt from his most recent release on Ropeadope.  I originally started hearing this song when Freekbass was doing an electro-funk duo called Freekbot with DJ Tobotius and this version was fleshed out for full band.  Then came Body Heat and between the two songs you could see a full spectrum of precision bass playing- more than just four on the floor funk but technical wizardry. 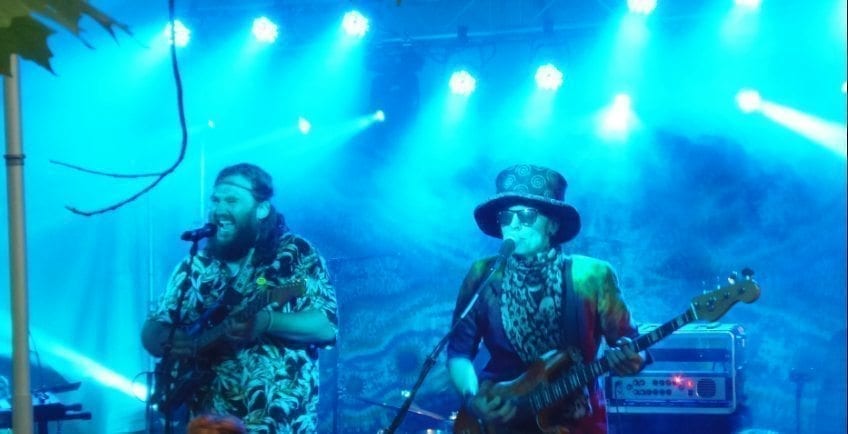 David Bowie’s Fame is a song that Freekbass has been playing for years, and a perfect introduction to the Worm crowd of what this band can do.  Using the familiar tune as a launching point, the Bump Assembly fired through a variety of recognizable riffs and words.  Those who had their eyes peeled noticed Zach Deputy peering above the crowd at the stage so it may not have been a surprise to hear him getting called up, especially seeing the guitar amp that had been on stage the whole time.  Joining the band for Sly Stone’s classic I Want to Take You Higher.  The song was nearly irrelevant though as they just used the structure to get funky and crazy.  Now it may have been me, but a funky guy like Deputy seemed to be taking mental notes as to the deep funk and its ways, and you could see him siphoning energy and knowledge from these professors of the genre.  The smile split his face and the five minutes of ferocity is something to behold.

The crowd peaked and was one of the biggest I’ve seen for a day time show at Riverworm in my years.  Freekbass took that moment to thank the crowd and revel in his first worm experience and took the show out with a rousing rendition of the song Up Up Up.  Drenched in sweat and sated, having bathed in the fountains of funk, the worms dispersed in search of their latest musical mud in which to bask.

Freekbass, his job done for the day, also drenched in sweat and smiling from ear to ear packed his truck and spent a few hours soaking up the energy before returning to the city of funk.  His thoughts? “I’ve been hearing about Strangecreek Festival for many years, and now after playing it, I understand the magic and the community it brings.” I get the feeling that this is not the last the worms will see of the man that they call Freekbass.

Fame (plus jam with Zach Deputy) 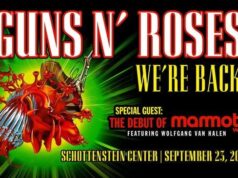 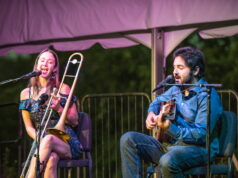 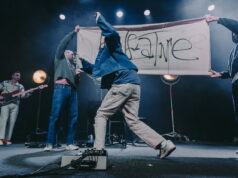 Six Performing Artists of Past and Present Who Loved to Game