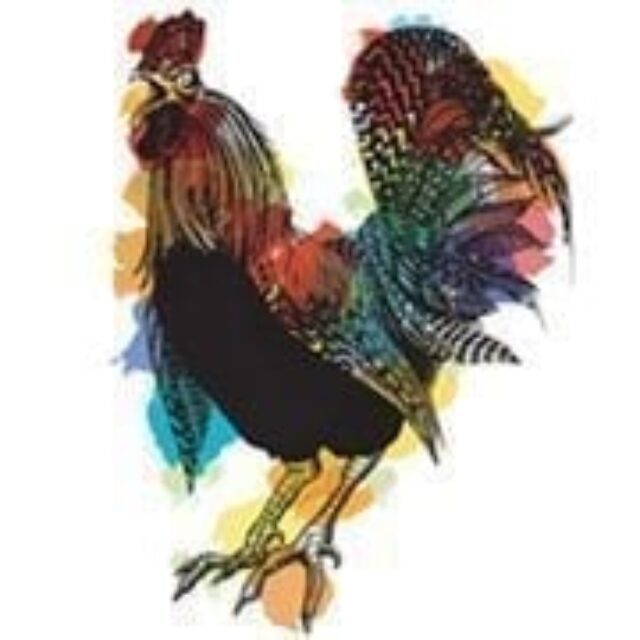 The 5th Old 78 Farm Fall Festival will take place this year on September 20th at the Old 78 Farm at 823 Orange Rd in the small “Right to Farm Community” of Warwick, MA. This family friendly event features local craft vendors, food produced from the farm, and award-winning local and nationally known musical acts to the delight of the hundreds of people who attend.  Check out the facebook event page here.

If you are looking for local, than this is the festival for you! Many of the craft vendors live in or around Warwick selling things such as handmade crystal-wrapped jewelry, recycled/reclaimed clothing, hula hoops, and other hand-crafted gifts. Mademoiselle Pixie Belle the Clown will again grace the festival bringing her face painting and balloon animals. Children will be delighted when the Well Dressed Pony arrives for rides around the property during the afternoon, and Jason Escape will appear on the main stage towards the end of the night to demonstrate his feats of the mind. For the first time, the festival has an official photographer, John Collins, who’ll be snapping pics all day. (Check out John’s photos of the 2012 festival!) 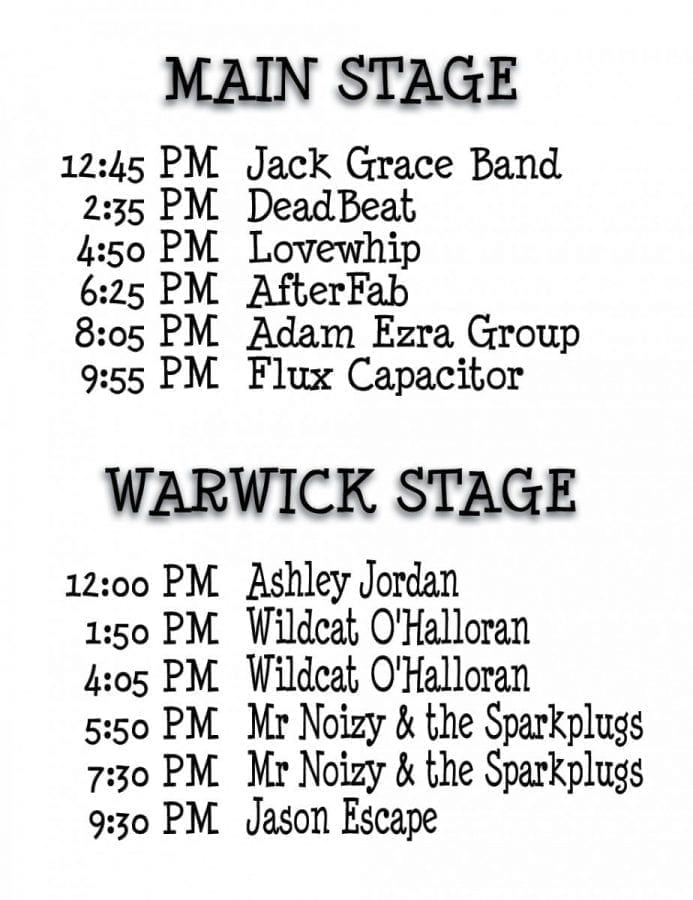 All of the canned goods sold at the festival include vegetables grown on the farm, and much of the food served at the event comes from local farmers and is made in the Old 78 Farm’s kitchen. Award-winning BBQ pork and chicken is prepared on site for sale in the food booth alongside squash soup, sausage sandwiches, and hand-cut french fries. And who could resist Grandma Lynn’s pies made from scratch!?  As with every year so far, the barbecue will be supplied by the I’m a Hog for Que, Baby barbecue team who won the 2012 state of Maine BBQ championship in the brisket category and the 2013 Monadnock State BBQ champsionship in brisket and the grilling championship in hamburgers.  The hosts are confident that everyone will be blown away by the food.

Check out the review of the 2013 Old 78 Farm Fall festival here.

What about the music? The hosts have demolished and rebuilt the secondary stage, dubbed the Warwick stage this year.  The consturction project was done from recycled materials almost 100% and should prove to be an amazing upgrade to that stage.  The main stage, which is being renamed via a Facebook contest, was also re-decked with the same recycled materials. This year the musical lineup includes some old and new acts to the festival.

Headlining the festival is the Adam Ezra Group.  At the very first Old 78 Farm Fall Festival, Adam Ezra came as a duo and opened as the very first act, along with his long time percussionist Turtle.  They have returned every single year, and are a staple of the entertainment lineup.

The Adam Ezra Group (AEG) is not just a band; they are a force to

be reckoned with musically, personally, and socially. Selling records and tickets is important to AEG, but they are committed to changing the world with their songs and their actions along the way. Ezra and his band are activists and community leaders as much as they are musicians and songwriters. Ezra has spent time living out of a van, farming in Canada, volunteering for the relief effort in Kosovo, and practicing environmental geography in South Africa. Whether as a kitchen hand or carpenter, teacher, athlete, or traveler, Ezra crams it all into the music, always challenging our perspective and often teetering somewhere between the ballsy rocker and sensitive poet. Through their non profit organization, RallySound, AEG helps people organize live music events that inspire communities and encourage grassroots activism.  In 2014 AEG will be performing some 200 shows across the country and play with the likes of Enter the Haggis, Rusted Root, Corey Smith, Shawn Phillips, The Wailers adding to their amazing list of collaborations that also includes John Kadlecik (of Furthur), Little Feat, Los Lobos and more.

Also headlining is the band Flux Capacitor who will be the final performers of the night. Emerging from the Pennsylvania music scene, from the outskirts of the City of 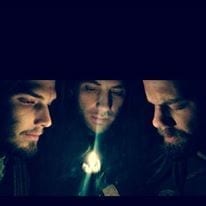 Brotherly Love, their fiery, distinct sound has catapulted the group with lightning speed into the National Music Scene. This band of brothers consistently inspire and evoke a new and wildly addicting sound resonating with elements of rock, improvisation, and electronica. This year alone their festival appearances include Wormtown, Jibber Jazz, Catskill Chill, the Peach festival, the NY state Harvest festival and many other regional events.

Grateful Dead fans won’t want to miss New England’s premier Dead Tribute band, DeadBeat. The band was formed in 2005 when drummer Joe Pulitano answered a Craig’s List ad and joined former members of the Tinmen Brian Stormwind & Gary Barth to form a new band that focused on their mutual love of The Grateful Dead music and the Jam Band sound and experience. The newly formed DeadBeat played their first gig in late 2005. Not hung up on exact recreations, Deadbeat has easily earned their reputation of being the fun Dead tribute band.

AfterFab – the Beatles Solo Years,  will be playing mid afternoon.  They are the world’s only band playing exclusively the music of all four SOLO Beatles, 1969 to present. It’s a tribute to a “band” that never existed except in the hearts of about a billion Beatles fans worldwide, who’ve dreamed of hearing all of those classic post-breakup songs together in live performance, as if the fab ones had never split. AfterFab brings that experience.  Venturing West from their Boston home base, this will be their first appearance at Old 78.

Dancing. Robots. Whips. It’s all fair game for Lovewhip, the Jamaica Plain, MA based electro group who whip up furiously infectious dance songs for those who love shaking that ass on the dancefloor. “Lovewhip may be our answer to Prince, except it’s a funky, electro-jam with a female guitar-slinging mastermind” says Cheap Thrills Boston. Playing a party-starting mix of original disco, rock, dance-pop, reggae, and Afrobeat, the energy and presence of Lovewhip’s live shows is infectious. Lovewhip combines the best of world and reggae dance rhythms with 80’s synth and electro beats, creating what The Boston Herald describes as an “irresistible party soundtrack!”  Lovewhip is making their return after a short absence and return Old 78 family will remember how they turned the whole farm into a dance party in the past.

Also taking the stage is the Jack Grace Band.  A consummate live performer, lyricist, singer and guitarist, Jack is at the helm of a powerhouse band that plays kick the can with any musical genre that it stumbles across. Intelligence, humor, and unpredictable cross-pollinations of musical categories await. But don’t take our word for it.  Host Phil Simon says, “I remember a few years ago the Jack Grace Band was playing, and I stopped to hear them meander their way from one of their originals into Black Sabbath’s War Pigs.  It was an absolute highlight for me of that year’s festival, and we look forward to whatever musical madness Jack and his band have cooked up for us.”

Old 78 is happy to be hosting the local Wildcat O’Halloran Band for the second year in a row.  Winning last year’s Valley Advocate Grand Slam Championship seemed like a turning point, and the future is looking bright for the ‘Cat.  His latest album release, “Party up in Heaven” is being played across the country, climbing the blues charts, and was just submitted to the Blues Music Awards. If you’ve got the blues, don’t reach for the pharmaceuticals, reach for Wildcat O’Halloran. Don’t expect Kansas City and Sweet Home Chicago though..  Wildcat’s blues is more from the Allman Brothers, Jimi Hendrix and Stevie Ray Vaughn bend in the blues river, and his searing guitar solos and soulful delivery both on his instrument and with his voice showcase his life’s journey and all he has to say about the world in which we live.

Check out the Video of the Wildcat O’Holloran Band playing at the 2013 Old 78 Farm Fall Festival!

Ashley Jordan will be gracing the Warwick stage and opening the day’s music.  Ashley’s musical influences include Billie Holiday, James Taylor, Bob Dylan, Joan Baez, Brandi Carlile, Jewel, Josh Ritter, Miranda Lambert, and Taylor Swift. And local favorites: Lori McKenna, Ellis Paul, Liz Longley, Adam Jensen, and John Gerard.  “Some of my favorite performers/influences are the ones who have a great connection with their audience. As you watch them, you feel the emotions that they might have felt when they were first writing their song. The very best part about performing my music is having that same feeling.” – Ashley Jordan

And don’t forget Mr. Noizy and the Sparkplugs –  a blues, funk & rock band on the scene performing an eclectic mix of tunes for your listening and dancing pleasure, they will be making their second appearance in a row at Old 78.  They will help the crowd transition from the afternoon into the evening with two sets.

On the more mysterious entertainment side, Jason Escape will be

performing.  Jason creates, trains, and performs his dangerous show as a metaphor to help you move through the veil of life, overcome obstacles, and obtain personal freedom.  Entertaining, engaging, funny, and informative.  He has appeared at several Old 78 fests, and has promised that he has some new tricks up his sleeve for us this year.  Expect the unexpected, prepare to be amazed.

The Old 78 Festival organizers are always looking for volunteers from now until the festival ends; pre-festival set up (getting the grounds ready), day of the event (front gate, security, etc.), and clean up. Volunteers will have the opportunity to attend the festival free of charge. Email or call the farm if you are interested in being part of this grass-roots event. Save the date and come out and enjoy a day of music and good company!

Past performers that won’t be there this year but have graced the stage include Boris Garcia, Jatoba, Mick Reed, Katrin, Rhythm Inc, the Equalites, Start Making Sense, Girls Guns and Glory, Roots of Creation, Paranoid Social Club, Brett Wilson Band, Melanie and the Blue Shots, Dave Keller Band and many others.

Tickets are $10. Children 12 and under are free. Gates open at 11am and music plays from noon to 11pm or later.

For information about vending or volunteering, contact these emails:

This is a video made back in 2012 about the history and future of the Old 78 Farm Fall Festival.