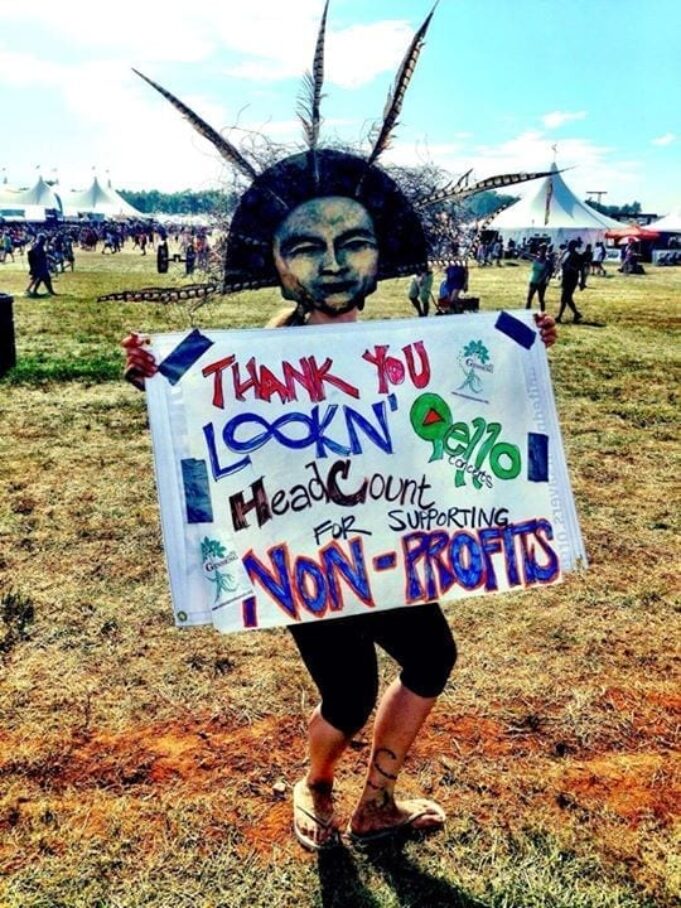 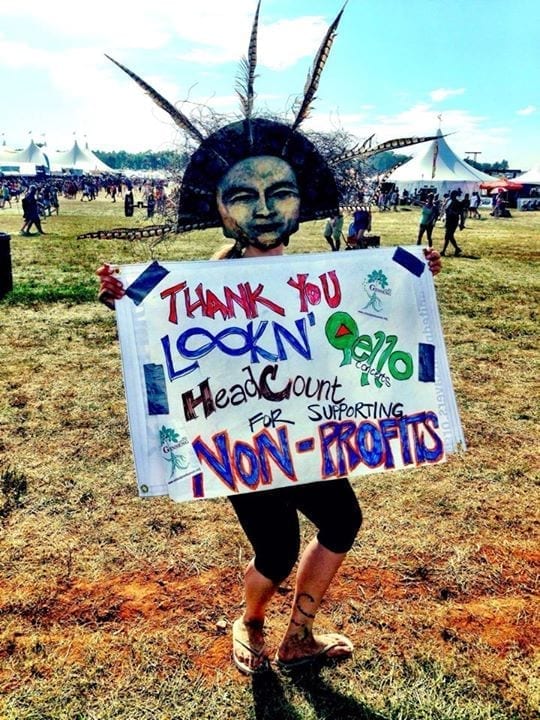 During this year’s Lockn’ Music Festival, which took place on September 4th through the 7th in Arrington, Virginia, HeadCount’s Participation Row, sponsored by Quello Concerts, raised $55,000 to be shared among the non-profits at the festival.

The Legendary Lockn’ Guitar Auction brought in $12,000 for a single guitar. It was signed by a member of every single major band performing at the festival including, Tom Petty, Willie Nelson, The Allman Brothers Band, Grace Potter, Phil Lesh and Steve Winwood. The winning bidder of the guitar, Brett Stacy from Lexington, KY, took home the guitar for his friend who almost lost his life to Pleurisy last year. “I wanted to do something special for my best friend and am so happy I was able to contribute to some great causes as well,” says Brett Stacy, “Extending kindness and generosity to others makes me happy, but it’s even more rewarding to do so for my closest friend.”

Another major item up for grabs was a set of 4 original festival posters designed and signed by famed graphic artist, John Warner that auctioned for $16,000 – that combined with other donations, brought the grand total to $55,000. 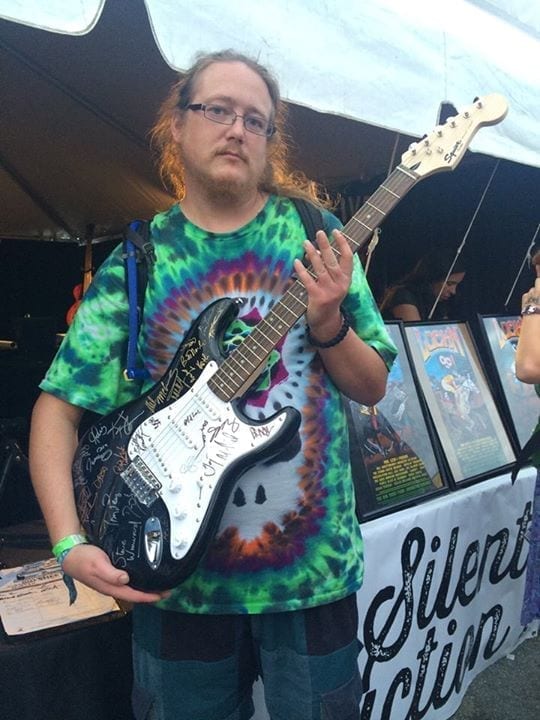 Andy Bernstein, executive director of HeadCount says,  “The Lockn’ silent auction has been a high-drama event both years. All the non-profits really appreciate the generosity. And when we heard the story behind it, we were moved to say the least. It took a lot of hours and planning to get all those signatures. I’m just glad the guitar ended up in the hands of amazing people who will really cherish it.”
Last Fall, Brett Stacy’s best friend nearly died from a respiratory disease. Brett bought him a pair of Lockn’ tix as soon as they went on sale and said “You are going to make it and we are going together. Well, they both made it to Lockn. And then Brett (pictured) one upped himself – he bid $12,200 in the Legendary Lockn’ Guitar Auction and bought his friend this histroric bad boy – signed by Tom Petty, Steve Winwood, Willie Nelson, Phil Lesh, Warren Haynes and just about everyone who played Lockn’! Proceeds split among all the Participation Row non-profits. Brett’s friend was so overwhelmed and thankful that he gave the guitar back to Brett, so now they are sharing it!

HeadCount is a grassroots organization that uses the power of music to inspire participation in democracy. Since 2004, we’ve staged massive voter registration drives around the country and signed up over 250,000 voters. Our work includes all forms of civic engagement, providing the tools for music fans to be socially and politically active. Our message is simple: “Make your voice heard every day, not just on Election Day.” 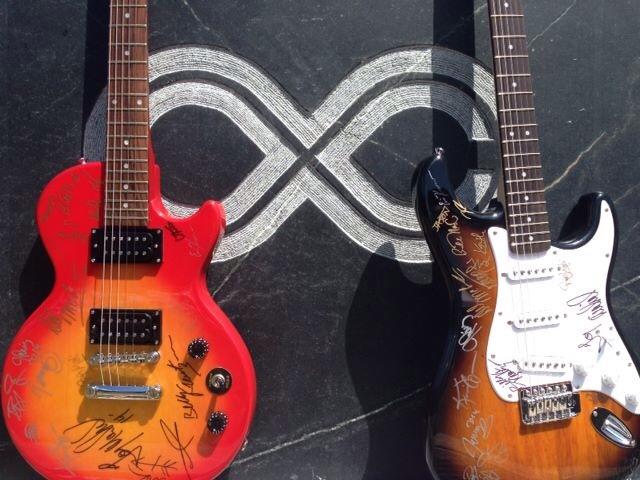 Founded by a collective of musicians and fans, our supporters include Dave Matthews Band, Pearl Jam, My Morning Jacket, Wilco, Jack Johnson, John Mayer, Phish and many other top recording artists. Marc Brownstein, bassist for the popular electronic rock band The Disco Biscuits, serves as our co-chair and Grateful Dead guitarist Bob Weir sits on our Board of Directors.

Musicians and their fans have the potential to be leaders in worldwide social movements. HeadCount is focused on harnessing that potential and translating into real action. With the backing of major musicians, we have a unique opportunity to motivate and inspire. With street teams in 50 cities and thousands of volunteers, we have a proven ability to rally young activists. By combining the individual power of the artists with the aggregate power of their fans, we can create a force as influential as music itself.