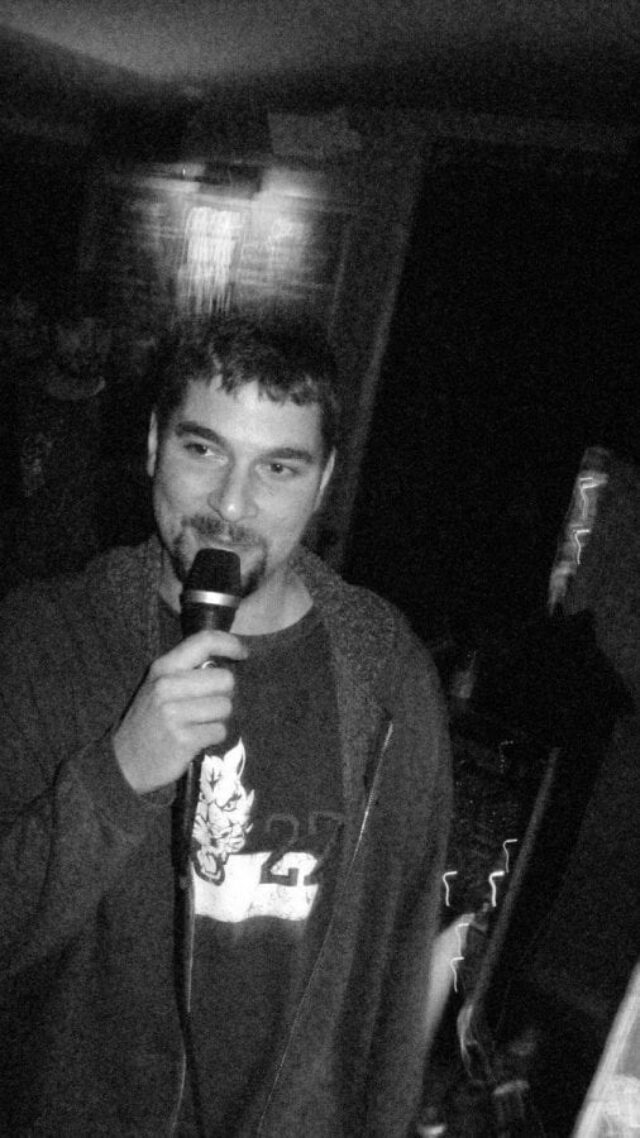 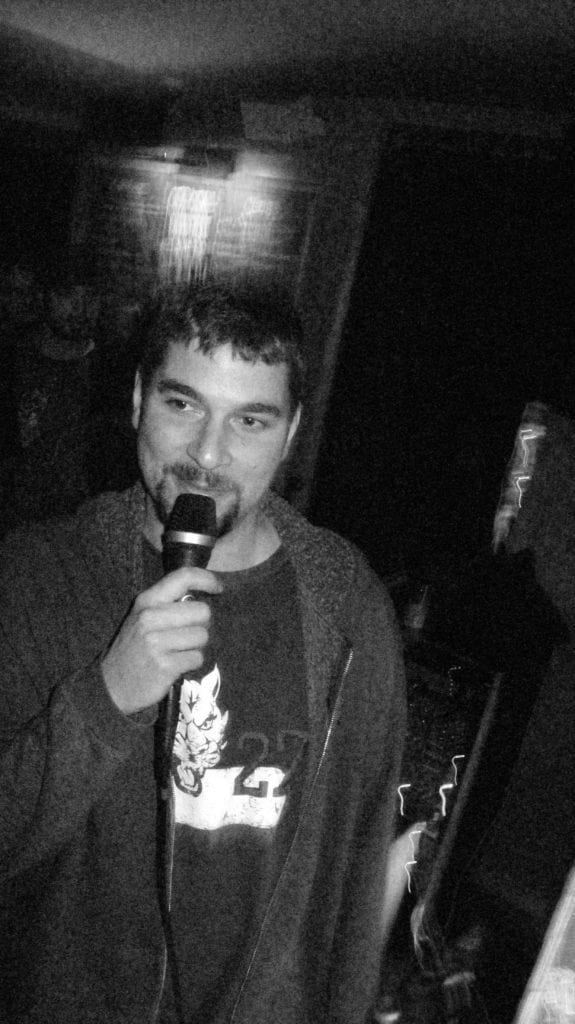 Are you interested in contributing?   Drop us a line at lmnandr@gmail.com and let us know your ideas, submit show reviews, or just say hello.

Where’s the Funk At?

A Study of the New England hard funk scene.

It’s Wednesday night and I’m sitting at home.  I’m working on a project which must get done tonight (which is not this review) and that’s just fine, but at 10:22 I’m kind-of off in my head about a band that’s just right about now starting their first set. They’re warming up, but it’s about a 45 minute drive from my home on the outskirts of rural nowhere, over a mountain and down a stretch of highway and in to the middle of the funky town of Northampton, Mass.  In this case I’m being very literal when I call this town “funky”, much in part to the inevitable mayhem which this band I speak of is about to impart.

Check out some video of Tim Palmieri, Beau Sasser and Alan Evans in the attached video section,  BATtrio! from Bishop’s Lounge.

So if you find yourself in NOHO on a Wednesday night, and not home bound preparing a workshop on cultivating gourmet mushrooms for your Mom’s garden club, you need to be aware of this thing on my mind, this rare and mystifying musical nugget:  Five-dollar all-access pass to the funkiest fusion of fabulousness you’ll ever find with a third floor balcony; a throw-down that is hosted each week by our very own local hero and keyboard meistro-extraordinairre, Beau Sasser.  Not just your average Wednesday anomaly- but one that drives you to get up off your couch, put your dancing shoes on your feet and drive however far within reason, to watch a world class keyboardist just absolutely killing it on the keys in the most intimate of musical rooms,  where you can literally witness the magic happen from five feet away among an always enthusiastic crowd, shoulder to shoulder, upon an ever bouncing floor.

This is Bishop’s Funk of Bishop’s Lounge and if you get there early, sometime after nine o’clock, you’re likely to see our protagonist of the story pull up in to the alleyway between Pearl Street Night Club and the brick building that houses three stories of fine dining and bars in a minivan.  First and foremost to his role as the ‘Mayor of Northampton’, Beau is a family man, and I get the sneaking suspicion that he waits until after his kids are sleeping soundly in their beds before he commandeers the family whip, stuffs it full of cabinets of keyboards, kisses good night to his sweet inspiration and hits the pavement for his late night gig that has become a bit of a ritual to say the least.

Bishop’s Funk is a ritual that Sasser has enjoyed for the last five years, whenever he has not been on National tour with the Alan Evans Trio, or gigging with Sparkplug somewhere in greater New England, or playing Boston residencies and rooms like the Blue Note in NYC with yet another great funk band, Akashic Record. 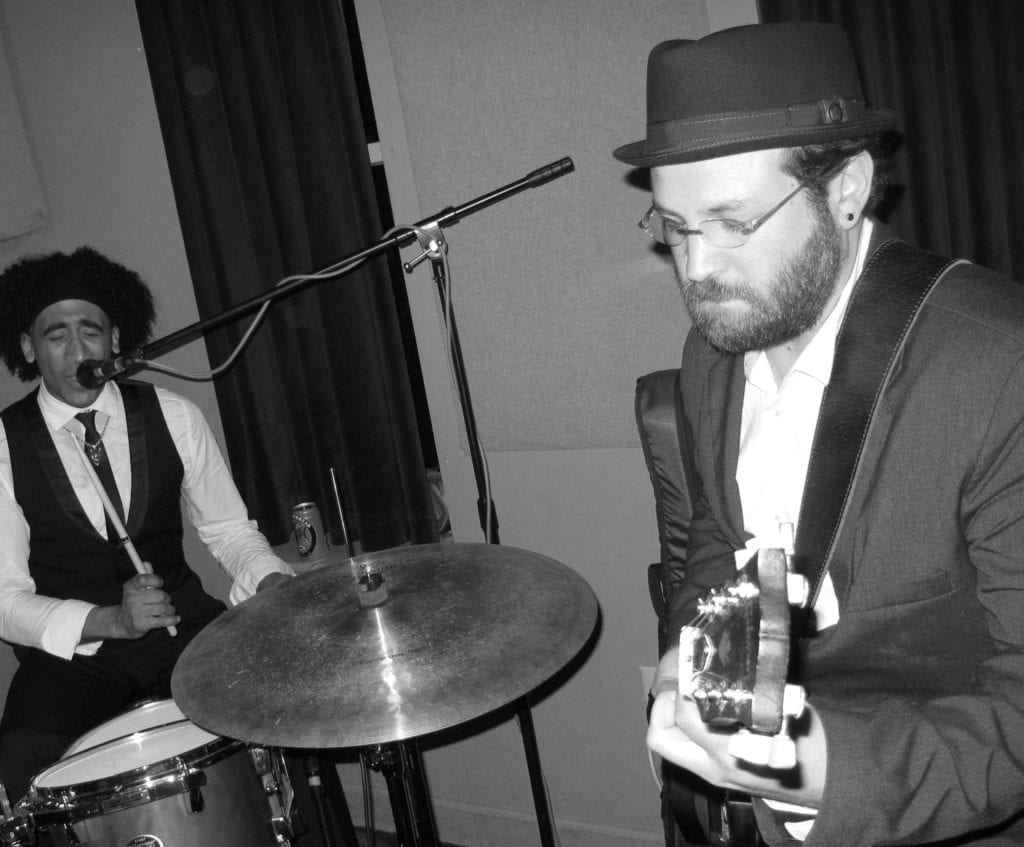 All this and he manages to host an ever-fluid lineup of impressive talent to help him throw it down midweek.  He specializes in a three-piece, just about the right size for the room, what with the Hammond and the Leslie and the locals all having to fit at once…a  small room with a big dancing crowd.

The usual suspects for the Beau Sasser Trio line-up are Bill Carbone or Alan Evans behind the Drums, Tim Palmeiri, Scott Murawski or Danny Mayer with the lead guitar, and any which way you mix it, it’s always the best night of the week.

Drummer Bill Carbone is fellow Sparkplugger to Beau.   Sparkplug is the now tribute band to the late great Melvin Sparks, that was once his very own band…you can’t get much closer to the real thing as that.  Bill is also the present drummer for the 40-year running New England-based band Max Creek.  You can catch Bill on drums with Max Creek up the road in Greenfield, MA at one of the two Wormtown Trading Company-sponsored Festivals that have featured Max Creek as a headliner since its inception.

The Spring time version of this festival is happening next weekend, and happens to be one of the best outdoor music festivals in New England.  Also Max Creek will be playing a two+ hour closer set at the third annual Camp Coldbrook Music Festival on Sunday June 23 in Barre, MA.  You can find one day passes for that event online to go check them out at that great spot.  If you make it to one of these shows you will undoubtedly experience the signature drum solo a la Carbone.

This can feel not unlike taking a little trip out to outer space and then coming back down to burrow in to the center of the Earth.  Bill’s beat is a steady forward motion with tribal tones that he accentuates with his toms.  I was amazed to see him playing his drums at one point with a drumstick that appeared to have some sort of tambourine rattle at the striking end, adding an extra little smash to each hit in unison with the beat of that hand. 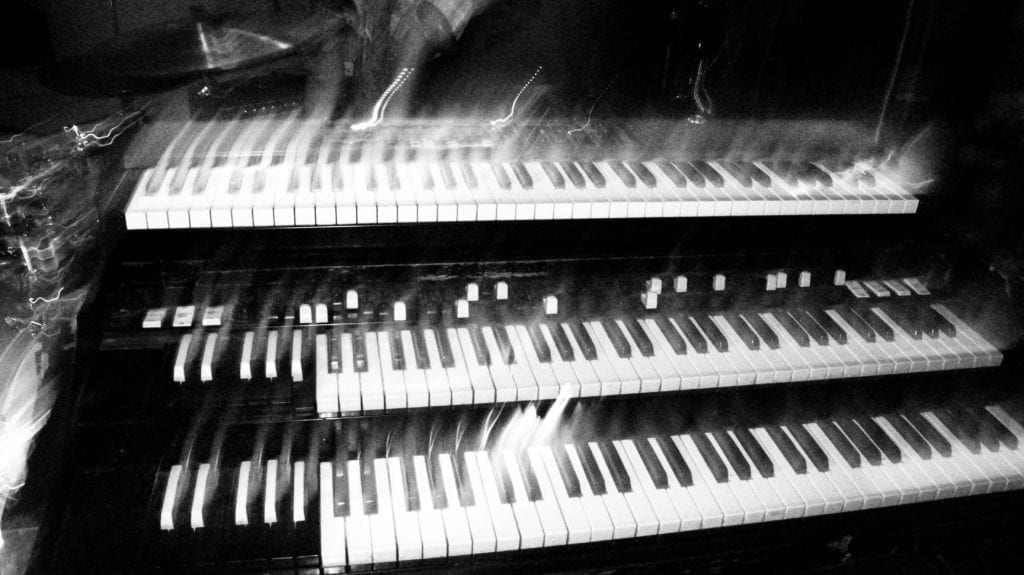 Bill, with his beautiful and extensive golden drum set, supports his fellow musicians with a space that allows the other members of the trio to jam out melodically, which in the case of playing alongside Beau, is appreciated.

Alan Evans is of course the backbone and singular composer for the ‘Alan Evans Trio’ as well as being the drummer for the band Soulive.  Alan specializes in dropping some serious funk on your head in the form of drum riffs that leave the whole room jamming on the down beat.  Alan’s drumming is like a conversation of funk that corresponds with Beau’s keys.  If Beau asks a question, you can guarantee that Alan’s answer is succinct, funky and defined like a rhythmic, melodic sentence.  The sudden silencing of Alan’s cymbols at the end of a riff is Mr. Evan’s modus operandi.  The beat is caught again in the hang-time and the funkiness never quits.   It just soothes the local soul to know that you can go see this guy for five dollars in a room just slightly larger than the size of your living room, when around the country people are paying good money for theatre seats to see his band.  The Alan Evans Trio will be at Strangcreek Campout next week as well on the main stage…another reason to hit that fest.

The flavor of the trio from week to week is accentuated best perhaps not surprisingly by the third member.  Guitarist Tim Palmeiri, also of Kung Fu and The Breakfast is often the man on the frets.  His psychedelic jamz are always stretching the boundaries of insanity and clarity, melding and warping the mind and bringing out a following of folks that seem to twist their dance groove up much like their hair.  The play between Tim and Beau is always a cat and mouse hilarity, an untangling of a riddle of rhythm and riff.  When the lineup is Sasser, Palmeiri and Carbone, they call themselves the Z3 and Zappa is their game.

Tonight is especially bitter for me, in that I’m missing a lineup that has me so curious:  Sasser, Carbone and Mayer.  Guitar player Danny Mayer is the third man of the Alan Evans Trio, and most recent to become local on the scene.  Danny’s unassuming visage is just a façade, and I learned this quickly the one and only time I saw him perform.  Smartly dressed in a suit and bowler hat, sporting a casual beard, Danny hits the beats with class.  His technical prowess comes off as second nature much as say, walking would come as easily to the rest of us. 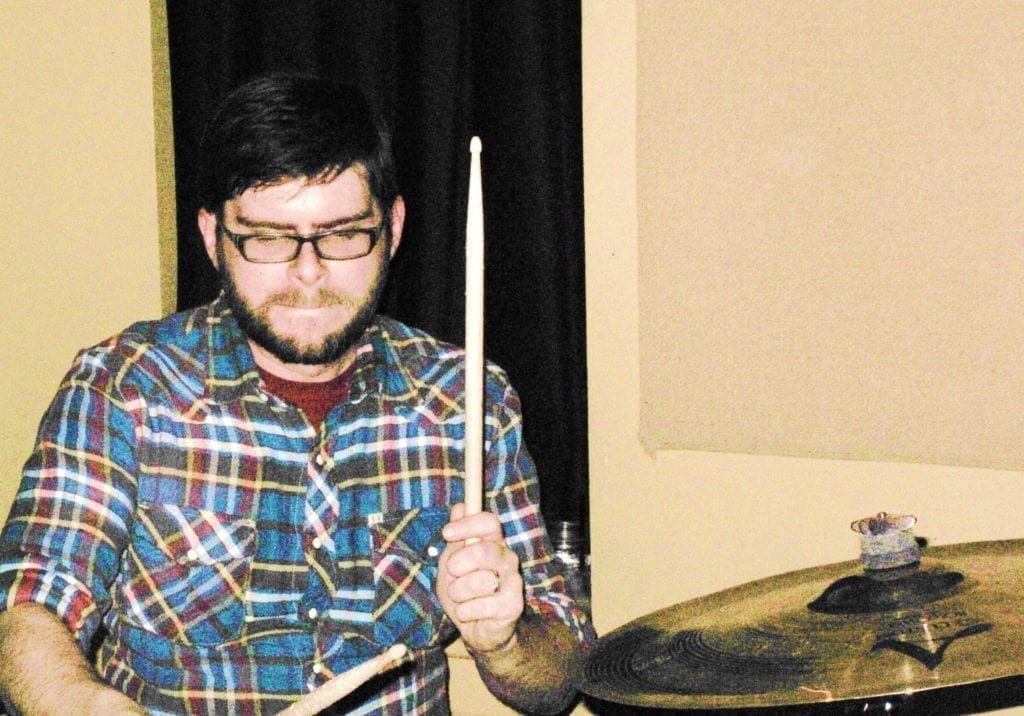 Danny relaxes and supports Beau’s keys with a lack of ego that couples with a confidence displayed through his solos, long sentences of glorious playful complicated riffs that find their way home, that always seem to make perfect sense.  Listening to Danny play funk on the guitar is to feel the song of the funk in your bones.  It’s close to 1 am now here and I’ve got an impenetrable feeling that I’m missing it all, a great moment in time.

I have to mention here as well that occasionally Beau gets special guest stars to appear and to play his melodic counterpart.  One such instance was with Max Creek’s lead man, Scott Murawski.

Until this time, every time I saw him play was from 500 people back, in the middle of a dark field on a blanket dancing under the stars.  He would be a small glowing speck of light with shining long silver hair on a huge stage.  Seeing him in this room was an experience to hold in my collection of magical moments, his enjoyment of music so real and present even after 4 decades of performing, though without a doubt, jamming with Beau’s funky keys had a bit to do with that this night.  I personally felt a happiness in myself which seemed like a residual bouncing around of positive energy in a sphere around Murawski that had more to do with his life-long musical experience shining down on me than my own singular experience in that moment.  Being so close to his music, so close to the guitar that I grew up knowing as the voice of Max Creek was just very powerful.  It’s the power of music that flows through some people that accesses us all to a universal moment to moment experience that we can all look each other in the eyeball and know without talking that we feel the same, somehow so good, so connected by the notes that speak to us.

The whirring Leslie, the red shiny reflection of Beau in the second tier of his keyboards, a base line thumping out of his left hand that absolutely never quits, never slips…to really try to explain what Beau Sasser sounds like on the keys seems a silly venture.  He is informed by so much music, so many greats, it’s hard to tell what is Beau and what is the first funky thought ever thunk. 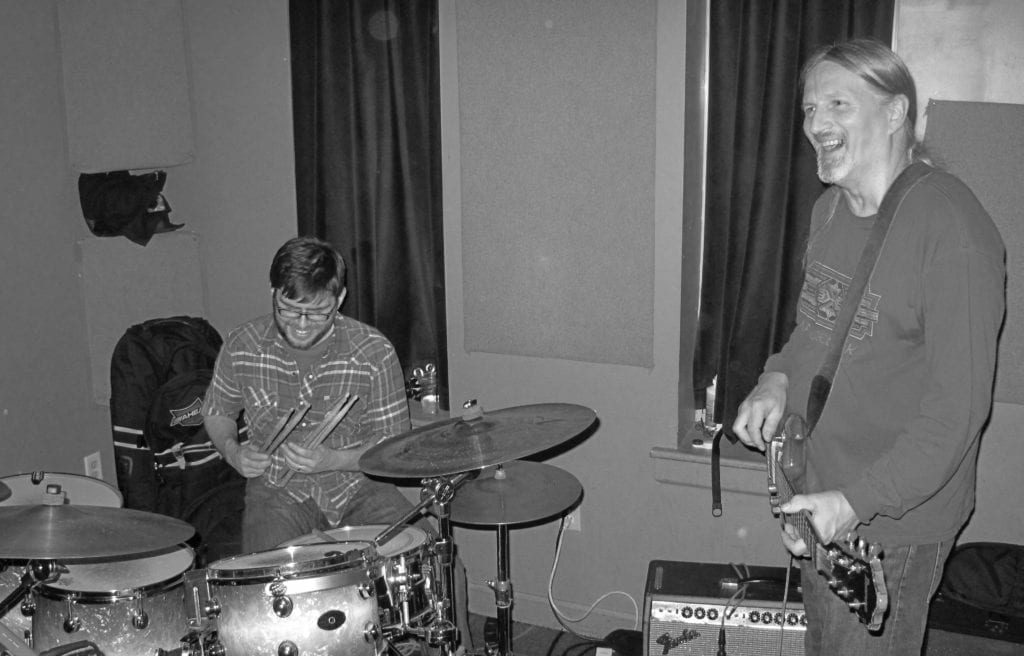 What’s important is that he brings it all to the table, and it’s a local dish served up family style with old school skills.  His time at various prestigious schools studying jazz music didn’t homogenize his sound.  He found some universal joyous path that unfolds beneath his fingertips and he’s been leading people down it ever since.

Go and get some of this, if your heart needs healing, if your mind needs mending, if your soul needs soothing or the world just won’t give you any love.  Or if you’ve got it all, no matter, go see Beau.  Even if you don’t know it, you’re probably in serious need of a good dose of this guy’s sound.

Check out some video of Tim Palmieri, Beau Sasser and Alan Evans in the attached video section,  BATtrio! from Bishop’s Lounge. 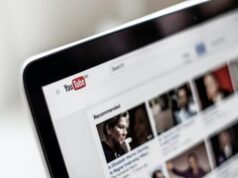 Five Reasons Why You Should Take Music Lessons on YouTube

Donald Fagen & the Nightflyers at the Capitol...