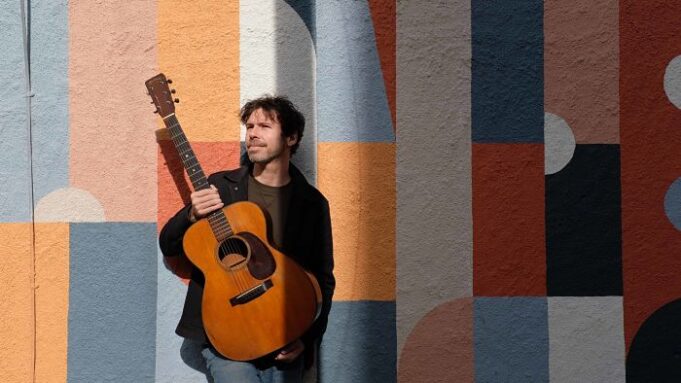 Debut Album Too Close To Reason Out March 4, show dates in northeast announced for early spring.

Today, Scott Metzger announces his debut album, Too Close To Reason, due March 4 via RPF Records. The collection’s first single is “Don’t Be A Stranger” and was filmed by Daniel Jaffe & Marina King.

Comprised by 12 solo-acoustic guitar recordings of pastoral and ambient beauty, fans of Metzger’s previous work with bands like Joe Russo’s Almost Dead, WOLF! and The Showdown Kids are presented an entirely different side of his range and vision as a guitarist and songwriter. Metzger will support the album with a series of tour dates, four of which have been announced and go on-sale this Friday, January 7 at scottmetzger.com, including shows in Boston, New York City, Washington, DC and Philadelphia. Additional shows will be announced shortly.

When the global pandemic darkened stages everywhere, Metzger hunkered down in Brooklyn and did what came naturally—he picked up the guitar every day and wrote instrumental music. Shortly thereafter, he booked time at Brooklyn recording studio, Restoration Sound, to document the guitar pieces he’d created. The result of those efforts is Too Close to Reason—Metzger’s first solo album in what’s already a distinguished 20-plus year career. The 12-track collection showcases a more introspective side of his musical personality. From the first swelling notes of the atmospheric “Appropriate Wattage,” it’s full of musical surprises, starting with the fact that Metzger plays nearly every note of this primarily acoustic guitar-based album. The sole exception is “Only Child,” a ballad with Katie Jacoby, violinist for The Who (and Metzger’s fiancée).

Too Close To Reason exposes trace elements of Metzger’s musical DNA through influences like Chet Atkins, Django Reinhardt, Jim Hall, and Richard Thompson, but it ultimately presents his own fully-formed and distinct voice as a guitarist. Both a player and composer, Metzger knows how to attract attention rather than demand it. He balances virtuosity with understatement, never feeling the need to impress with long solos or formidable displays of technique. Instead, Metzger lets his compositions create moods and colors, from the dark mystery of “Talk Like That” to the effervescence of “When Katie Smiles.” His trademark as a composer is modulation; he never gets stuck in one place. Tunes like the countrified “Don’t Be a Stranger” and the bucolic “Asking for a Friend” move through scene-setting intros, lightly stated themes, key changes, and unexpected shifts in direction that maintain a constant sense of forward momentum. Metzger is not afraid to spend time developing a single idea, as he does in the opening of the ethereal “Dream Room,” a two-part opus that patiently reveals itself to be the point of departure for an unexpected destination.

The through line of Too Close To Reason is found in Scott Metzger’s ability to manage conflicting tensions. He’s introspective without being self-indulgent and welcoming without being a crowd-pleaser. In short, his debut reveals an artist in full bloom who has honed his craft and knows himself, contradictions and all. With Too Close to Reason, Metzger has created the musical equivalent of a mirror, and he invites us to peer into that reflection by listening deeply.