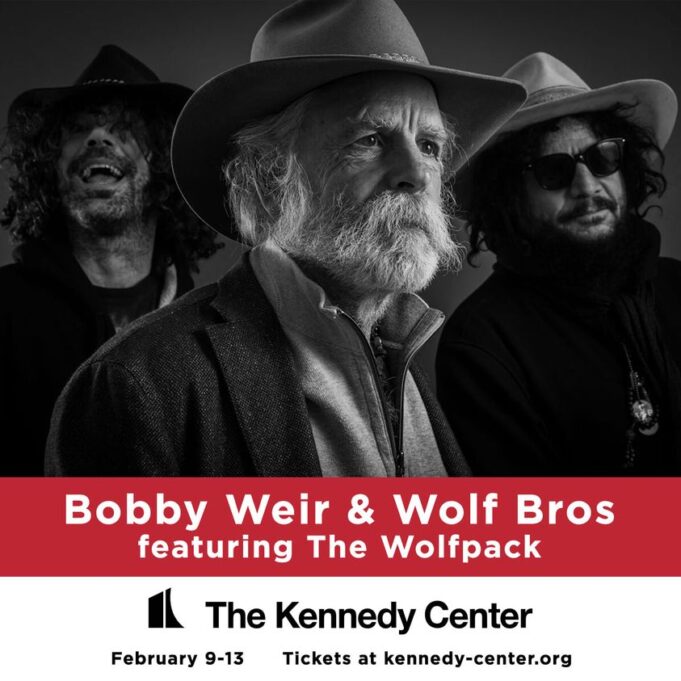 Tickets and Enhanced Fan Experiences are on sale now! BobWeir.net/Events

For those who have watched the development of the Wolf Brothers from a trio touring in a basic Bob Weir solo project, into a full band with horns this announcement is no surprise. The initial trio consisted of Weir, producer and upright bassist Don Was, and drummer Jay Lane, whose notable appearances with Dead and Company in relief of an ailing Bill Kreutzman was quite the premonition for these shows.

This year has seen the band swell to epic proportions with additions including pedal steel, Jeff Chimenti on piano in April, and a significant horn section called the Wolf Pack. The examples of this extended band have illustrated Weir’s desire to orchestrate his significant song book, to slow down and stretch out the songs exploring melodies and harmonies heretofore impossible in an electric rock band.

The announcement that these shows will be at the famed Kennedy center and will include significant orchestration is just the next step in the development of the Wolf Brothers.