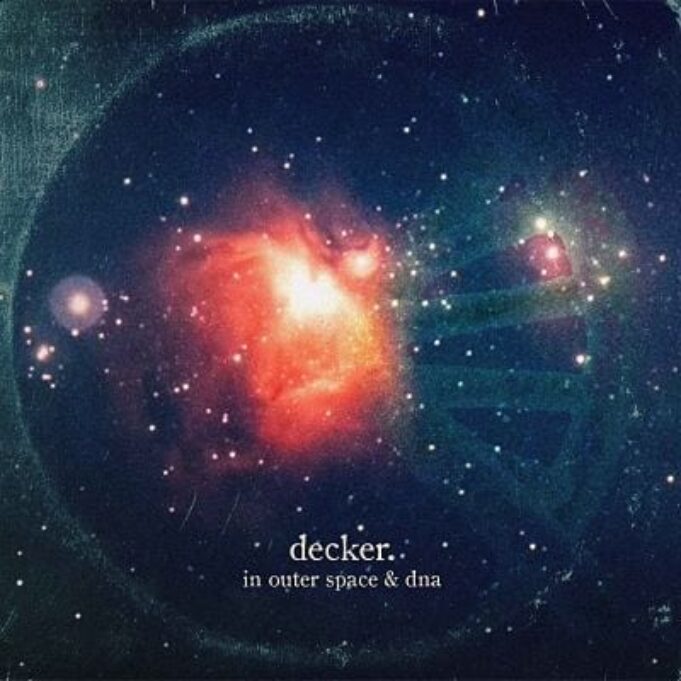 Today, Sedona, AZ-based desert psych singer/songwriter decker. shares “In Outer Space & DNA“. Fittingly released on the 56th anniversary of the first spacewalk, by Soviet cosmonaut Alexei Leonov, the timely track sets its sites on transcendence as it offers a call to rise above these calamitous times.

“Here we are in this great unveiling,” says Brandon Decker. “It’s like terminal velocity in so many ways. The world is in chaos and we are all feeling it; the division brought on by politics, the pandemic and its many implications, these systems and structures are so far gone and it can seem so dark and difficult to maintain our humanity. We’ve all got to find a way to rise above what we’re bombarded with on the news and social media everyday.”

Indeed, “In Outer Space & DNA” is an anthem to remind the listener that we’re part of something even greater and no less important than humanity—the endless Universe itself.

“I’ve always been fascinated by the fact that the microscopic images of the human cell and the photos of the deepest reaches of the cosmos are so similar, basically identical,” continues Decker. “Such as to say, the smallest fragment of our makeup is the same as the greatest reaches of the macro. It’s a scary thought and, at the same time, relieving to know we’re just part of the one.”

decker. is currently working on his next full-length studio album planned for 2022 release.