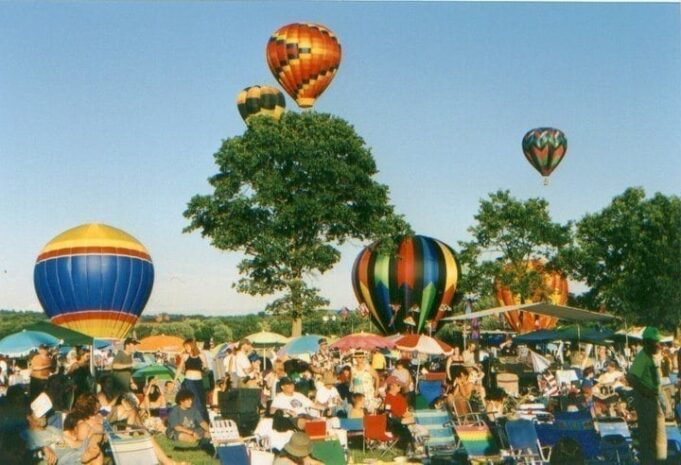 A hot and humid weekend had folks cool drinking during a euphony of music in celebration of the 100th anniversary of Woody Guthrie’s birthday. Three stages and three generations of Guthries made for a festive family reunion. Main-staged Sarah Lee Guthrie and Johnny Irion kicked it off with a folk song about their Berkshire home, “When The Lilacs Are In Bloom.” Wonderful harmonies colored Woody’s “Pastures Of Plenty” and their own “Bright Examples.” The Meltdown Stage featured the whimsy sounds of the Sweetback Sisters. Kids also loved Eloise the Great with the ukulele. Chuck Prophet rocked a “Summertime Thing” for older kids. He posed the question, “Who Put The Bomp?” in a modern rock style.

The hip-shakin’ Charles Bradley expressed deep emotion with the splits, sweat and a slow burn of soul wrenching heartache. His pain conjured a funky, “Heart Of Gold” and his “Never Give Up On Love” rave. A kids Mardi Gras parade ensued to the beat of Dixieland. Later, couples danced to the Latin roots-rock hits of Los Lobos.

As dusk settled, hot air balloons lifted as the last of the frisbee players left yonder field. The Guthrie clan sang “Kindness” to the main throng of the large audience. Arlo and Sara Lee sang “Oklahoma Hills.” The whole family rocked “Coming into Los Angeles” with Abe’s stand-out keyboard solo. His son Krishna handled electric guitar on Wilco’s “Airplane To Heaven.” The fun sing-along ended with a spirited “My Peace.” Day two caught the “Ramblin’ Round” spirit of Woody.

Day two featured Nashvillian Elizabeth Cook, who performed country and gospel. Her take on Merle Haggard’s “Today, I Started Loving You” raised smiles. With a voice that tingled, she took the stage by storm with the gospel rave-up “Hear Jerusalem Calling.” Chris Smither mellowed down easy with his fingerstyle guitar Delta Blues. Master British guitarist Richard Thompson performed songs from “Walking On Wire” including his classic “1952 Vincent Black Lightning.” Peter Mulvey sang a warm vibed set at the Meltdown Stage ending with “Knuckleball Suite.” The Reggae music of The Alchemystics competed with an appearance by powerhouse zydeco player C.J. Chenier on Yonder Stage. Green River had something for everyone, including awesome food.

WRSI The River FM is doing a Green River weekend, you can find the live listening link here.

This review was originally posted here. In The Spotlight: Supporting the Arts in Western Massachusetts and Beyond.