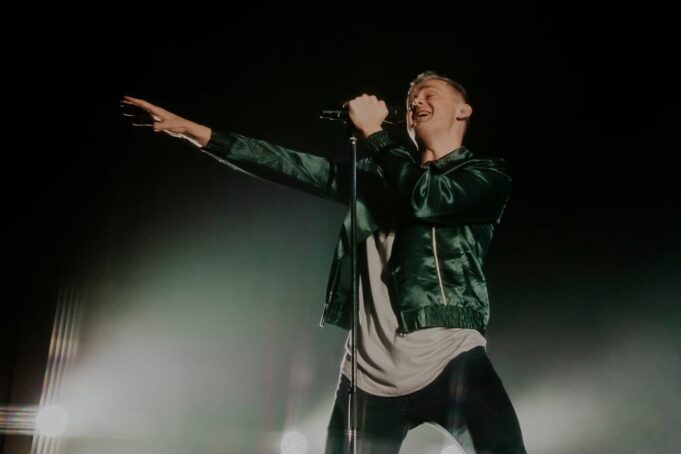 Keane brought their Cause and Effect Tour to the Fox Theatre in Oakland on March 9th.

Check out the extensive gallery of photos from this night by Justine Willard here.

Despite being a Monday night, it was still a packed show with adoring fans at the Fox Theatre in Oakland, CA for the latest stop on the Cause and Effect Tour with English modern rock band Keane. Tom Chaplin, lead vocalist, talked about how this was their fourth time performing at the venue and how they always look forward to it each time they tour.

If you are interested in submitting a review or news story, please hit us up at [email protected] Consider the Glory!

Keane is an English rock band from Battle, East Sussex, who were formed in 1995. Keane is composed of Tom Chaplin, Tim Rice-Oxley, Richard Hughes, and Jesse Quin. They gained worldwide acclaim with the release of their single “Somewhere Only We Know” which was released in 2004. They continue to release new music and tour the globe.

On this night, they performed songs from all of their albums for both old and new fans. They describe their influences that run from the Beatles through Radiohead and Blur and you can really hear those sounds in their music and throughout the set on this night. The crowd was enthralled, at times lending their voices to the songs in a giant sing a long.

Check out the extensive gallery of photos from this night by Justine Willard here.

If you are interested in submitting a review or news story, please hit us up at [email protected] Consider the Glory!