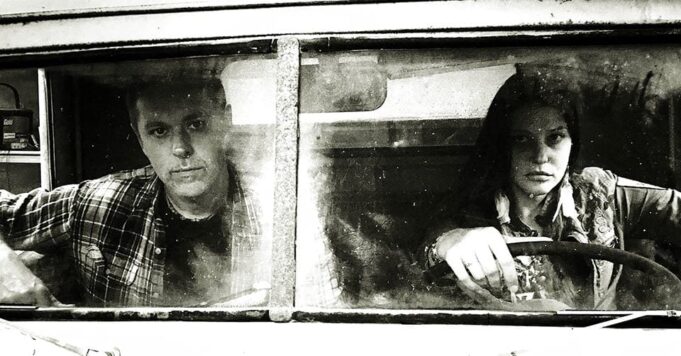 We’ve been touring to Austin for the past 4 years, the last two during SXSW. We’ve never been involved with any official SXSW events but it’s still a great time to be down here and the weather is much better than it is in the northeast where we live. We arrived here on February 29th. At that time, we hadn’t heard much talk about Covid-19 and we had no inkling about what would develop over the next few weeks.

The first time I heard about the possibility of the festival being canceled was at my dialysis treatment in Austin on Monday, March 2nd.  I overheard the medical staff talking about it and I looked it up to confirm what I’d heard. At first city officials were saying that they had no plans to cancel the festival but they would keep an eye on the situation and follow CDC recommendations.

A few days later on March 6th, the announcement came that they had canceled the festival. When I heard this news, my first thought was that they were overreacting and that it didn’t seem necessary. I also thought that our own gigs wouldn’t be affected as they aren’t official SXSW events but that would soon change as well. (We also read, SXSW had to lay off 30% of their employees. As far as we know, almost 100% of musicians and venues have cancelled all shows over the next couple months in Austin. The local community has become economically dependent on this festival. One can only imagine how hard this is for the well being of Austin.)

The overall vibe of the places we went seemed pretty normal at first. We performed in Houston, Austin and Corpus Christi the first week we were here. Not many people were talking about the virus and the only precaution we were taking was to make sure we washed our hands a lot. There were also no cases in Austin at this time. Everything seemed to be business as usual. We even asked a barista at a local coffee house, Radio Coffee, if she felt that the cancellation of SXSW was impacting their business. She said there were still tons of people around and that she noticed a lot of people with accents so she thought people had been coming to Austin despite the cancellation. A few days later when we performed on a Thursday night at the club downtown where we have a month long residency, we started to notice the impact of the cancellation of SXSW. I talked to the sound guy about it and he said the cancellation was definitely affecting their business and all of the businesses downtown. He said “it’s like a ghost town”.

As news started to develop about the Covid-19 outbreak, we started to feel more concerned about our own personal situation and especially with my underlying health condition and scheduled kidney transplant in April. We started to hear of cancellations of events right and left and decided that before we traveled outside of Austin to our gigs that we had scheduled for last weekend in Fort Worth and San Angelo, we would call the transplant center back home and see what they had to say. Their recommendation was that we stay put as much as possible and don’t go anywhere where there might be a crowd. As much as we hate to cancel anything we decided that it was in our best interest not to go and the fact that they’d had 6 or so confirmed cases in the area we were traveling to definitely influenced our decision not to go.

To donate to Erika’s medical fund, click this link.

Since we had decided to cancel our shows last weekend, we decided we would do a live stream concert from where we are staying on Saturday. We had never done this before but it seemed like a great alternative to playing a live show and it turned out great. We had about 75 tuning in live, many people we knew and it seemed to be a very positive experience for all of us. That evening, I received an email from a festival we are to perform in Louisiana later this month- they decided to cancel the festival when just a few days before they had sent an email that said they would not be canceling the festival. Everything was changing very rapidly and I began to wonder if we should cancel all of our shows on our route home to reduce exposure. We are taking the cancellations day by day on our end, but the shows seem to be cancelling themselves at this point.

Sometime over the course of last week we needed to go get some groceries. My friend and I went to the store and they seemed pretty well stocked on everything other than toilet paper. Ryan and I had also been to a drug store earlier that day and he noticed that they still had toilet paper. We had been making jokes about the toilet paper frenzy all week.

Sometime later that evening, we talked with our friends that are hosting us and all came to the conclusion that we should go back to the store the next day and actually stock up a bit on supplies, just in case we wound up being stuck here for a while. So we went to the store the next day. First we hit the drug store we had been to the previous day thinking they must still have toilet paper, they just had it yesterday. As we sat in the parking lot for a few minutes talking before we went in, I began to notice more and more people were pulling in to the parking lot. Many more cars were there than there were yesterday and when we went in the aisle that was fully stocked with toilet paper the day before, and it was empty. We picked up a couple of items there and then decided we’d go to Target because my friend had said it was always slow. Not today. There were tons of people there, shelves where toilet paper is usually stocked were now empty and the shelves in the pharmacy area where they keep cold and flu medication and over the counter pain medication were bare. There was one bottle of regular Tylenol left which I grabbed because I had just run out. I had never seen anything like this before and honestly it was a bit disconcerting.

As of now we are undecided as to what to do with the rest of our shows that we have scheduled. We also don’t know if we should stay here in Austin or go back home to Maine. Everything is uncertain and we are taking this one day at a time and trying not to get overly freaked out by it but really it sounds like the best thing everyone can do is lay low until this all blows over. We are doing our best to take advantage of this extra time to work on writing new songs and we’ll continue to host live stream concerts until we can resume live performances.

Stay safe and wash your hands!

To donate to Erika’s medical fund, click this link.

Drop us a line at [email protected] with your live music news or show reviews.