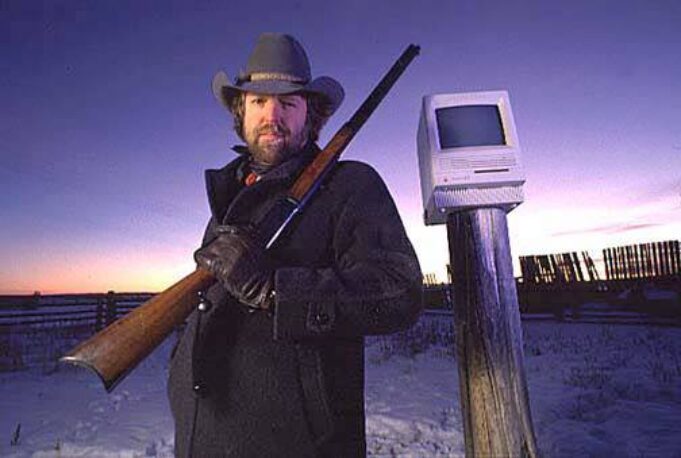 “Fare thee well now, let your life proceed by its own design. Nothing to tell now, let the words be yours, I’m done with mine.”       John Perry Barlow We are sad to report that Grateful Dead lyricist John Perry Barlow ((born October 3, 1947- February 7, 2018) has died after a prolonged illness. The longtime writing partner of Bob Weir succumbed to his illness on February 7th, 2018. Barlow’s writing credits within the Grateful Dead include classics from Black Throated Wind to Looks Like Rain, Mexicali Blues, Hell in a Bucket, the Music Never Stopped and countless others.

The list of his credits is lengthy and encompasses some of the most beloved material recorded by the band over a period of time that spans decades. In addition to his work as a celebrated lyricist Barlow became quite well known as a pioneer of modern internet technology and culture, is credited with coining the phrase cyberspace and was the founder of the Electronic Frontier Foundation. He is credited with these quotes about the internet:

Relying on the government to protect your privacy is like asking a peeping tom to install your window blinds.

The Internet treats censorship as a malfunction and routes around it.

We will create a civilization of the Mind in Cyberspace. May it be more humane and fair than the world your governments have made before.

Barlow was very politically active with both the Republican and Democratic parties.   He was an early advocate of net neutrality: “Governments of the Industrial World, you weary giants of flesh and steel, I come from Cyberspace, the new home of Mind. On behalf of the future, I ask you of the past to leave us alone. You are not welcome among us. You have no sovereignty where we gather.”

Barlow was born in Jackson, WY and his progression from Wyoming rancher to Grateful Dead lyricist to internet activist and his many other interests are an illustration of the diverse interests of the whole Grateful Dead scene.  He is reported to have passed away peacefully in his sleep.  He will be missed.
To submit a review or story for consideration hit us at [email protected] Check out the Live Music News and Review.com Facebook page for updates and announcements.