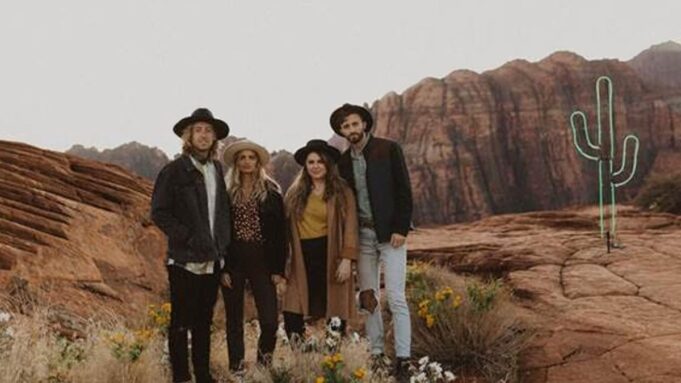 Folk-influenced indie pop band The National Parks are excited to announce the launch of their own festival experience in 2020 called Superbloom Music Festival as first revealed via Billboard.com. The first-ever Superbloom will take place Saturday, April 25th at The OC Tanner Amphitheater at Zion National Park in the band’s home state of Utah and will feature a headlining set from The National Parks along with performances from Joshua James, The Strike, Tow’rs, The Federal Empire, Ellee Duke and Brother. A special VIP pre-fest event on Friday, April 24th is also confirmed with an exclusive campfire acoustic show from The National Parks at a location to be announced. Gates will open at 1pm with music running from 2-10pm. Public on-sale for the Superbloom Music Festival begins this Friday, January 24th with pre-sale tickets available starting Thursday, January 23rd.

“The idea of the Superbloom Music Festival was originally born because we wanted to throw a big destination celebration in support of our new album that we’ll be announcing and releasing soon,” shares The National Parks’ lead vocalist/guitarist Brady Parks. “We feel really lucky to be a band from Utah and to be surrounded by such natural beauty and the OC Tanner Amphitheater is one of those strikingly beautiful places. It’s a venue that backs up to Zion National Park and is surrounded by massive red rock cliffs. We played a show there a few years ago and ever since then we’ve been dying to go back. This festival is going to be so special for us and we are excited to have this incredible lineup full of friends and bands and artists that we love. This will be an experience with beautiful music in a beautiful setting and for us, getting to celebrate by playing some old and new songs under the sea of stars feels meant to be.”

“We wanted to create a destination event that gives the fans a timeless experience of incredible music in the natural landscape of Zion National Park,” adds Rory Felton of Feltone, the band’s management. “Who doesn’t love national parks and what better way to celebrate The National Parks than at a national park? It’s also an example of when great partnerships deliver wonderful results. Will Sartain and his team at S&S Presents and Dan Boyle and Regeena Draizin at APA have all been amazing partners to work with to bring Superbloom to life.”

The National Parks create atmospheric and “anthemic indie-folk as boundless as their name would suggest” (Paste) centered around male/female harmonies backdropped by guitar/piano/violin instrumentation. The band (Brady Parks [vocals, guitar], Sydney Macfarlane [vocals, keys], Megan Parks [violin], Cam Brannelly [drums]) was formed in 2013 in Provo, Utah and has since independently released three full-length albums, Young (2013), Until I Live (2015) and Places (2017, deluxe version 2018), which have collectively amassed more than 90 million total streams and garnered praise and support from the likes of NPR, Paste, Relix, PopMatters, Baeble Music, Atwood Magazine, Glide Magazine and more. Look for the official announcement about The National Parks new album in February.

Superbloom Music Festival is being produced by S&S Presents, The National Parks and Feltone.

Drop us a line at [email protected] to share your festival announcements, live music news and show reviews.