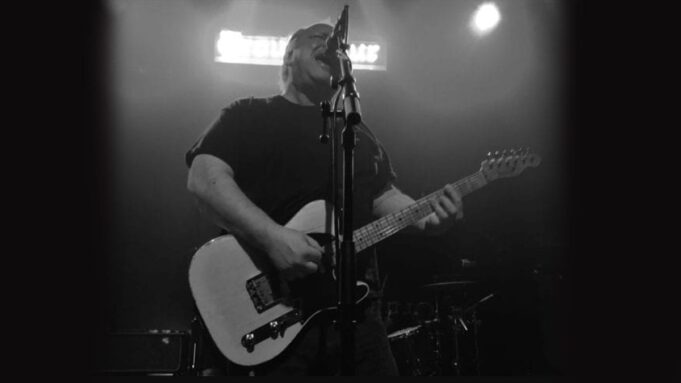 Sold Out Show for The Pixies at The Troubadour, Los Angeles, CA December 2, 2019 by Harriet Kaplan

The line wrapped around the block of The Troubadour in Los Angeles, CA, as many fans excitedly waited for the doors to open for the first of a sold out, two-night stand with the Pixies. The legendary alternative rock band has influenced countless acts including Nirvana, Radiohead, Pearl Jam, Weezer, PJ Harvey, The Strokes, Arcade Fire, and many more.

The group is playing six “Close and Personal” North American concerts this month. A rare stop at Troubadour on December 2, opening night, saw the huge crowd outside talking animatedly about seeing this iconic group live and discussing what they wanted or hoped the band would play live in concert and some were carrying their treasured and cherished memorabilia inside like vintage posters and favorite albums.

In 1986, The Pixies burst onto the music scene melding punk and indie rock guitar, classic pop, surf rock and arena-stylized riffs fused together by singer/guitarist Black Francis’ unique, unusual fragmented lyrics that ruminated on pop culture, space, sex, mutilation, and religion. The cryptic lyrical meaning has always been hard to navigate through, but the music has always been straightforward, potent and thrilling.

The same could be said of the show at Troubadour where the Pixies performed on their own terms, swept up in a torrent wave of creativity, improvisation and craftsmanship that was awe inspiring and mind blowing. There was no small talk or banter from the stage, but the giddy audience didn’t seem upset or disappointed. Instead, fans were entranced and mesmerized by the raw and explosive combination of eclectic talents of the founding members Black Francis, guitarist Joey Santiago, drummer David Lovering and the newest addition to the Pixies lineup, bassist Paz Lenchantin who joined the band permanently in 2016 after touring with them in 2014.

Though the newest member of the Pixies, Lenchantin is known for playing bass or strings with various bands, including Entrance, A Perfect Circle, Zwan, and Queens of the Stone Age.

The Pixies have a storied career characterized more by success than by low points, but there have been a few. A breakup came in 1993 after five albums. Then, a reunion tour in 2004 saw the Pixies playing to sell-out audiences worldwide. Next, was the departure of founding bassist Kim Deal in 2012.

The Pixies were missing former member Kim Shattuck who had replaced Deal, and who recently passed away after a battle with ALS.. After a brief stint in the Pixies she later was in the band the Muffs and was also in the Pandoras.

The release of their first studio album in more than two decades came with Indie Cindy in 2014. In 2016, Head Carrier featured Lenchantin’s recording debut with the band. Then, this past fall, their second LP, Beneath The Eyrie, was released and recorded with the Pixies as unit.

With an expansive and generous set list of over 30 songs (including radio hits “Here Comes Your Man,” “Monkey Gone To Heaven” and “Where Is My Mind”) performed over two hours featuring material from Head Carrier, Beneath The Eyrie, Doolittle, Surfer Rosa, Trompe Le Monde, Bossanova, and more, the Pixies dove deep into their seminal catalog of material. All the songs that they performed stood as a testament and reminder of their legacy and enduring popularity that’s impossible to overstate.

Check out the LMNR Facebook page for updates and offers.