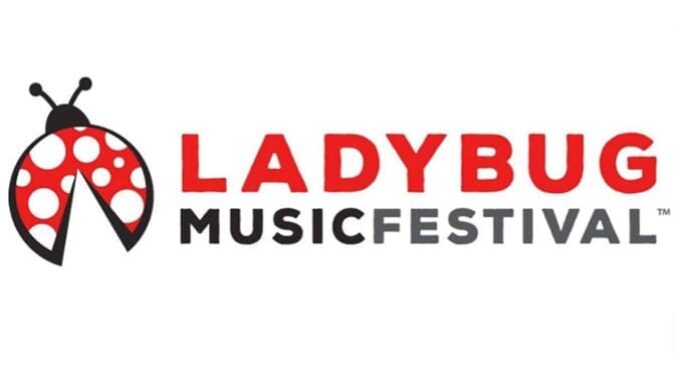 Gable Music Ventures has announced the lineup for the 8th annual Ladybug Music Festival presented by Chase, happening on Thursday, July 18th, and Friday, July 19th, along Market Street in Wilmington, Delaware.  The live music block party, created as a free to attend alternative to Firefly Music Festival, boasts a lineup of over 100 artists, many traveling quite a distance to perform at the event.  Artists from Canada, Ohio, Tennessee, Boston, and Los Angeles are among the artists attendees can expect to find.

Notable artists scheduled to perform are Phoebe Legere, whose most recent album, “Heart of Love” broke the top 20 on the Roots Music Radio charts and was cited by Fest photographer Joe del Tufo as a “revelation. The discovery of Ladybug for me.” Also appearing: Jessica Latshaw, who had the attention of millions when a video of her performing in the New York Subway went viral, Angela Sheik who recently moved out to Los Angeles, twin sisters Nalani & Sarina who were the festival headliners in 2018, and Aubrey Haddard who also landed herself on the Firefly Festival lineup this year.

Organizers at Gable Music Ventures have decided to pull together a band they’re calling “The Ladybugs of Soul” to pay tribute to Aretha Franklin, Whitney Houston, Chaka Khan, Tina Turner and more to close out night one on the main stage right on Market Street on the festival’s long time home, 2nd & LOMA (lower market).

New this year is the first ever “Bug Crawl” a play off of Pub Crawl, happening at 15 venues along the length of Market Street on night two.  Chicky’s Pizza Pub, LOMA Coffee, The Farmer & the Cow (hosting four acts from Nashville), Merchant Bar, The Crown at the Queen, Delaware College of Art and Design (DCAD), Bardea, Starbucks, The Christina Cultural Arts Center, Spaceboy Clothing, the brand new plaza at Chelsea Tavern, The Sarah Bernhardt Salon at the Grand, Stitch House Brewery, DECO Food Hall, and Tonic Bar & Grill will all host live music.

Also new this year is a Ladybug Rosé Lager brewed in collaboration by Mispillion River Brewing out of Milford, and Stitch House Brewery in Wilmington, the two locations currently hosting Ladybug Music Festivals. The beer will be available for purchase leading up to, and at the event.

Ladybug Festival co-founder and CEO of Gable Music Ventures, Gayle Dillman, says that the idea of the Bug Crawl came out of conversations internally about wanting to make sure businesses all along the length of Market Street feel the boost in business that Ladybug provides.

The Ladybug Music Festival achieved national press in 2018 from Billboard Magazine, and is the largest celebration of women in music in the country.