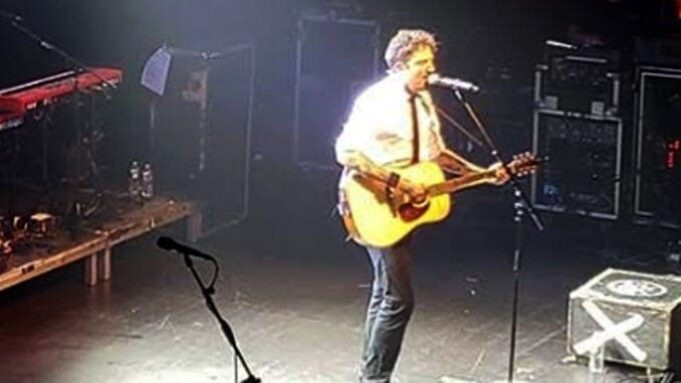 From the video channel of Craig McAvoy:

English folk/punk singer-songwriter Frank Turner played six shows this week at The Royale in Boston in support of his recently released LP Be More Kind. My wife and I attended shows three and four of this run on Friday and Saturday nights. I had never been to this venue before. Located in the Boston theater district, diagonally across from The Wang Center, I found this venue to be a great space with friendly staff and a mellow vibe, although the sound was a bit muddled. Drinks were reasonably priced, and the views from the balcony were just right for old fogeys like ourselves.

My wife has come to love Frank Turner for his attitude and post-punk sensibility. These were on full display during the two shows. It is clear that Turner’s primary purpose is to make a connection with the audience. He encouraged dancing, singing along, crowd surfing, friendly moshing, and at several times literally connected with the audience by leaving the stage.  Once Turner circled the entire balcony, and another time he entered the mosh pit and then crowd surfed back to the stage, singing all the while.

From the video channel of K82:

Frank Turner gives his all during the shows, jumping, dancing, screaming, sweating, and clearly trying his best to communicate and lift up his audience. During somber songs, he was mellow, during rowdy songs, he was animated – all the while communicating the spirit of each song to every audience member, to make us feel what he feels when he wrote or performs the song. He is a first-rate performer who obviously cares deeply about the craft of live music. The two shows overlapped a bit but were also clearly different. Those songs that were repeated were played in different ways or at different spots in the set. I left having seen nearly every song I wished to from his catalog.

My one disappointment was not hearing “Sand in the Gears,” an unreleased protest song. This would have been particularly poignant had it come on the day of large protests against immigration policy that occurred in Boston on Saturday (in fact, I told him as much when I saw him walking by the protests).

Frank Turner’s music is fairly overtly left-wing political, but with a deep undercurrent of kindness and respect for all. Both shows we saw started at 7:45PM and ended at 9:30PM on the dot. In retrospect, these shows were a nearly perfect concert experience, leaving me with a deeper appreciation of the music and the artist. Frank Turner is now definitely on my list of “see him whenever you can” artists. Mere hours after the second show, I already am looking forward to the next opportunity.