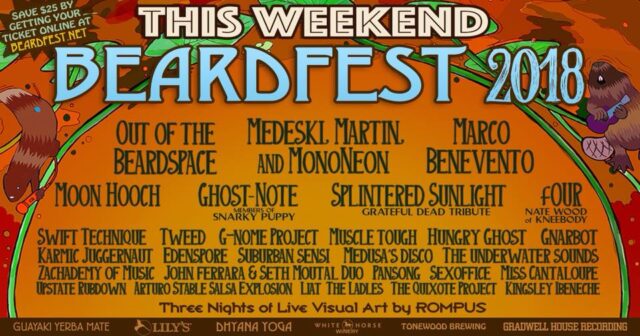 It was a one of those weekends where I faced several attractive activity choices and was having a lot of trouble making a decision. One of those options was the Dead&Co @ Citifield, but I just can’t stomach the venue anymore. Soon the stars, sun, and moon aligned for my very first Beardfest music festival, and I ran with it! I drove down with my van & mountain bike on Thursday night and got right into the game! As it turns out, this was a great decision! I absolutely hands down loved this festival!

The point being, the festival has absolutely nothing to do with beards! There’s no jolly parade or contest or anything with a bunch of chubby Santa Claus people sporting really huge, ornate beards. It’s just a music festival that’s been growing in popularity over the years, run by a band with an oddball name, with the occasionally bearded person either onstage or in attendance!

The venue is an old campground right in the middle of Pine Barrens and Wharton State Park. The venue’s only purpose now is to support festivals. “Camp Jam in the Pines” is held here, and several others, including the one off “Forest Grove”. The venue is well supportive of the event. Gorgeous, with a nice lake/sandy beach, flush toilets, and showers. And lots and lots of forest & pine trees. Due to the amazing weather and lineup, I think they got more people than they expected. Which made entry, parking and camp setup not particularly smooth, as they immediately ran out of carside camping spots. (Which forced lots of people schlepping gear from remotely parked cars to “Downtown Festiville”).

But soon everyone got to where they needed to be and the party got underway. IMHO, I do think they need to relook how they handle things when capacity exceeds expectations. With all of that space in the middle of nowhere, there’s no reason everyone can’t carside camp. Just too much unnecessary gear hauling going on, given the sheer amount of available space. I was in my stealth van and asked for a spot that would support my usual setup: An EZ-UP over the gate.

With a little patience, my request was granted, and I was backed into a little nook behind a wood sign that couldn’t be used for any other car. (out in a lot that was for parking only, not camping). The spot was lumpy and bumpy and overgrown, but fortunately my onboard landscaping tools made quick work of that and my home base for the weekend was established! While I wasn’t surrounded by other campers, it was a great spot due to it’s close proximity to the stage and relative quiet for van sleeping.

In the mean time, my other buddies (Shout out to Dave, Jason(s), Aaron, Phil, Rich, etc) had set up a massive spread deep in the woods on the other side of the festival grounds! I was welcomed with open arms into that scene and it was a ton of fun having a more exciting outpost than my own. This venue is close to home for these friends, they’re veterans of this venue. They brought all of the right toys, including an impressive “hammock farm”, and fully powered lighting system. (which was very helpful to find them at night, since everyone’s campsite can look similar at night thru the trees). I loved how they arranged this two-staged music festival with no overlap of sets. There were no tough scheduling conflicts. Just roll from one stage to the other, with maybe a five minute walk past decorated campsites, vendors, workshop zones, and hippy art strung from trees.

While I didn’t review everything I saw, that doesn’t mean I disliked it. I just suck at competent festival reviews, since I don’t take notes

) Right out of the gate, I was blown away by the music! Thursday night standouts were Gnarbot, a young band in the direction of progressive rock, with distinct King Crimson influences. And Moon Hooch, a band that was as out there as it gets, brass led jams that touched into Miles Davis space. Jaw-dropping.

From the video channel of Chris Cafiero

Friday’s lineup was also powerful. Splintered Sunlight with the only full up GD/JGB set of the weekend. While I’m beginning to lose my interest in the 10,000 choices of Dead Cover bands these days, I have to admit that they did a real good job and captured my interest. Out of the Beardspace was a whole lot of fun too, with a certain youthful energy. It will be interesting to see how they evolve over the years. fOUR, a one man show on the second stage who, covered vocals, keys, bass and percussion simultaneously.

And I loved Marco Benevento’s high energy set. Saturday’s set highlights were Zachademy of Music (a collection of young talent), PanSong, a band formed around the beautiful sound of pan drums). Ghost Note, a more Urban funky band (my first glimpse of MonoNeon). Another full set of “Out of the Beardspace”, followed by (for me, the primary attraction) Medeski, Martin & MonoNeon (MMM?): Medeski, Martin and MonoNeon: I’ll be frank, I’m an avid MMW fan and this strange new lineup was either going to be really interesting, or a huge disappointment. Had it not been for M&M’s presence, I might’ve passed on this festival. While I’ll always opt for Medeski, Martin and the absolute monster talents of bassist Chris Wood (MMW), that wasn’t what was being served here.

I didn’t know much about the new bassist, MonoNeon, but I was willing to take the musical adventure. MonoNeon was apparently the hot bassist formerly from Prince’s touring team. I’m happy to say that I loved the set. I think MonoNeon’s presence forced Medeski and Martin to be on their toes and drive the music harder than they normally would. Because MonoNeon is a relative newcomer to M & M, the music was forced into new improvised territory. If there actually was a setlist, there were very few references to MMW’s body of work. This was all new music, created in real time! Very out there and amazing, with seamless transitions from crazy space voyages to monster jams. I think they blew more than a few minds with that set.

From the video channel of Chris Cafiero

That said, I found MonoNeon to be somewhat mono-dimensional, especially since he stuck with only one bass. Clearly talented, and able to allow Medeski & Martin to do what they do best. But relatively straightforward, albeit relatively complex playing, against two other musicians who have absolutely zero interest in playing their instruments in any sort of classic way. (I joke “I guess nobody ever showed Medeski what his instruments were supposed to sound like!”) It would be interesting to see MonoNeon develop within this trio.

Later in the set, they were joined by Bearspace’s guitarist and vocalist. I was about as musically entertained this weekend as I ever get! Diverse and interesting music coming from both stages. My only regret was not working the stages even harder, but sometimes swinging in a hammock in the shade or making a big sandwich back at the van while music wafts to you from the distance, still counts. Second regret was not participating in the abundance of workshops, which there was plenty to choose from. (Had the music been less interesting, I might’ve hit more workshops). I do however appreciate that so much effort was placed into planning and hosting of the workshops.

The MVP of the weekend was the spectacular weather! After having so many weekends in a row severely marred by weather, this was so welcome! It was perfection! Total hippyfest! The perfect campout! I reveled in my ability to be a dirty stinky hippy! My dirty feet, my mountain biker stink (my only bathing was in the lake), etc. Everything covered in dust. You should’ve seen the dirt I washed off of me when I showered at home! The gear took hours to clean!! And of course, arriving home dead assed tired. Ass kicked 100 ways….the mark of a truly spectacular weekend. What more can I ask for: Perfect weather, gorgeous campground, a pretty little lake, amazing music, friends to hang out with, and for me…some new places to go mountain biking! Hats off to the organizers, volunteers, bands for everyone’s efforts. 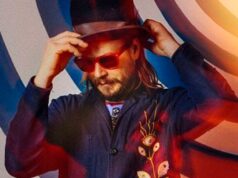