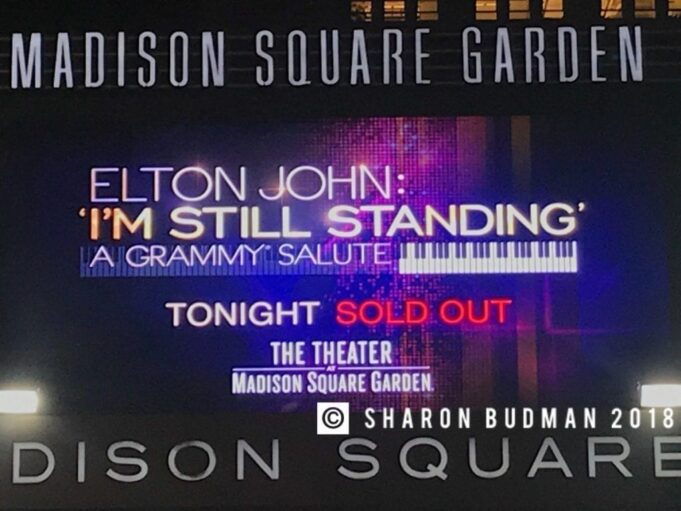 WOW – What a treat it was…. I guess you could say I kinda like the glitz and the glamour; it’s nothing too new for me.

Having once been in the audience of an awards show in LA in the 90’s (The Cable Ace Awards), this seemed like it would definitively be a really exciting event.  Oh boy, was it fun! When I purchased the ticket, in December, just about six weeks before the event, there really wasn’t too much information available other the name of the show Elton John – I’m Still Standing – A Grammy Salute, a few named performers with more to be added.

The show was scheduled for Tuesday, January 30 at the Theater at Madison Square Garden, two days after the 60th Annual Grammy Awards. 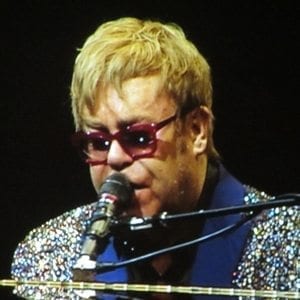 Fast forward six weeks later, I entered the Theater along with over five thousand fellow attendees, some of which who were quite famous (present company excluded). Being that the event was a “live” taping of the show, no photos or videos were permitted. The stage was set with a classic black grand piano on one side and the band set up on the other with lots of space in the middle. All of this was in front of a digital backdrop which displayed graphics during the performances and videos of past concerts during the set changes and breaks. The actual show is set to air on CBS sometime in April 2018.

Check out the news story on the farewell tour announcement by Elton John here.

The night was a fabulous celebration of the musical partnership of Elton John and Bernie Taupin.  The evening consisted of two musical hours of the talented artists paying tribute and singing a variety of Elton John classics as he, Bernie, and David (his husband) joyfully watched from the first row. After this more than spectacular array of talent and an award presentation, Sir Elton John himself took the stage, performed several songs and had the crowd on its feet. As if that was not enough, to close out the show, Elton, accompanied by these special guest this evening, concluded the performance with the title track of the show: “I’m Still Standing.”

This event was truly a salute to the incomparable Sir Elton John and Bernie Taupin.  Bernie Taupin is the genius lyricist behind the music catalog and Sir Elton John is the musical genius who put those words to music. Sir Elton John is a true showman in every sense of the word,  from his outrageous stage outfits to his signature shades and incredible stage presence;  he is a masterful, brilliant pianist, singer, and philanthropic humanitarian.   He has earned 35 Gold and 25 Platinum albums along with 5 Grammys, an Oscar, and a Tony Award.  This evening, he and Bernie were awarded the Recording Academy’s highest honor, The President’s Merit Award. 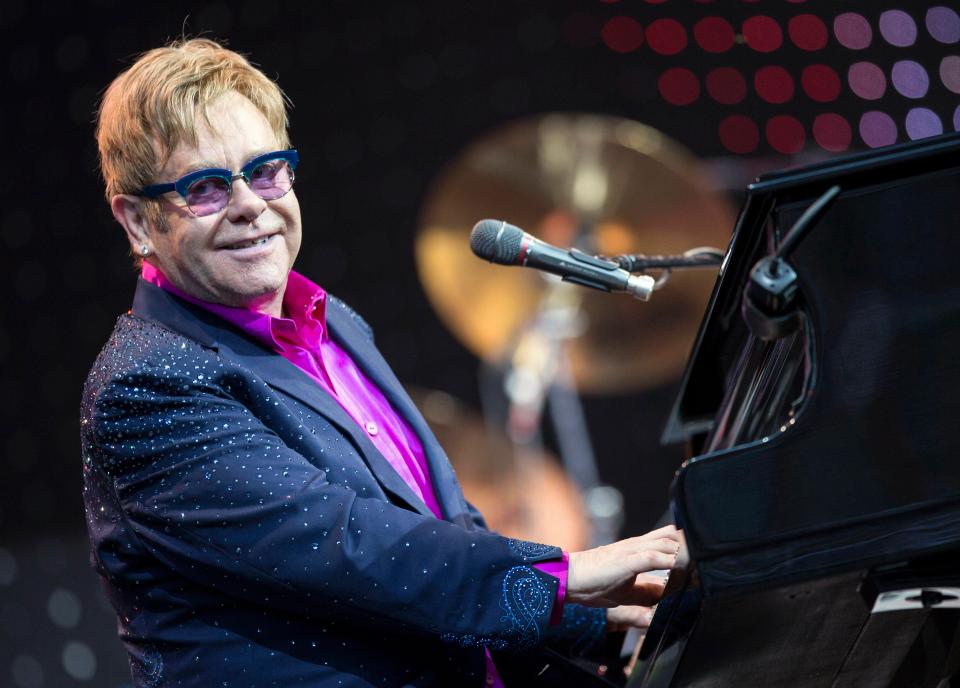 In November 2017, Elton John released his latest musical compilation, the “Diamonds- the ultimate greatest hits collection” consisting of his biggest hits from 1970 – 2016.  This release was in commemoration of the 50th Anniversary of his musical partnership with Bernie Taupin.  Then, just one week before this Grammy Salute show, Elton John announced his upcoming retirement from touring by launching his final tour – Elton John Farewell Yellow Brick Road Tour.  This will be a three year, 300 city global tour which will conclude in 2021.  As Bernie said that night, “Now for Phase 2: we’re not done yet.”  The pair is looking forward to writing and recording more music.

All I can say is, if you have an opportunity to get a ticket to the Elton John “Farewell Yellow Brick Road” Tour – DO IT!! Don’t think about it – Just DO IT!! I’m Still Standing, Yeah, Yeah Yeah… and I’ll be there – Catch ya on the Yellow Brick Road!! ????

From the video channel of GagaMediaArchives

Editor’s Note:  The date and time of this event’s broadcast is now set:  April 10 2018 9PM ET/PT on CBS. Like many other iconic legendary performers from his generation Elton John went on a very successful run in Las Vegas.  John sold out well over 200 performances in seven years in the desert, an amazing feat for any live performer.