To submit a review or story for consideration hit us at lmnandr@gmail.com Check out the Live Music News and Review.com Facebook page for updates and announcements. Tom Petty, classic American rocker, has died according to multiple sources. The musician was found in full cardiac arrest and unresponsive on Sunday night at his home in Malibu. When rushed to the hospital, a decision was made to pull life support, according to TMZ. He first achieved fame with his song “Breakdown” as Tom Petty and the Heartbreakers in 1978. Born in Gainesville, FL, Petty overcame a difficult relationship with his abusive father.  He decided to pursue music as a career after dropping out of high school to join the band Mudcrutch. Stevie Nicks of Fleetwood Mac fame duetted with Petty, first on “Insider,” then “Stop Draggin’ My Heart Around,” off her first solo album, Bella Donna. https://www.youtube.com/watch?v=6UD0c58nNCQ “Music, as far as I have seen in the world so far, is the only real magic that I know.. There is something really honest and clean and pure and it touches you in your heart.”  Tom Petty Petty is best known for his career with his backing band the

Heartbreakers and supergroup the Traveling Wilburys with George Harrison, Roy Orbison, Jeff Lynne and Bob Dylan. He had a reach that went far beyond his fan base including tours with Bob Dylan and the Grateful Dead dating back to the 1980s. That tour was dubbed the Caravan of Rock tour and was in stadiums throughout 1986.  There was also the True Confessions tour that was Bob Dylan and Tom Petty often with Stevie Nicks on backing vocals.  This was followed in 1987 by the Temples in Flame tour which was the final extensive tour with Petty and Dylan together. In 1988, Petty joined George Harrison’s supergroup the Traveling Wilburys, along with Bob Dylan, Jeff Lynne from Electric Light Orchestra, and Roy Orbison From the YouTube channel of WORK4ROCK: https://www.youtube.com/watch?v=G4vtimQjbBI Petty had been on tour this past summer.  There is currently an  outpouring of grief from his loyal fans. Read Paul Murray’s review of his performance in June 2017 HERE. Petty continued to get back together with his music friends including this recent video with Nicks. https://www.youtube.com/watch?v=bN9OHDssYSE Tom Petty in a surprise move released multiple albums with his original band before the Heartbreakers called Mudcrutch.  Returning to bass and this pre fame lineup was a refreshing move in a rock and roll industry filled with stars who are short sighted about their own history.  The band was originally active in the early 1970s before and was formed in Florida and eventually relocated Florida to California upon signing a record deal. They reformed in 2007 with most of the original lineup.  The band was formed with Petty and Tom Leadon who played together in bands prior to Mudcrutch and went through a variety of personnel changes. After the success of their first reunion album in 2008, which made it top 10 on the Billboard album charts, the band released a second album in 2016, titled “2”.  The band them embarked on a tour which included major festivals like Bunbury and Summercamp.  The second album hit #10 on the charts. https://www.youtube.com/watch?v=HlYeq5f9lqM   Petty began his career as an indie rocker with his friends, became an upstart chasing the giants of classic rock in the 1970s, evolved into an icon of American rock music ascending the radio rock genre all the way to the Super Bowl stage, only to return to his roots at the pinnacle of his career.  May he rock out in peace. To submit a review or story for consideration hit us at lmnandr@gmail.com Check out the Live Music News and Review.com Facebook page for updates and announcements. 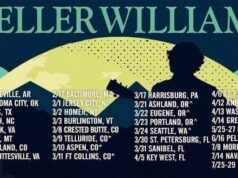 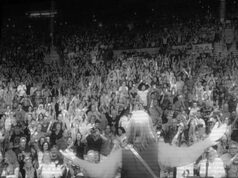