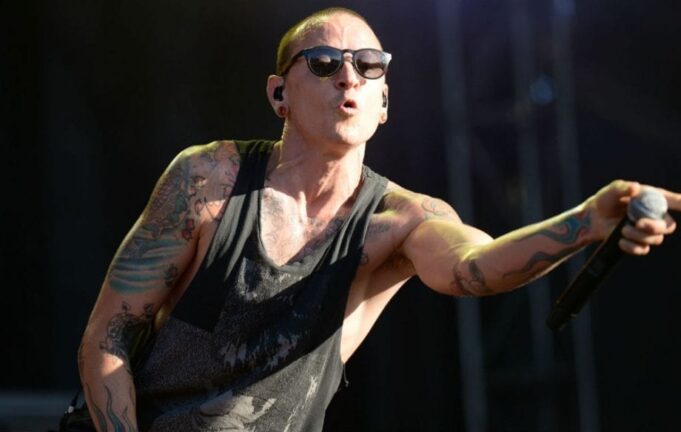 This has been a tough year already with many artists that we love passing away unexpectedly from Chris Cornell to Greg Allman to Colonel Bruce Hampton to Allan Holdsworth to J. Geils and now Bennington.  Many huge musicians have been lost of late including Chuck Berry, Larry Coryell, Clyde Stubblefield, Al Jarreau, Prodigy of Mobb Deep, and others. Bennington is survived by his wife Tammy and six children. Bennington had been vocal about his struggles with drug and alcohol addiction. He expressed condolences when his friend Chris Cornell of Soundgarden was discovered unresponsive of a medication overdose in Detroit back in May- he often joined Cornell onstage to sing Temple of the Dog’s “Hunger Strike.” From the YouTube channel of Soundgarden Videos: https://www.youtube.com/watch?v=lNEG5qaflnU Many thought that 2016 was a tough year with the loss of so many stars and sadly it seems that 2017 is turning out to be no more optimistic. Our thoughts are with Bennington’s family, friends, and bandmates and we at LMNR strongly encourage those who are thinking of taking their own life to seek professional help. Call the National Suicide Prevention Hotline at 1-800-273-8255.  Text CONNECT to 741741. Help is always available. Linkin Park formed in the late 1990s in Agoura Hills, California. The band rose to international fame with their album Hybrid Theory debuted in 2000 and was certified “diamond” by the RIAA in 2005. The band’s sound melded metal and rap in their debut and continued with their follow-up album Meteora in 2003. The group is considered a pioneer in the metal genre with its distinctively heavy, yet approachable, style to music. More details to follow. https://www.youtube.com/watch?v=Q17BIgFLiQo National Suicide Prevention Hotline: 1-800-273-8255 To submit a review or story for consideration hit us at [email protected] Check out the Live Music News and Review.com Facebook page for updates and announcements.