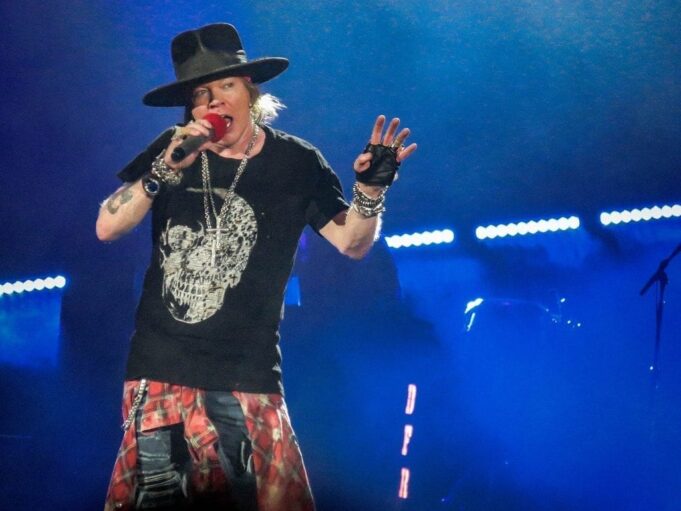 Guns N’ Roses Tour Leading 2017 To submit a review or story for consideration hit us at [email protected] Check out the Live Music News and Review.com Facebook page for updates and announcements. We don’t always think of concert tours as grossing total amounts. Instead we usually think of individual shows in terms of how many people attend, how much money is made, and how a band performs. But total earnings for tours are tracked, and as a result we can definitively say which is the most successful of the year. That honor goes to Guns N’ Roses’ “Not In This Lifetime” tour, which grossed over $150 million in the first six months of 2017. That tops the second place tour (U2’s “The Joshua Tree” anniversary series) by more than $30 million, which is a pretty remarkable feat. It’s further emphasis of just how well Guns N’ Roses has done not only to make a comeback, but to reestablish itself as a legitimate force in modern music. Granted, most of the people packing arenas and concert venues to see the old rockers play are fans that have remained loyal through the years. But the group has also done its best to reach out to younger audiences and establish new fan bases. In part this has been done through the appeal of Slash in pop culture. Because of his iconic look (long spring black hair curtaining his face on either side with a dark top hat and often dark sunglasses), Slash has almost become a sort of character even to a lot of people who didn’t grow up watching him play guitar. He’s appeared in video games as a kind of rock ‘n’ roll mascot, and was even mocked in a good-natured manner in a South Park episode that treated him like Santa Claus. All of this helped to bump up his image, so that when he reunited with the band it was probably an instant publicity boost with younger generations. The band has also similarly promoted itself through outreach in video games that goes beyond Slash to include the whole group, and even some of its most recognizable tunes. This has been done largely through online casino gaming platforms where games based on licensed properties are often among the most popular. The use of graphics representing the band members, as well as background audio pulled directly from hit songs, serves to make an ordinary slot reel a little more exciting for players. And given that it’s often younger people who are perusing these sites online, it also serves as additional outreach for new GNR fans. Above all else the impressive tour numbers for Guns N’ Roses can best be explained by the fact that the group still rocks on stage. Plenty of older bands get together for reunion tours or even one-off performances. And while it’s always nice there are often reviews suggesting the members have kind of lost their edge. That’s not the case at all with GNR. The group recently closed out one leg of its tour with one of Israel’s largest concerts ever, playing to 62,000 people in Tel Aviv. It was said to be a memorable, high-energy performance that had fans in a frenzy. That’s the norm for Guns N’ Roses even decades after the group’s glory days. Young and old fans alike can still appreciate what these guys do live, and that’s why they’re on pace to have the most successful tour of 2017. From the YouTube channel of Keiffer GNR: https://www.youtube.com/watch?v=UPUcmVB4Bac Upcoming Guns N’ Roses North American Tour Dates: October 8, 2017 – Philadelphia, PA @ Wells Fargo Center October 11, 2017 – New York, NY @ Madison Square Garden October 15, 2017 – New York, NY @ Madison Square Garden October 22, 2017 – Boston, MA TD @ Garden October 26, 2017 – Cleveland, OH @ Quicken Loans Arena October 29, 2017 – Toronto, ON @ Air Canada Centre November 2, 2017 – Detroit, MI @ Little Caesers Arena November 6, 2017 – Chicago, IL @ United Center November 10, 2017 – Houston, TX @ Toyota Center November 14, 2017 – Tulsa, OK @ BOK Center November 17, 2017 – Las Vegas, NV @ T-Mobile Arena November 21, 2017 – Oakland, CA @ Oracle Arena November 24, 2017 – Los Angeles, CA @ Staples Center November 25, 2017 – Los Angeles, CA @ The Forum To submit a review or story for consideration hit us at [email protected] Check out the Live Music News and Review.com Facebook page for updates and announcements.