Bon Iver made a greatly appreciated comeback this year. Five years since his beloved 2011 album “Bon Iver, Bon Iver”, frontman Justin Vernon releasing his third studio album under the Bon Iver moniker, “22, A Million” to mass critical acclaim. If you want to see Bon Iver live soon, the good thing is that you can. The bad news is that you’ll have to be in New York or Europe and have bought your tickets already, as all shows are sold out through February.

The band, which had a brief run of dates on the west coast this fall, will be something of a fixture in New York for the first couple weeks of December. They will play five consecutive shows starting on December 3 at Brooklyn’s Pioneer Works. Following that will be shows at the Capitol Theatre in Port Chester, the Hammerstein Ballroom, the Kings Theatre, and Music Hall of Williamsburg. After a few weeks off, the band will head off for their European tour, with dates in Paris, Frankfurt, Luxemburg, Oslo, and Stockholm, among others. After the last date of their European tour (London, on February 20th), they have no shows scheduled until the Primavera Sound Festival in Barcelona in June.

Those months off seem like a perfect time to plot a new tour that would bring Bon Iver across the United States. Coming off the heels of a successful, long-awaited album, it would be a perfect time to strike. With Vernon’s ties to the Midwest (coming from Wisconsin), it is very likely that he would schedule dates in large Midwest cities such as Milwaukee, Chicago, or Cleveland. Fans are bound to come out, not only for a chance to see Bon Iver live but to see how his new, more electronically-focused music works in a live concert setting.

Then, of course, there’s the proliferation of summer festivals in the United States that surely have Bon Iver in demand, the big three being Coachella in California, Lollapalooza in Chicago, and Bonnaroo in Tennessee. Vernon has already given his negative opinions regarding Lollapalooza and he might feel the same about the other two festivals as well. It is possible that Bon Iver could appear at a smaller, but still well-attended festival, such as Chicago’s Pitchfork Music Festival.

With Bon Iver already having plenty of dates announced for the first couple months of 2017, it is very likely they will be touring for a good duration of the year. We can only hope that anyone who wants to see them gets their chance. 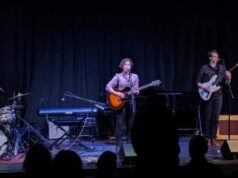 May Erlewine comes to Vermont 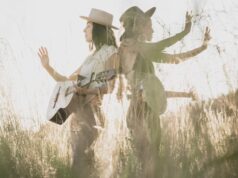 An Interview with Rising Appalachia 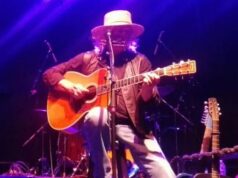