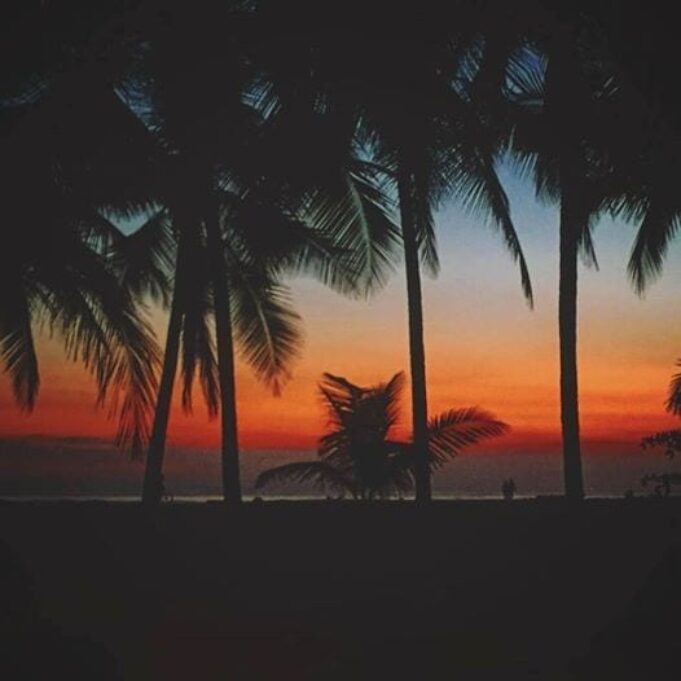 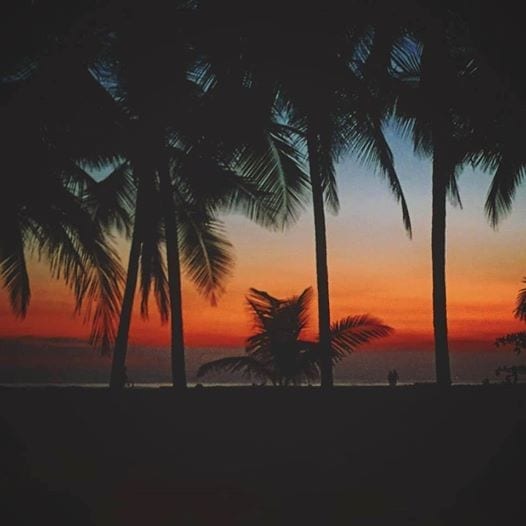 Photos by JMS Art and Photo

So after days in Costa Rica we were getting used to things- the intense heat, the night life that included elements that are definitely not common in the US, and a festival whose view includes an amazing pool and palm trees!  The mellow vibe, the mood of attendees, and the great energy coming off stage had become the definitive traits of Jungle Jam.

We spent the day relaxing, pool side, wandering Jaco beach, the local shops and even an excursion to a craft beer pub in downtown Jaco.  A cab ride took us the couple of minutes up to the resort easily, and we walked in when Ryan Montbleau was on stage already.  Now I have seen Ryan from afar at Wormtown and Strangecreek and a million other times dating back to the first time at the House of Blues in Cambridge opening for ulu probably 15 years ago or more.  I’ve always had an admiration for his progress and ability to deliver a song.

But it was different this time.  He was working solo and he was making a real genuine connection with the intimate crowd.  He unfurled a wide variety of songs including both originals and covers.  His originals were engaging, and really seemed to fit both the setting and his take on life and living.  It was easily the most impressed I’ve been with his performances.  When he began a cover of Tracy Chapman’s Fast Car I was not surprised one bit, though his cover of part of Sgt Pepper’s was enough to surprise me for sure.  The crowd was engaged and everybody was just having a great time.

During the break we took some rest time in our friend’s room and the air conditioning while others went to the pool for what sounded like a great DJ set.  After a time Oteil and Friends took the stage for their second night with Jeff Sipe on drums, Jason Crosby on keyboards and vocals, Scott Murawski on guitar and vocals, John Kadlecik on guitar and vocals and Oteil Burbridge on bass and vocals.  The stage set up was similar to the night before but Scott and John switched places in the center of the stage, which didn’t seem to change things altogether too much.

So we got some of what may be expected from this band, and some things we may not have expected.  They opened with Shakedown Street and all the players show easily why they are at the top of the heap so far as this music is concerned.  One may have wondered whether we were in for another Dead oriented set based on the opener but Oteil quickly cleared that up saying that we would get a bit of a mix.  Stop that Train as the second song was proof of what would be more of a mix.  The highlight of the entire weekend for me was the third song, an original penned by Robert Hunter and Scott Murawski while he was in the Bill Kreutzman Trio along with Oteil.  Thunder is a great song but the true highlight was something that everyone was hoping to see all weekend, a lead guitar battle and cooperation between John Kadlecik and Scott Murawski.  The result was everything you could hope for, and a great departure from the well worn Grateful Dead trail- explorations in new forms and pathways lead to the most vibrant music of the whole weekend, for me.

The rest of the set included covers in a wide variety with JGB’s Catfish John, The Meters’ Funky Miracle, Van Morrison’s Dweller on the Threshold, the Neville Brothers’ Yellow Moon- which was the highlight of the set for my wife who loves both the original and this band’s take- the Dead’s Tennessee Jed, The Police’s Walkin in Your Footsteps, and a Grateful closer in the suite of Help on the Way -> Slipknot -> Franklin’s Tower.  All were executed with precision and in a short period of time this band, thrown together for this unique occasion, proved that they could go out ensemble at any moment and crush the festival circuit.

The night continued with an all star jam that went into the night, but alas after so many days of heat and good fun we were ready to return to Jaco.  We had one more good meal at Isaga, a little neighborhood bar that we adopted as our own in the short visit we had there.  And then it was up in the morning for our van trek across Costa Rica and a plane back to New England.  We were greeted by frigid temperatures as we landed at Logan Airport- and the whole trip seemed almost to be a mirage-  were we just in Central America or was that just a long fantasy?

Photos by JMS Art and Photo