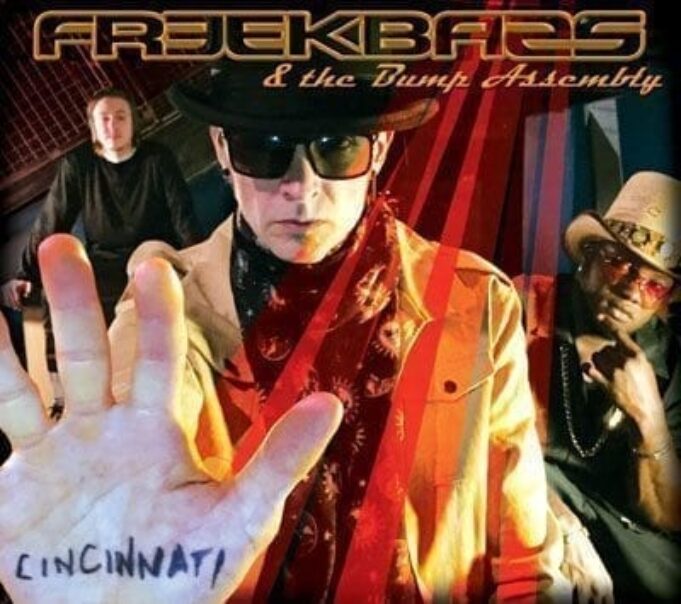 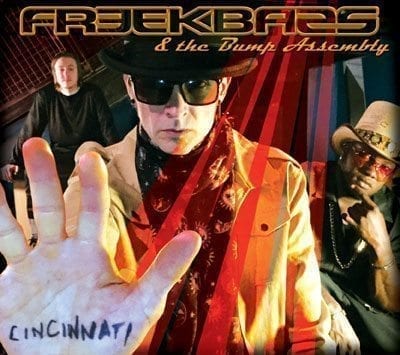 New Years Tour through the Southeast

Freekbass & The Bump Assembly announce a New Year’s run through the Southeast, visiting Georgia and Florida over the holiday weekend.  The tour begins with a stop in Jacksonville at Jack Rabbits on 12/29, followed by two Tampa-area stops, Aces Live Music in Bradenton, FL on 12/30 and then on New Year’s Eve the funk master will be at the Dunedin Brewery in Dunedin, FL on 12/31.  They then make their way to Georgia for two new year stops, one in Macon at The Hummingbird on 1/1 and rounding out the run on 1/2 in Columbus, GA at The Loft.  This SE tour is in support of their new album, CINCINNATI, out on the national record label Ropeadope Records.

Freekbass shows have gained legendary status over the years for the music, showmanship, and the “you never know who will show up” status. The new Freekbass album, CINCINNATI, is a culmination of all projects Freekbass has worked on in the last few years. From the funk of his own touring band, The Bump Assembly, to the electrofunk of side project Headtronics with DJ Logic, Steve Molitz, and keyboard genius Bernie Worrell, to the funk schooling from friend and mentor funk legend Bootsy Collins, this album showcases it all.

Freekbass once again teams up with Producer Duane Lundy who produced his last album “Everybody’s Feelin’ Real.” Says Freekbass, “With the last album, ‘Everybody’s, Duane and I were just starting to know each other. On this album, we have since worked on many projects together and thus have a strong feel and vision where we want the music to go. Plus, I had taken some time off from touring with my own band before starting the last album. With this one, we have been hitting it pretty hard on the road as a band, so we were used to playing together. Plus, we spent a lot of time on writing songs and preproduction before we even got in the studio. With all of the touring leading up to the recording, I feel more confident as a player, singer, and songwriter than I have in a long time.”

The title of the album comes from Freek growing up in the rich musical sounds of Cincinnati, OH, home to label King Records, where James Brown recorded many of his hit records, and many other artists, ranging from artists from the Afghan Whigs to Midnight Star. Says Freek about naming the album CINCINNATI, “I’m asked a lot in interviews outside of Cincinnati if I would be playing music if I grew up somewhere else. I am sure I would, but not sure it would be funk. Cincinnati and Ohio have such a strong funk tradition, you heard and felt it no matter what part of the city you grew up in. Since we are not NYC or Los Angeles, I think the funk here had to yell a little louder which is where the Ohio and Cincinnati funk sound came from. Cincinnati is a major part of why I sound like I do, and the reason I am inspired to play music which is why it was an easy choice when it came to naming the album.”

As well as Freekbass on bass, vocals, guitar, keys, and a little harmonica, the album includes the other members of Freek’s touring band, The Bump Assembly. Big Bamn plays the drums, vocals, percussion and some additional production work. Dan Barger lends his tenor and baritone saxophone sounds to the album, along with newest Bump Assembly member, Jason Burgard, on tenor saxophone. Vocal powerhouse and former American Idol performer, Elise Testone, adds her vocals to some tracks, and Grammy winning songwriter (Smooth-Santana) Itaal Shur (and another Cincinnati native) co-writes two songs on the album.