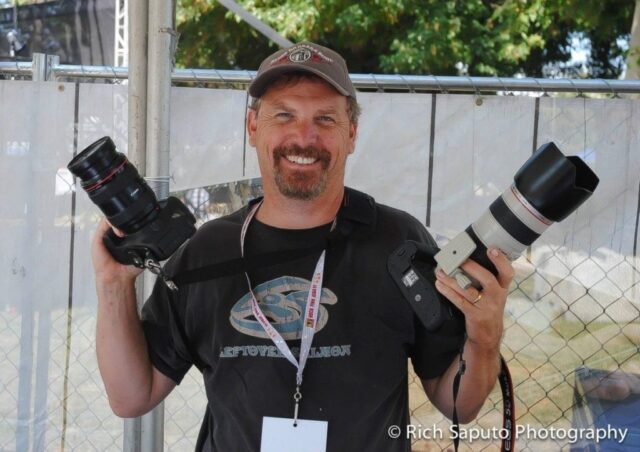 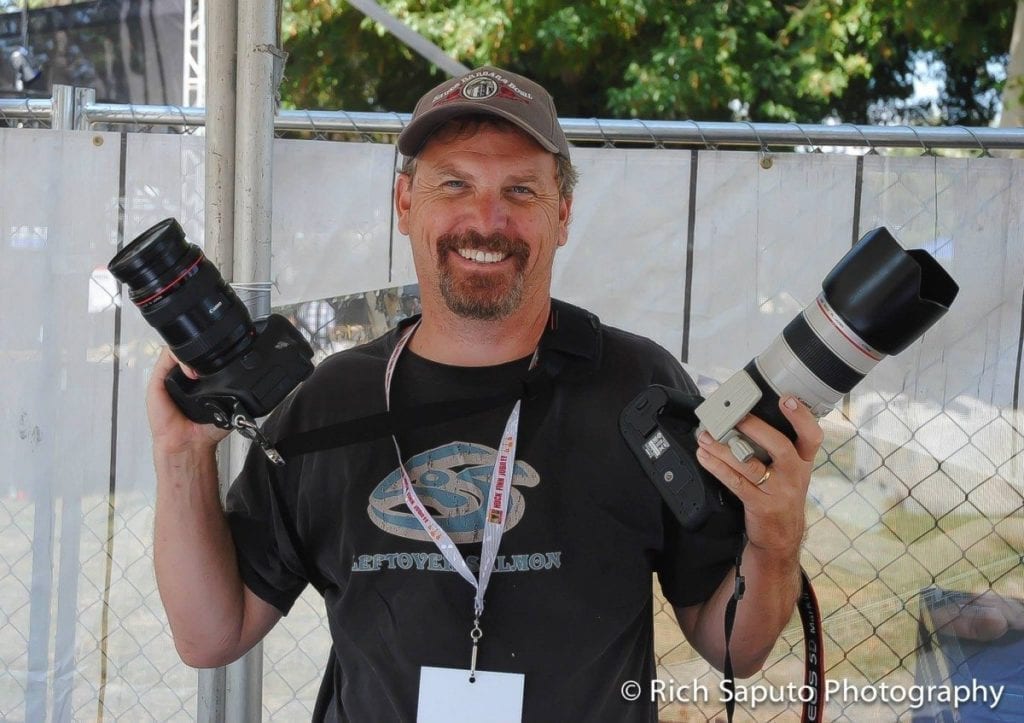 For a photo gallery of shots that Steve took at the event, visit his gallery page.

Located in Ontario, CA, just east of Los Angeles, the Huck Finn Jubilee Bluegrass Festival is just a blip on the festival radar.   Shhhhhhh…..the attendees like it that way!  Featuring an intimate setting with a heavy hitting line up, Huck Finn is raising eyebrows and dropping jaws.  This easily accessible festiva

l just off the I-10 is a family friendly camping experience offering small lakes, swimming pools and a children’s water feature area.   The festival’s vendors provide a unique shopping experience and a tasty food menu, highlighted by grilled cheese, smoked pizza and the Buffalo Truck.

Huck Finn uses traditional bluegrass festival seating during the day with lawn chair seating.   As the evening kicks in with the last two acts the chairs are removed and dancing prevails.  It is easy to move close to see your favorite act, the vibe is open and friendly.  If you are used to festivals with long lines, crowds and overbearing security, then this festival will be a breath of fresh air.

Then there is the heart of the festival…the music!   This year’s line-up rolled out one picker and grinner after another.  Folks lucky enough to make the kick off were treated to the fantastic musicianship of Bella Fleck, Abigail Washburn and Grammy Award winning bluegrass legends The Del McCourty Band.

Day two got rolling Ricky Skaggs and the Kentucky Thunder.  Ricky got everyone going with his superb mandolin picking and positive vibe.  The next act, the much anticipated Steve Martin and the Steep Mountain Rangers

brought a huge roar from the crowd.  The renowned comedian and accomplished banjo player took the stage smiling and waving to the crowd.  Their set featured entertaining music with satire weaved throughout the lyrics.  As one might expect from the brilliantly “funny guy”, Steve Martin entertained the crowd between songs with jokes and witty remarks.  “My banjos are like my babies…so I’m pretty sure one of them isn’t mine.”  As Steve Martin and the Steep Mountain Rangers ended a standing ovation was definitely earned.

As night dawned on day two and the sun began to set, the chairs were picked up and the Jeff Austin band took the stage.  This four piece band created a real nice dust up and promptly put the JAM in jamgrass.  The headliner of day two of the Jubilee was Railroad Earth.  They were recently featured on Warren Haynes new album, Ashes and Dust and will be sharing tour dates with him later this summer.  The drum kit and light show made their first appearances and Railroad Earth excited the crowd with their fluid jams and multi-purposed instrumentals.   The evening on the big stage was topped off with a fireworks show.

Just because the big stage was unplugged and the lights were dimmed it didn’t mean the music was done for the night, the campground sessions were just beginning.  In the RV section of the campground a group of more than 30 extremely talented amateur musicians traded licks late into the warm night.

Sunday brought a fresh line-up and a hot sunny day on the festival grounds.  The Infamous Stringdusters started out the day with some bluegrass tracks and were the perfect warm up for Keller Williams and Grateful Grass.  The crowd was on their feet and grooving as the Stringdusters backed Keller.  Together they put a new bluegrass twist on some Grateful Dead classics.  Envelope filters on a Dobro, quick and clever time changes and foot stomping back beats kept the groove exciting and fun.  It was a true highlight in the heat of the day.

Greensky Bluegrass drew the first evening shift. The band was smoking hot as they picked and grinned while the sun faded and the warm day cooled.  As Joe Craven introduced the final act of the weekend, the festival came alive.  Leftover Salmon, a festival favorite everywhere, brought the polyethnic Cajun slamgrass out.  The festival circuit veterans tore up the night with former Little Feat keyboardist Billy Payne playing tunes like O’Atlanta.   They were joined by Keller Williams and Joe Craven to make the full festival jam collaboration complete.

Huck Yeah!  The Huck Finn Jubilee Bluegrass Festival has something for all ages.  It is a festival that is so much fun that you want to tell everybody about it!   But remember…keep it a secret so this great vibe isn’t spoiled.