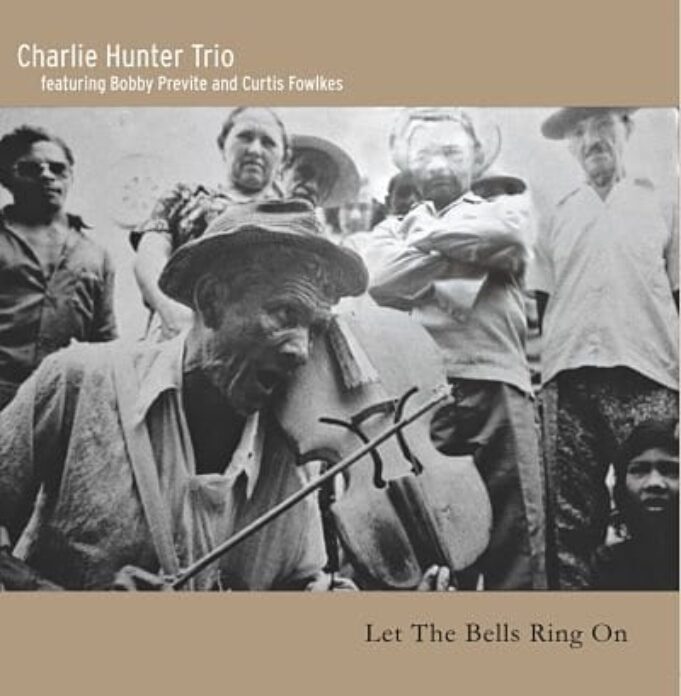 CHARLIE HUNTER TO RELEASE LET THE BELLS RING ON 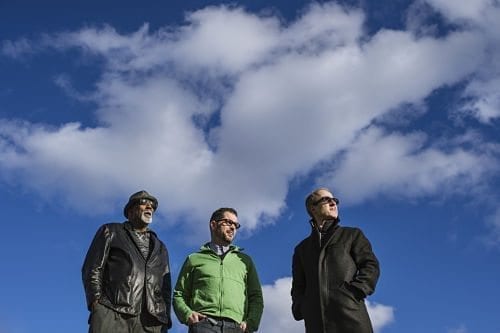 Previte and Fowlkes were both essential participants of the New York City “Downtown” scene in the 1970s. They’ve worked together in countless settings over the years. Fowlkes is a charter member of the Lounge Lizards and the Jazz Passengers, while Previte has over two-hundred plus original compositions and 25 albums to his name. Hunter and Previte have toured and recorded together in various all-star cooperative ensembles, such as Coalition of the Willing (with fellow renegades Steven Bernstein, Skerik and Marco Benevento) and more recently Omaha Diner, the de-constructivist quartet with Bernstein and Skerik. Their most extensive undertaking is the free improv project Groundtruther, a protean project that assumes a new form with each special guest (a list that encompasses more than three dozen players, including Greg Osby, John Medeski, DJ Olive, Peter Apfelbaum, Uri Caine and Jane Ira Bloom).

After several years of focusing on his stripped-down duo with drummer Scott Amendola, Hunter wanted to expand his textural possibilities both in the studio and on the road. Thus he made the call to Fowlkes and Previte to present the idea for this trio and its subsequent recording debut, Let The Bells Ring On.

With Previte in the fold, Hunter was looking to showcase a different side of the drummer’s playing. “He’s probably known as a composer more than anything else,” Hunter says. “But he’s always been one of my favorite drummers. He came up in the 1960s, and he has the beat. You have to have lived it to have that feel. Because of his composer’s mind, we can play the simplest groove and it becomes something really exciting and compositional.”

As for Fowlkes, he had previously called the trombonist for his 2003 quintet album Right Now Move (Ropeadope) and once again wanted his huge, soul-drenched sound and vivid palette for this new batch of compositions he’d been writing. “Conceptually, I’ve been doing a duo thing with Scott that I love, but I wanted to have that third voice,” Hunter says. “I wanted somebody with a vibe who understands free improv and Al Green and Frank Sinatra and Sam Cooke. I wanted someone who can sing on their horn. I needed Curtis.”

Exploring a variety of sonic spaces, the tunes range from the foreboding tension and release of “Anthem: USA” and the tautly cinematic “Fellini Farm Team” to the antic hoedown “Hillbilly Heroine Chic” and churchy waltz “Spence.”

“This trio can go anywhere,” concludes Hunter. “I envision it growing as we continue to get out on the road together. I think we’ll find it leads us to incredible places, musically speaking.”