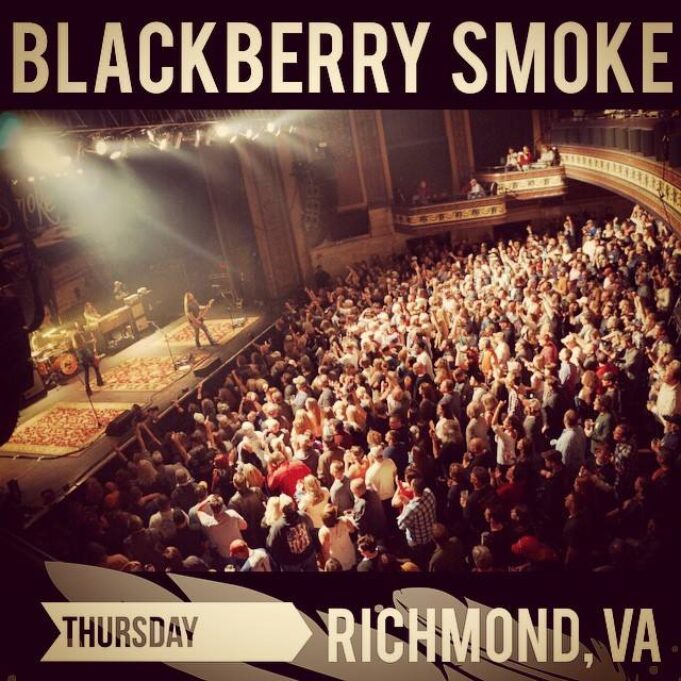 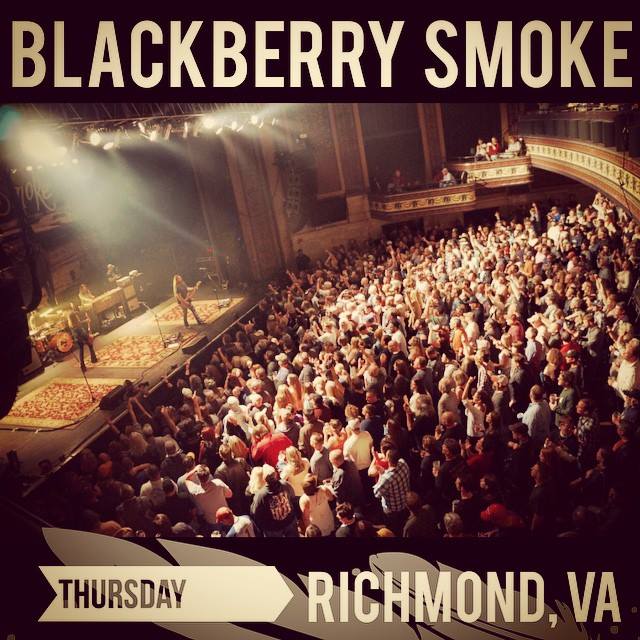 Blackberry Smoke is a breath of fresh air in the form of a throw back standard issue radio ready road tested American Classic rock n’ roll band. That statement might have you scratching your head, but in this digital new age, what once seemed run of the mill is now a freak of nature. Classic rock radio in 2015 might as well be the family gathering around the radio for FDR’s fireside chats, and touring bands are barely surviving unless they latch on to some sort of overblown traveling circus mega-festival sponsored by a corporate puppet master. And rock n’ roll, shit even I have to remind myself that rock even exists sometimes by dropping a crate of dusty old James Gang records on my foot.

On this rainy night in Richmond, the Atlanta band played some of the crowd favorites from their growing catalog, “Good One Comin’ On“, “One Horse Town“, “Six Ways To Sunday” and threw in a couple covers including The Rolling Stones’ “Street Fightin’ Man” and an amazing version of Led Zeppelin’s “Your Time Is Gonna Come” that featured Brandon Still’s swirling organ (yeah I said swirling organ).  Plus, and a ripping version of “Up In Smoke” which the band took an impromptu break from to watch as three “ladies” duked it out in the front rows. However despite a solid live show, this night belonged to the two opening bands.

Ben Miller Band from Missouri blew minds with psychedelic back porch bluegrass that was played with precision and sonic crispness that isn’t often associated with this type of organic home brewed musical gumbo. Doug Dicharry poured soul and sweat into his electric washboard while working the cry baby pedal, electric spoons, and trombone. Scott Leeper jumped from one string wash tub base to the drum kit all the while they both were singing their asses off. Over top this, Ben worked away on the fretboard and sang with conviction about every day heartbreak with great wordplay. Go see these guys.

Next up was The Temperance Movement, and the singer was the center of attention from the word go. Gritty gruff R&B vocals from a skinny Scotsman who danced away like some sort of mash up of Mick Jagger and Richard Simmons at the peak of an Ecstasy binge. I feel like I lost a lot of calories just watching the dude! The band delivered a 70’s style hard charging back drop that brought to mind The Black Crowes, Creedence Clearwater Revival, and Free. Go see these guys as well, you won’t be disappointed.

Blackberry Smoke deserves credit for the dedication to their music, but in my opinion, deserves more credit for being humble and respectful enough of good music in general to bring along two bands that on this night showed them up.