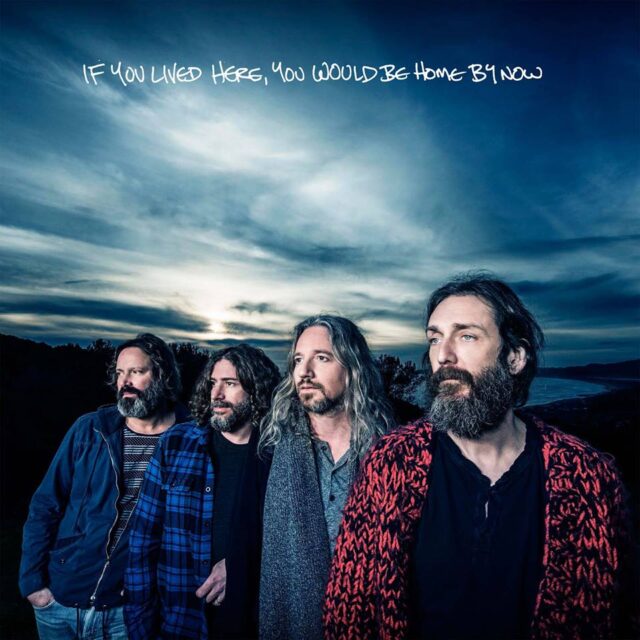 Chris Robinson Brotherhood announce today that Tony Leone has joined the band on drums. His first performance with The CRB will be this coming weekend at the Sunshine Music & Blues Festival in Florida, followed by a 14-date tour across the Midwest and East Coast in February. Leone’s arrival follows the departure of the band’s original drummer, George Sluppick.

He’d fill the drum seat when Helm stepped away to play mandolin and sing. A highly regarded studio and touring musician, Leone’s resume includes work with Shooter Jennings, Rickie Lee Jones and Donald Fagen among many others.

The Chris Robinson Brotherhood is currently touring in support of its latest release, Phosphorescent Harvest. Praised by Rolling Stone as “at once quirky, trippy, soulful and downright magnetic,” it’s the band’s third long-playing album for Silver Arrow Records. Robinson declares: “We’ve created a piece of rock ‘n’ roll here. People can look to us and rest assured the genre is alive and well.”

The CRB (as they are affectionately known by fans) made an immediate impact upon their boldly unconventional debut in early 2011. They would play close to 50 shows over nine weeks in California before ever leaving the Golden State. In fact, they’d wait until 2012 to truly introduce themselves nationally with the release of two sprawling studio albums: Big Moon Ritual (June 2012) and The Magic Door (September 2012), which showcase a freewheeling improvisational

chemistry, but with songwriting depth to back it up. The band would further develop their identity as a self-defined “farm to table psychedelic rock band” over a 118-show stretch. Late 2013 saw the fruits of this labor forever captured by legendary tape priestess, Betty Cantor-Jackson (Grateful Dead), on the eight-sided limited-edition vinyl release Betty’s S.F. Blends Volume 1, which documented a glorious five night run the previous December at San Francisco’s famed Great American Music Hall.

Only momentarily content with their auspicious rise, the Brotherhood reconvened with producer Thom Monahan (Vetiver, Beachwood Sparks, Devendra Banhart) shortly thereafter to record yet another set of ten songs that would become the 2014 release, Phosphorescent Harvest. Where Robinson had been the primary instigator behind the 14 compositions that populated the band’s first two releases, this latest effort documents his burgeoning songwriting partnership with Neal Casal.

It also finds The CRB refining its approach within the studio. The two previous recordings were for all intents and purposes cut live and released as tracked. For Phosphorescent Harvest, the band spent the better part of 2013 crafting a tried and true studio album. For many artists this would imply intentional neutering in the pursuit of commercial upside, but in Robinson and company’s hands, it meant utilizing the studio to harness their full sonic vision. Indeed, their expansive sense of space and texture has never been so fully realized until now. Casal expands on the process: “The approach was get to far out sonically, while retaining a certain focus on the central melody of each song. Psychedelia, sonic density, and expanded arrangements were the order of the day, but the songs are strong. This band is all about musical freedom. Boundary dissolving is our ideal. Boundary dissolving and a good ole’ Saturday night boogie.”