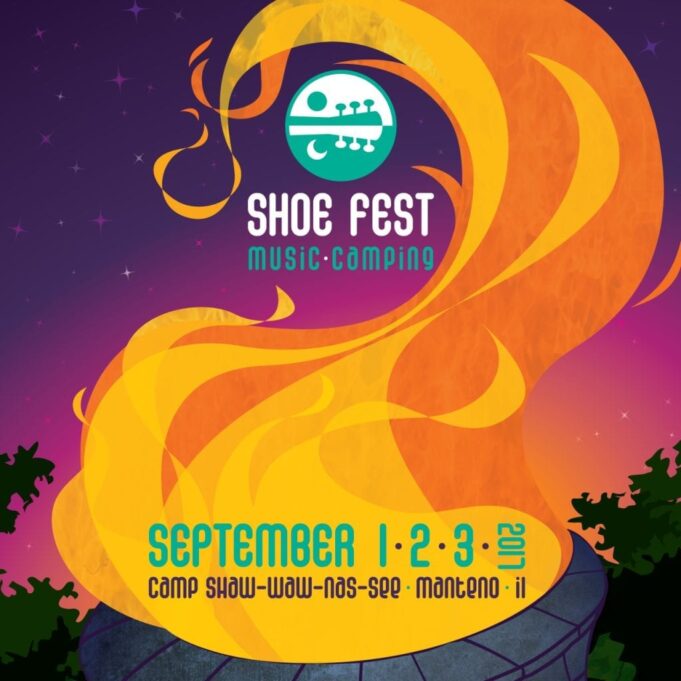 3 day music and camping festival Shoe Fest will be held at Camp Shaw-Waw-Nas-See in Manteno, IL on August 29-31. With an emphasis on roots music, such as folk, folk rock, bluegrass, and jamband, the festival began in 2011 and has grown to host a wide range of bands each year.

Headlining the event, five-piece Chicago-based Roots Rock n’ Roll band Old Shoe Old Shoe will delight audiences, promoting their album “Family,” which showcases the band’s diverse musical influences ranging from bluegrass to prog-rock to jazz. The album is said to have reached new heights from previous releases, with a star-studded guest roster featuring musicians from the Henhouse Prowlers, The Low Down Brass Band, and Chicago’s production of The Jungle Book.

The Wood Brothers will also be featured, whose three-piece set-up of brothers Oliver and Chris Wood along with multi-instrumentalist Jano Rix is an amalgam of vintage roots music.  Inspired by the blues, folk, gospel and jazz, the brothers’ renowned harmonies, slide guitar floor-stomping rhythms and intricate songwriting evoke a sound all their own.

Kansas powerhouse trio Split Lip Rayfield will be performing, promoting their latest release “I’ll Be Around,” taking listeners on a journey of love, loss, change, and dark powers. Split Lip Rayfield has carved out their own genre of music with their unique sound and instrumentation, often described as a mix of bluegrass and country with an accent of metal.

Also playing are the semi-traditional Chicago bluegrass band Henhouse Prowlers.  This award-winning, hard-driving bluegrass group is known for their exquisite harmonies, lightning fast picking, and sentimental ballads.  With a reputation for hard work and non-stop touring, their sound is inspired by the roots of bluegrass while branching out into a sound uniquely their own, playing original material, traditional songs, and contemporary covers.

The festival is all-ages, with ages 13 and under FREE when accompanied by a parent.  Tickets start at $40.  Cabins and RV passes are available. For more information visit the website at http://www.shoe-fest.com/.

Check out the video from 2013 Shoe Fest with Old Show and Allie Kral playing “Dust Bowl” below!